Smart South African entrepreneurs – lessons from the brains behind Yuppiechef

Smart South African entrepreneurs – lessons from the brains behind Yuppiechef 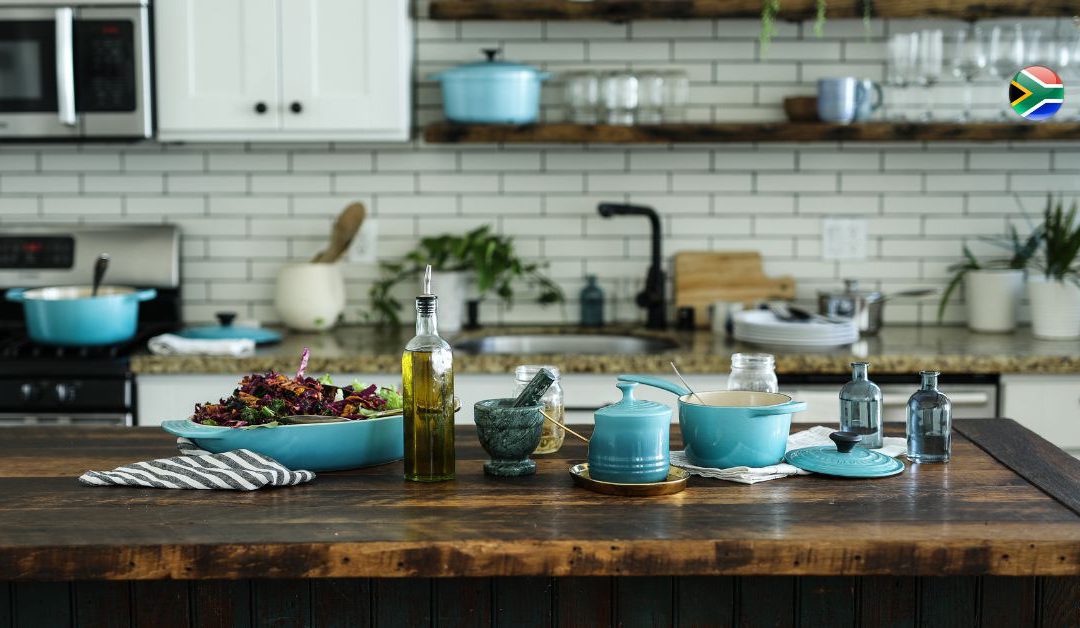 It’s a household name in South Africa, and for good reason. It’s a brand that stood the test of time and its humble beginnings make for one of the best kinds of stories – a tale that warms both the heart and ignites an entrepreneurial spark in people. Today Yuppiechef has eight stores around the country, as well as an online store that’s second to none and 15 years after it all began, Yuppiechef was bought out by Mr Price for a cool R460 million.

Where did Yuppiechef come from?

How did it all start?

Yuppiechef is an online retailer of kitchen and homeware products that was founded in 2006 by Andrew Smith and Shane Dryden in Cape Town, South Africa. 16 years ago, online commerce looked nothing like it does today. Both founders ran a web development agency when they first introduced Yuppiechef to the South African market. At first, it was headquartered in Smith’s home and the first deliveries were packed and shipped from his lounge.

Yuppiechef was one of a handful of ecommerce projects the duo were involved in at the time, and in 2010 the brand attracted huge media attention through guerilla marketing tactics that leveraged a national marketing campaign by retailer Woolworths called ‘Woolies Lovebirds’. Playing off a typo in the URL on the Woolworth’s campaign material, allowed Yuppiechef to register the misspelled URL, where they posted a ransom note requesting that Woolworths match any donations made by Yuppiechef customers to a local charity they supported. Woolworths took the ransom demand in good spirit and embraced the opportunity for a feel-good story – not only did they agree to match any donations up to R7 500, they also agreed to let Yuppiechef keep the ransomed webpage, as long as they added a link to the real Woolies competition. Yuppiechef went on to challenge other companies to match donations, and they quickly raised more than R100,000 for Soil for Life in under 12 days, bagging a Loerie award in the process. This was the only the start of a cult following that would grow for the brand, worldwide.

But they just sell kitchen stuff, right? What’s the big deal about Yuppiechef?

It all boils down to the handwritten card. Considered a pioneer in South African e-commerce, Yuppiechef was awarded the accolade of best eCommerce store in South Africa from 2010 – 2015 and 12 years after the South African online store, Yuppiechef took its first order, the brand opened their first brick and mortar stores in Cape Town and Johannesburg. In 2021, Mr Price acquired the Yuppiechef brand for R460 million, after which the founders resigned nine months later.

While there was no official comment from the founders as to the reasoning behind their resignation, Mr Price noted that the pair had “realised that the years of building the brand and getting the business to the place of sale have taken their toll,”  and that “Smith and Dryden also realised that their passion and skills were in starting up a business, and not second-phase growth and scaling.”

So what entrepreneurial pearls of wisdom can we glean from the Yuppiechef story and where do the handwritten cards fit into the picture?

These days, it’s completely normal to get a handwritten thank you card with your delivery from South African online stores. In fact, it’s probably a global norm by now. But it wasn’t always this way. In 2015, director Paul Galatis said the reason why Yuppiechef was so successful in capturing the hearts and loyalty of customers was based on their commitment to the notion that “generosity creates trust”.

Speaking at the e-Commerce Africa Confex that year, Galatis shared some insider stories on Yuppiechef’s strategies that helped them to perfect their craft in creating memorable customer service experiences in the online space.

Here are a few important lessons that Yuppiechef has taught other South African entrepreneurs, digital marketers and online stores:

The most successful e-commerce sites with the most loyal customers are ones that show customers they are dealing with “real people”. Chatbots are great for efficiency, but customers want to know that there’s a person who cares about them and their order.

To show their humanity, there are no scripted responses for customer service queries at Yuppiechef. Responses make use of everyday language and humour where appropriate to show customers they are dealing with real people on the other side of their email or Facebook post.

With generosity comes sacrifice. One ‘sacrifice’ made by the Yuppiechef team for their customers is giving up their time to handwrite personalised cards for every customer ordering through their online store. This ritual started in 2006, when the founders wanted to express their appreciation to customers for orders during their first difficult year. It was a gesture that did not go unnoticed, and customers were soon writing back, expressing delight at their personalised thank you card.

15 years later, these handwritten ‘thank you’ notes are an integral part of the company’s operations and core values. Today, every new employee who joins the company goes through an onboarding process where they spend time writing cards – from upper management to box packers, everyone has penned many thank you notes in their time.

Customers appreciate this small time sacrifice, and the generosity behind the gesture, and it is becoming increasingly important in a socially-distanced world where communication is becoming less personal.

Instead of spending R35,000 on a full page advert in a South African food and lifestyle magazine, Yuppiechef opted instead to give the money to the customer service team for a monthly “customer delight budget”. This translated to a budget of around R350 on roughly 100 customers, to be spent on activities centred purely on creating moments of customer delight.

The customer service team decides how this budget is spent – and whether it’s simply fast-tracking a delivery, sending a customer something special on their birthday or wedding day, or a surprise gift for returning customers, each moment of unexpected joy has successfully created a lasting positive impression and contributed to building an enduring customer loyalty.

Much like the Yuppiechef brand, FinGlobal is a South African company that takes great pride in providing personalised services that surprise and delight. We’re always ready to go the extra mile to help our clients make their international money moves, no matter how complex,  and our customer testimonials speak for themselves.