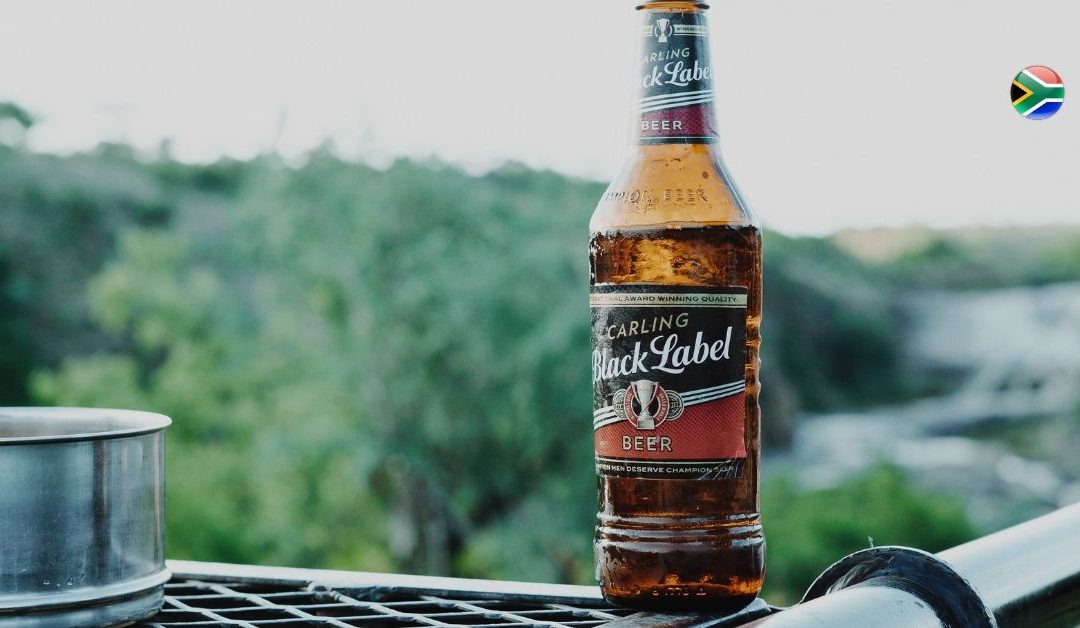 The British drink theirs warm, Americans drink theirs ice-cold, and South Africans prefer theirs chilled, thank you very much! What are we talking about? Beer! It’s a well-known fact that saffas love their beer!

Picture the scene: The crowd roars on TV, and Oupa thumps the armchair in frustration as the whole family watches the ‘bokke’ team sprint towards the try-line. Chips fly across the room as the bokke score a try in the final minute. Everyone is cheering and shouting as the points are scored, and victory is won! Afterwards, everyone settles down, ice-cold beer in one hand and biltong in the other, to discuss the game and where the players went wrong!  While armchair rugby is a popular sport in most South African households, it wouldn’t be the same without a delicious chilled beer.

Is beer in our roots?

Drinking beer is a part of our cultural heritage that stems back further than the days of the Dutch Settlers. It’s thought that the arrival of the Dutch and British brought the delicious flavours of beer to our sunny shores. After all, theirs is a culture steeped in beer brewing know-how. However, while Europe may have influenced our beer culture, they were way behind in terms of local beer.

In fact, beer drinking was a part of African culture long before those ships arrived on the horizon. Local tribes such as the Xhosa, Sothos and Zulus have been making beer since the dawn of time. Made from ingredients such as maize and sorghum, they certainly know how to produce a beer that packs a healthy punch. Many locals still brew their own tasty beer today.

As a saffa born and bred, it may be challenging to understand the reasons behind why some nations prefer their beer warm rather than cold. Of course, we all know there’s nothing like a chilled South African beer to wash away the heat and dust of the day. However, aside from the Americans who drink their beer ice-cold and in a chilled mug, some prefer their beer even warmer than we do.

For example, in Europe, beer is generally served warmer than in America, and according to urban legend serving a beer cold hides its poor quality! Actually, the serving temperature has more to do with beer’s flavour than its quality. Ales and lagers are generally more flavoursome when served warm as the warmth enhances their flavours. However, much of this flavour is lost when they are served chilled. The jury is still out on this one as we don’t think any self-respecting Saffa would drink their beer warm!

Who’s the boss of beer brewing?

South African Breweries (SAB) is one of the biggest breweries in the world. The brewery can trace its history right back to the days of the Johannesburg Gold Rush, more than a century ago. Founded in 1888 by Charles Glass, the brewery has continued producing high-quality beers throughout the ages. Our favourite labels, such as Castle Lager and Carling Black Label, are owned and produced by SAB, and aside from a small number of imported beers, the brewery continues to dominate the beer market.

Although we continue to enjoy the decadent beer offerings from SAB, that doesn’t stop Saffas from brewing beer at home. With so many local ingredients available to purchase online and have delivered right to your doorstep, brewing a signature brew has become that much easier! Move over Charles Glass; you have competition! With the stark reality of the first Covid-19 lockdowns many South Africans lost access to their favourite malty and heady flavours. Since then, the consumer’s interest in brewing their own beer has greatly increased.

Aside from the obvious enjoyment of slurping down a South African beer, Saffas also like to cook with this delicious brew! We add it to chicken dishes, use it in fish batters and even make sausages with this lovely golden liquid. After all, what’s a good beer without a serving of deliciously good South African food!

That said, it’s time to share a delicious beer recipe with you. What could be better than a beer and bread combination? In fact, there’s even a healthy serving of cheese to go with it! Enter centre stage our favourite Cheesy Beer Bread recipe!

Cheesy beer bread is the perfect choice for those lazy Saturday afternoons spent watching rugby and enjoying time with family and friends. You could even serve it at your next braai, and watch your guests drool for more!

South African expats looking for advice they can trust don’t need to look further than FinGlobal. The FinGlobal team offer bespoke immigration plans suited to your circumstances combined with quality service!  If you need advice regarding tax, pensions or retirement annuities and FOREX limits, the FinGlobal team are always happy to assist. Our professional advice is rooted in more than ten years of experience in the emigration industry. To discuss your unique needs with our team, simply get in touch with us. Give us a call on +27 28 312 2764 or send us an email at info@finglobal.com, and we will assist you promptly.