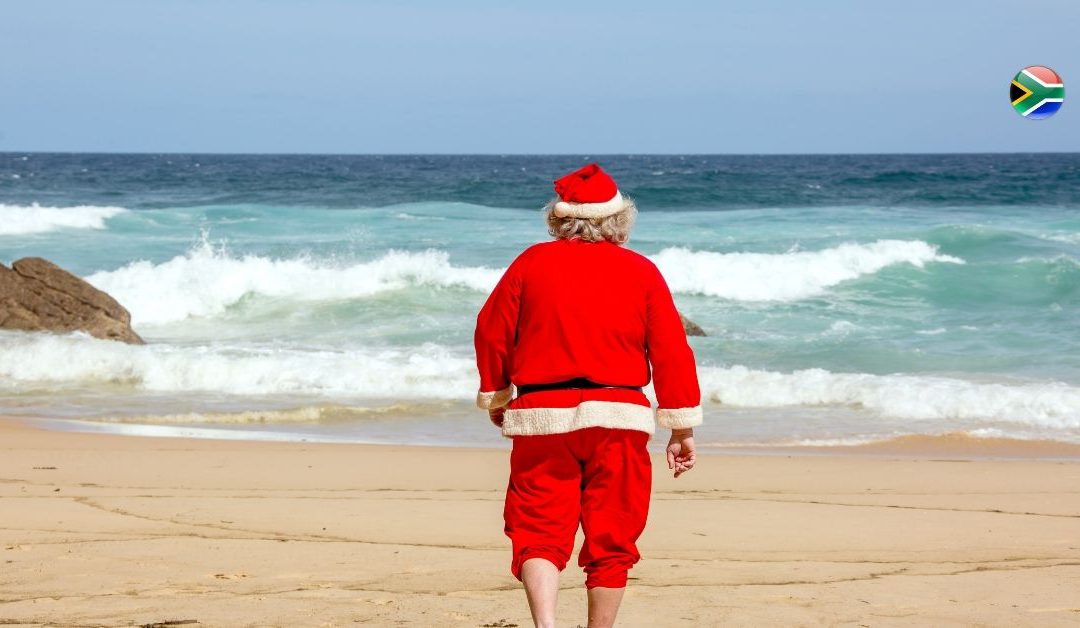 Can you hear the magic jingle of Christmas in the air? That’s right, Christmas is coming, so haul out the tinsel, untangle the fairy lights and drown that Christmas pudding in lashings of brandy! There’s something about Christmas that allows the inner child in all of us to become giddy with excitement. Both young and old eagerly await this time of year filled with Christmas traditions, passed on from generation to generation. The delicious food, carol singing, decorations, and time spent with family and friends make this a special time of year. However, what makes it even more special is the wonderful magic of Santa Claus and the joy he brings into the hearts and homes of us all.

Who is Santa Claus?

Who is Santa Claus? Some know him as Santa Claus, others call him Father Christmas, and in some parts of the world, he’s known as St Nick or Chris Kringle. But no matter what you call him, this fantastic chap is responsible for the magic that is Christmas. Even Oupa won’t argue with that, especially as it was ‘Santa’ that Ouma was kissing under the mistletoe all those years ago! However, even though Oupa may have retired his Santa suit, the tradition of Santa continues.

Without this jovial individual, parents wouldn’t have anyone to enlist as a ruse to keep our children in check! Children around the globe know they need to make it onto the ‘nice’ list to receive presents on Christmas day! After all, if you’re unfortunate enough to land on the ‘naughty list, then it’s lumps of coal or an empty stocking for you!

According to Christmas traditions around the world, Santa Claus delivers presents on Christmas eve to every child globally who is on the ‘nice list.’ How does he do this? It’s simple. He revs up his eco-friendly sleigh, powered by dancing reindeer. Then, guided by an illegal red headlight and breaking every speed limit known to man, he delivers presents around the globe. He must feed those reindeer a potent diet of energy-boosting supplements! Sound unbelievable? Only if you are the grinch or scrooge! Bah humbug.

Whether you believe in Santa or not is up to you. However, the truth is Santa Claus did really exist. History says that St Nicholas was born into a wealthy family. His parents died during an epidemic, and he used his inheritance to help those in need. As a young man, he became the bishop of Myra and was well known for his love of children and generosity. After his death on the 06th of December 343 AD, it became tradition to give children gifts on the eve of his death in honor of him. Over time gift giving moved to the 24th and 25th of December, and the rest is history!

The people of Norway hide their brooms at Christmas time. Why? To prevent witches and evil spirits who ride on brooms from entering your home and stealing yours.

While we have the Germans to thank for the Christmas tree, a tradition they started somewhere in the 16th century, they have some pretty strange ideas for tree ornaments. For example, some German households hide a pickle (gherkin) in the tree’s branches, and the child that finds it receives a gift.

In Italy, it’s Belfana, the witch that takes center stage rather than Santa Claus. According to their traditions, Belfana visits children on the 5th of January. She enters homes via the chimney and delivers presents and sweets for those who have been good. Move up St Nic; you have competition!

Instead of the standard Christmas tree, we are used to seeing, kiwis prefer the Pohutukawa tree. The branches of this tree and its bright crimson flowers have been used to celebrate Christmas since the 1800s.

As you can see, Christmas traditions vary around the globe, each more weird and wonderful than the next. But there are some pretty weird facts about Christmas its self! Take a quick look at the top three below.

However you choose to celebrate, whether that be with a traditional South African Christmas, filled with braais and lekker kuier, or by hiding your broomsticks and gherkins in the tree; we at FinGlobal won’t judge you; we simply wish you a very merry Christmas filled with peace, love, and joy!

If you require expert financial advice, FinGlobal is the team you need. So quick! Whether based on home soil or abroad, the team can assist with all your tax and financial emigration requirements. In addition, we offer our clients tailored plans and services to suit their bespoke needs.

Contact our friendly team for advice regarding tax, retirement annuities, pensions, FOREX exchange, and much more. If it’s emigration-related, we can help. Our advice is based on more than 10 years of industry experience. So, while we can’t promise that you are on Santa’s ‘nice’ list, we can guarantee an excellent, professional service backed by accreditation. To discuss your unique needs with our team, simply get in touch with us. Give us a call on +27 28 312 2764 or send us an email at info@finglobal.com for prompt assistance.