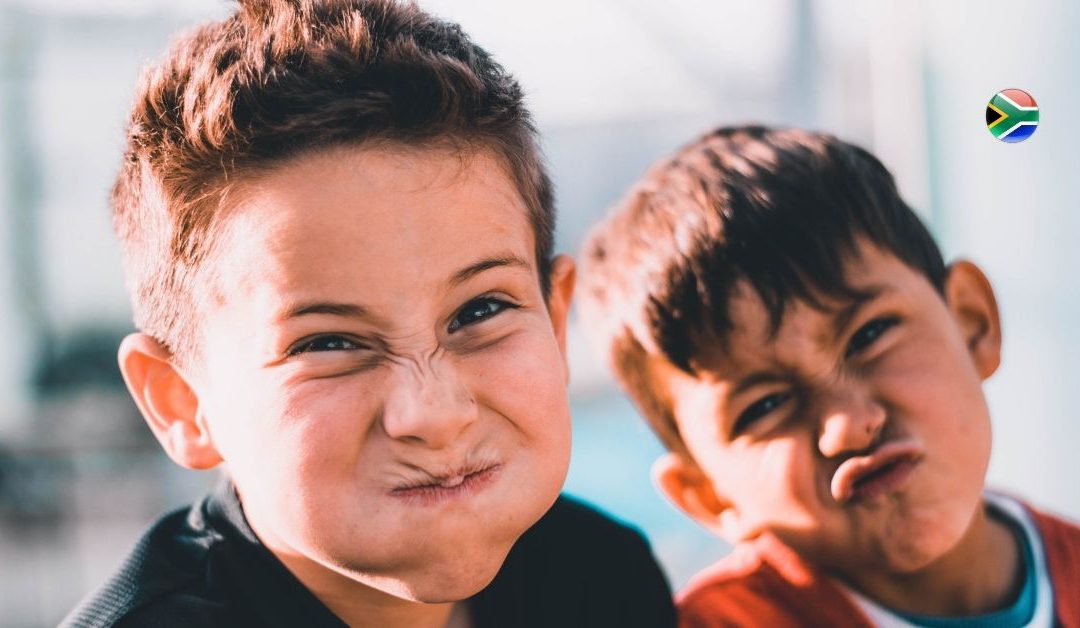 Dowwe Dolla – who is this blonde bombshell? Well, for those of you who have missed the last two decades, this is one of South Africa’s favourite comedians. While some know her as the “dumb blonde,” she is far from dumb and quite possibly one of the smartest cookies in the biscuit tin!

With her trademark, blonde hair, pink lollipop, and satirical jokes, Dowwe Dolla or Margit Meyer- Rodenbeck has an extensive list of accomplishments attached to her name. While it’s sometimes hard to differentiate between these two characters, one thing remains the same, her passion and drive for all things theatre. She has worked as a radio broadcaster, contributed to children’s theater, and co-owns a theatre restaurant.

Dowwe Dolla is the theatre and screen personality created and enacted by Margit Meyer-Rodenbeck. Born in 1970, in Paarl, a small town in the Western Cape, this blonde beauty has kept South Africa comedy alive for just on twenty-five years – half her life in reality!

The young Margit Meyer- Rodenbeck studied drama at Stellenbosch University, attaining honors in 1991 and her Master’s in theater management in 1997. This is what we mean about being the brightest button in the box! Over the years, her great love of theatre and cabaret has seen her direct theatre productions such as Boksballade and Kytie-os  Koos Kombuis. However, not one to allow others all the limelight, she has also starred in productions such a Jong Dames Dinamiet and Lag Jou G*t Af.

Aside from her contributions to the theatre world, this busy lady has found time to work as a radio broadcaster at Radio Punt and co-own a theatre restaurant, Die Boer, with her hubby. The restaurant is situated in Durbanville, and aside from a delicious menu, it also hosts shows and comedian acts throughout the year. So, what else has she done? In 2015, her love of children’s theater saw her dive into the delightful ‘Liewe Heksie: Flower Power’ pantomime, where she delivered more than 55 performances across the nation.

She did so well that the production was nominated for four kykNET Fiestas for best performance. The kykNET fiestas celebrate the outstanding work presented by South African artists across the country each year. After watching Margit Meyer or Dowwe Dolla, you will see just how exceptional an artist she is!

Where is Dowwe Dolla now?

According to some alarming rumours, okay, factual interviews, Dowwe Dolla is retiring from the stage this year. In fact, the 13th of December will mark the final curtain call for Dowwe Dolla. You may wonder why, seeing as she has done so well for herself and SA female comedians are like hens’ teeth, hard to find! However, it seems Margit Meyer has decided to hang up her ‘Dolla Stillettos’ to pursue bigger things.

The decision came because Margit feels that although she loves the character of Dowwe Dolla, she has so much more she wants to achieve. Margit’s dairy is currently packed to the brim, working on theater productions such as ‘Die dinge van n kind’ with Cintaine Schutte and various others and working in children’s theater in between. There really is no space for dear Dowwe Dolla, especially as Margit is trying to free up her time for more television and film roles.

However, there is no goodbye like a theater goodbye. Filled with much fanfare and tearful curtain calls, Dowwe Dolla will be doing a final round of shows between now and the 13th of December. Her final debut is bound to be the best performance she has given yet. The name of her final tour is ‘Dowwe Dolla se Koebaaiwaaitoere,’ aptly named seeing as covid-19 prevented her from saying ‘goodbye’ in 2020 as she had initially planned.

The show will wind its way through many well-known towns; see if yours is on the below list.

While we may be losing Dowwe Dolla in the theatre world, we won’t be losing Margit. She loves the stage and its atmosphere and can’t give up on her adrenaline fix of entertaining the audience. However, things have progressed for the blonde bombshell, and this October, viewers of the Afrikaans program ‘Binnelanders‘ will see her in a whole new spotlight.

Playing the character of a manipulative criminal, Nadine, she will try to convince Danny to expand the underground drug business run by his mom. Her weapons? Simply the love of his life! Keep watching to see how Margit expands her wings on the silver screen!

When looking to emigrate, look for expert advice backed by accreditations and experience. Look no further; FinGlobal is all that and more! Whether you live abroad and require tax and financial advice or are looking to broaden your horizons, the FinGlobal team is happy to assist.  Our extensive services include financial emigration advice and assistance on pension funds and South African inheritances.

With ten years and more of experience in the field, our professional and licensed advisors have helped many South African expats with their tax and financial requirements. If you need professional and friendly advice, get in touch with our team today. We can help with all your emigration needs.