Home » A marriage of cultures: paella on the braai

A marriage of cultures: paella on the braai

By CK AdminApril 23, 2021FinGlobal
No Comments

Home » A marriage of cultures: paella on the braai

A marriage of cultures: paella on the braai 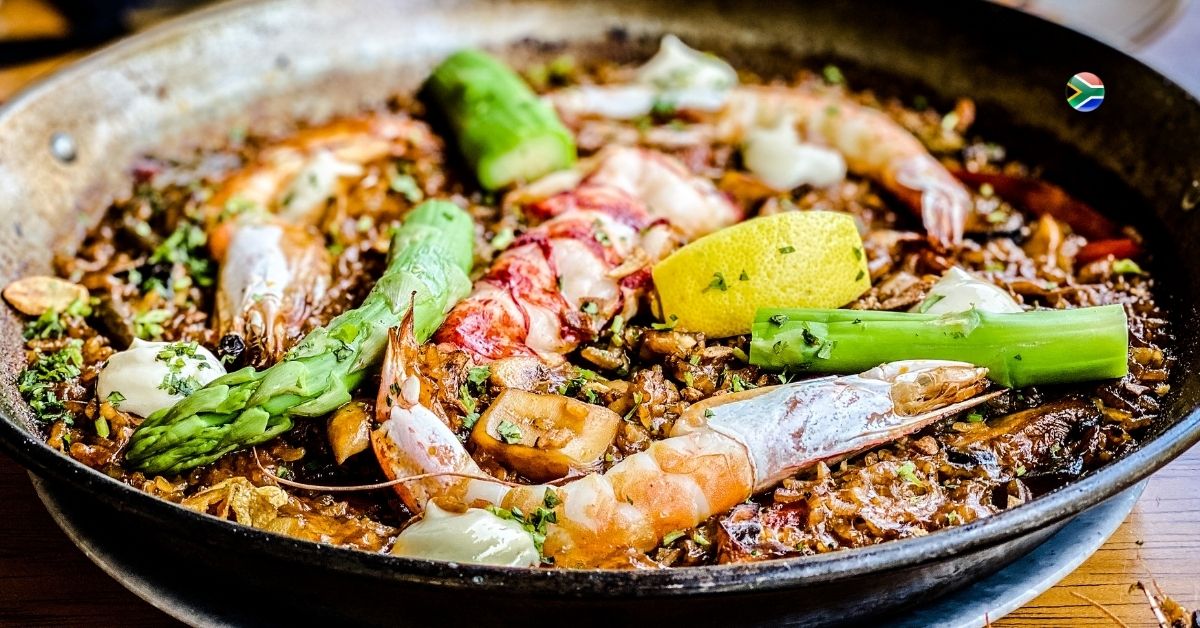 Paella on the braai, a marriage doomed to fail?  The road to fine cuisine has been paved with doomed recipes causing the divorce of many a good chef and their pans! However, in this case, a paella braai can only mean one thing. Good food, succulent flavours and quality time spent with family and friends around the braai. Now that’s a marriage made in heaven! Who would have thought that combining Spanish decadence with traditional South African braai recipes could result in the perfect match? No divorce settlements here, friends, unless you take into account the squabble over who gets to do the washing up!

What is the history of paella?

The word ‘Paella’ means frying pan in Valencian. This delicious dish is named for the pan it’s cooked in rather than the ingredients that go into it. Valencia is the third-largest city on the eastern coast of Spain. The city is known for its great climate, sumptuous food and is home to the famous Paella. Its thought the paella dish was started by local farmers who gathered what they could find in the rice fields to make their lunchtime meal. They would add their mixture of ingredients to a large pan of rice which they then shared.

There is also a connection to a dictator called General Franco (1936-1975), whose favourite meal was Paella. This colourful dish is traditionally thought to have been made from leftovers, so if it was good enough for the dictators of the world, it’s sure to be good enough for us. Early paella recipes were cooked around the Valencian lake, Albufera, and often contained water vole. Thankfully pallets have developed since then. Many paella recipes contain various ingredients such as chicken, duck, and seafood, thus taking the need to use rodent out of the equation!

As usual, history would not be complete without a little touch of romance. Its been suggested that the origin of the word ‘Paella’ comes from ‘Para Ella, meaning ‘for her’ in Spanish. The folk story goes that it was a dish prepared by a lover for his fiancee. The odd coincidence in all this is that the making of Paella is still traditionally left to the men, much like the braai’s are left to the men in South Africa. Could there be some truth in this love story? It would explain the bro-mance our men have with cooking on an open fire! Thanks, guys, for taking a leaf out of the Spanish lover’s cookbook.

By now, you might be wondering how Spanish Paella reached the South African bushveld. To be honest, it didn’t. It was the other way around. History shows that although Paella dates back centuries in Spain, it was, in fact, the arrival of the Moors from North Africa who brought this dish with them. The Moors brought rice with them, which was able to grow exponentially in the Valencian climate. Rice, the main ingredient in any good paella dish made for a long and beautiful cultural food ‘marriage’.

Cooked on an open fire, as is the traditional South African braai, this dish combines all the warm flavours of the idyllic lifestyle we all know and love.

So what goes into a good paella braai? We’ve sifted through the best paella recipes for you; however, there are five types of Paella, including a vegetarian one to choose from.

We have chosen a nice easy chicken paella recipe for the braai. Let’s get cooking!

Serve with a fresh green salad, crusty bread and plenty of white wine.

There are many variations of Paella to choose from, each one more delicious than the last. Happy cooking hombres, hasta luego. Or quite simply lekker Paella cooking guys cheers!