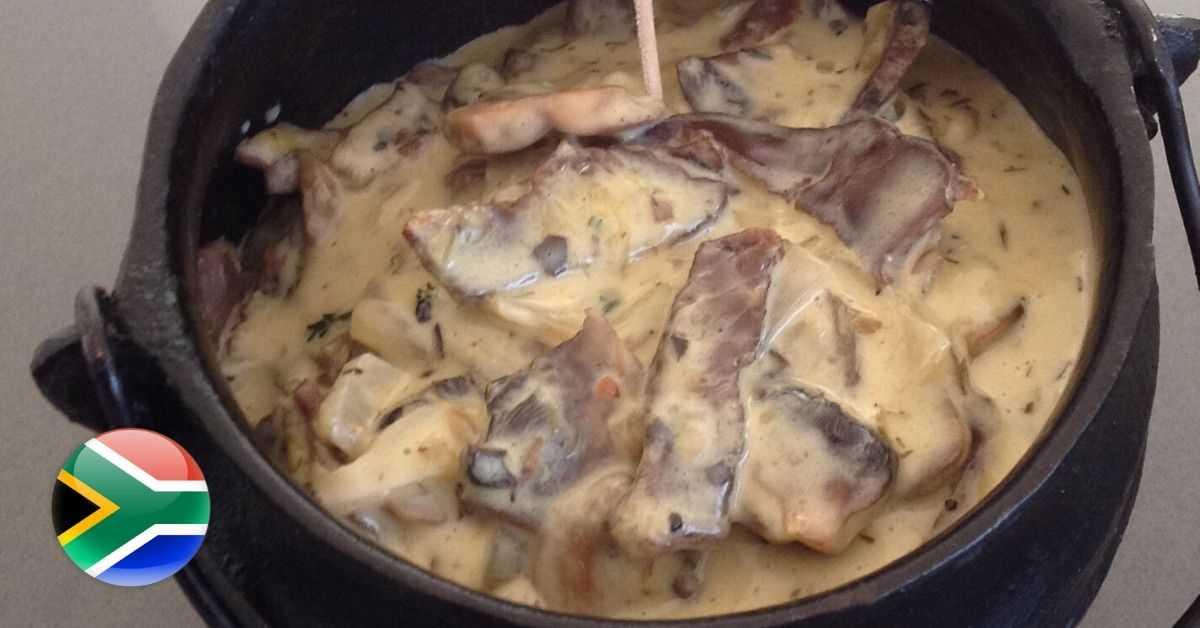 What is the perfect snack while on the road, tied to your desk wading through hours of work, or binge-watching your favourite television series? Yup, you probably guessed right first time around – for South Africans, it is undoubtedly biltong. Biltong isn’t an extravagant or expensive snack, but it’s tasty, convenient to carry with you everywhere, and is jam-packed with protein. What could be better, right?!

With South Africa being so in love with biltong, it stands to reason that at some point, Saffas did what can only be described as ‘creating magic” when they learned to combine two of South Africa’s finest treats: biltong and the traditional South African potjiekos. Now we’re walking! Now we’re talking biltong potjie!

For those who aren’t familiar with either of these foods, let’s dive into a bit of history before we haul out our favourite biltong potjie recipe and wow the socks off you (and your new friends and colleagues abroad). This one you have to try for yourself!

South Africans have the Dutch to thank for potjiekos! Back in the Netherlands in 1574, the Dutch experienced the Eighty Years’ War. During this time, a meal very similar to potjiekos was made by the Dutch from the bits of food left in pots by Spanish soldiers during the Seige of Leiden. The dish consisted of layers of the Spanish troops’ leftover meat and veggies and was called “Hutspot”.

The Dutch Settlers brought this meal concept with them when they arrived in the Cape in 1652. They taught the locals the art of cooking up a stew-like meal in a cast-iron pot now called the “potjie pot” in South Africa, but was a Dutch oven back then.

A Brief History of Biltong

Where on earth does the idea of biltong come from? If we take a quick look at the history of biltong, it becomes evident that again, we have the Dutch to thank for it! Dutch settlers created the concept of drying meat by air and then rubbing it with salt, pepper, vinegar, and spices to preserve it. It is said that the concept became popular when the Voortrekkers (traveling by ox wagon) needed to carry food stock with them as they trekked away from British rule in the Cape Colony and headed into the interior of Southern Africa. Yup, biltong is as old as the Great Trek!

Let’s talk about whipping up a biltong potjie recipe. If you think about combining potjiekos with biltong, you probably envision a dish much like the traditional South African potjie with layers of meat and vegetables, just with biltong added. That couldn’t be further from the reality though. Biltong Potjie is something completely different. If you like creamy pastas, then biltong potjie is for you! Here’s a great recipe to try at home.

Undoubtedly, your taste buds are tantalised just from reading this recipe! Serve, enjoy, tell all your friends!

If you’re planning to move to a new country – or even if you have already left South Africa in search of a new life – you probably have a few loose ends to tie up. Most expats find themselves with common worries on their minds. Questions they ask most often is “Have I lost my South African citizenship because I have already moved?” or “Can I withdraw the funds from my South African retirement annuity?” and also “How do I go about handling my tax and financial emigration from South Africa?” The good news is that our team of professional and experienced consultants at FinGlobal can assist with each of these issues. For assistance, all you have to do is contact us. Send us your contact number and email address to receive premium advice and guidance from a professional consultant at FinGlobal.