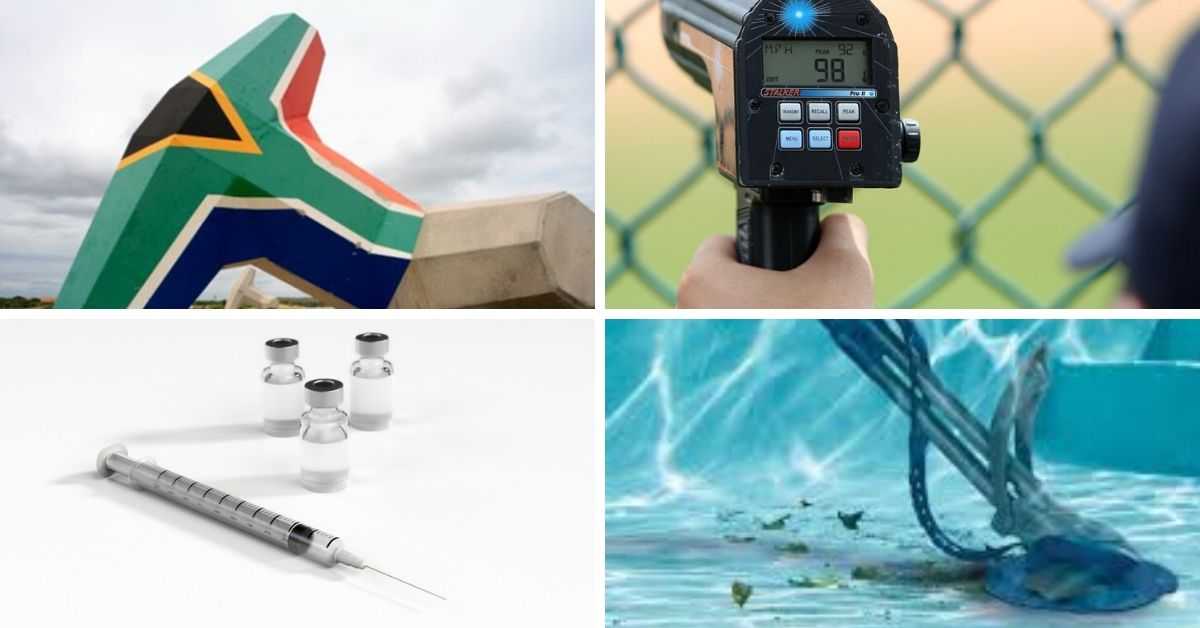 If there’s one thing that South Africans are known for, it’s their ability to make a plan. To think big, to think out of the box – we are a creative, problem-solving nation. Don’t believe it? Just take a look at some of the many cool inventions, innovations and medical breakthroughs that came out of South Africa.

What are some of the coolest South African inventions?

We turned coal into oil

South African company Sasol, founded in 1950 is responsible for being the first to create oil from coal. They have produced more than 1,5 billion barrels of synthetic fuel from about 800 million tonnes of coal since the first sample of synthetic oil from coal was produced in August 1955.

We stopped it from squeaking and made it stick

In 1950, Q20 lubricant was invented by a Pinetown local, Mr Robertson. An all-purpose lubricant spray, its name comes from the fact that it provides 20 answers to 20 questions. Pratley’s Putty was also locally developed as an insulator and also as an adhesive agent holding electrical box components in place. Many additional uses for this epoxy adhesive putty were soon discovered, which meant that it was useful in consumer, industrial and mining applications. It was even used as part of a repair job on the San Francisco Golden Gate Bridge!

In 1969 Pratley’s Putty was on board the Apollo 11 Eagle landing craft – which was the space flight that first landed humans on the moon, which makes this the only South African product to have gone to the moon. How much of a big deal is this? In 2019, Pratley Putty became a part of the South African Mint’s “South African inventions” commemorative coin series, paying homage to its use in space.

What is South Africa famous for?

Along with being famous for rusks, biltong and boerewors, South Africa is famous for rooibos tea, the world’s first digital ticketing system (Computicket) and the Kreepy Krauly. We’re also single-handedly responsible for the invention of the vuvuzela, but that should come as no surprise.

South Africans definitely have a flair for innovation

We’re seriously bad-ass about our inventions and innovations too. In 1984 we started developing the Denel Rooivalk, which is the world’s first military attack helicopter that can make a 360-degree loop and we also invented the Casspir, which is a mine-resistant military personnel vehicle. How cool is that? In 1998, a gent named Charl Fourie invented the Blaster, which is a flame thrower designed to provide protection from hijackings.

In non-military related inventions, South Africa changed the face of golf with the flightscope. Invented by Henri Johnson in 1989, the flightscope is a radar system that is used by pro golfers to analyse recorded trajectory, their launch angle, speed and direction. In short, South Africa helped the rest of the world to get better at golf.

The Shark Shield is another South African life-saving invention, and it’s a portable device that sends out an electromagnetic field that acts as a deterrent for sharks. It is used in scuba diving, spear fishing, surfing and kayaking. Unlike the previous invention, the Hippo Water roller has nothing to do with animals. The Hippo Roller is a device that was invented for transporting water more efficiently that has made a huge difference in rural South Africa. The Hippo Roller consists of a barrel-shaped container which can roll along the ground, and a handle attached to the axis of the barrel. South Africa is also responsible for the Cobb grill, which was invented in 2001. A charcoal briquette stove invented as a safer alternative to the paraffin stoves that cause many home fires in rural areas of South Africa, this grill was featured in Time Magazine’s best inventions of the year.

What are some of the most noteworthy South African medical breakthroughs?

Ever been for a CAT scan or watched an episode of Grey’s Anatomy where they’ve ordered CT scans? That’s a South African invention that saw Allan MacLeod Cormack share the 1979 Nobel Prize in Physiology or Medicine with Godfrey Hounsfield for his work on the X-ray CT. The CAT scan or Computed Axial Tomography scan uses an X-ray source and electronic detectors to rotate around the patient and collect all the data needed to produce a cross-section visual of the body.

Perhaps the most famous South African medical breakthrough, or at least the very first that springs to mind is Dr Christiaan Barnard’s claim to fame as the surgeon who performed the world’s first successful heart transplant in 1967.

Then there’s the Smartlock safety syringe, which is a three-part disposable syringe which was invented as a means to reduce HIV transmission and infection rates in South Africa. Another spectacular South African medical breakthrough is the work of Dr Sandile Ngcobo, who invented the world’s first digital laser in 2013. South Africa also has the honour of performing the first surgery to use 3D-printed bones in a reconstructive middle ear implantation surgery in 2019 by Professor Mashudu Tshifularo at the Steve Biko Academic Hospital. Impressive stuff, right?

While we might not be up there with Dr Christiaan Barnard in terms of game-changing medical breakthroughs or as cool as a vehicular flamethrower, FinGlobal is definitely big on South African innovation and filled with entrepreneurial spirit.

We provide a full suite of cross-border services to South Africans all over the world, helping to make their lives easier with financial solutions that are tailored to their exact needs and circumstances, including retirement annuity encashment, financial emigration, tax clearance, foreign exchange and so much more.

Interested in finding out how to financially emigrate from South Africa? Or Maybe you’re looking to transfer money from south Africa? Contact us for your FREE and no obligation consultation and quote.