Home » Richest people in South Africa: Who are they?

Richest people in South Africa: Who are they?

Home » Richest people in South Africa: Who are they?

Richest people in South Africa: Who are they? 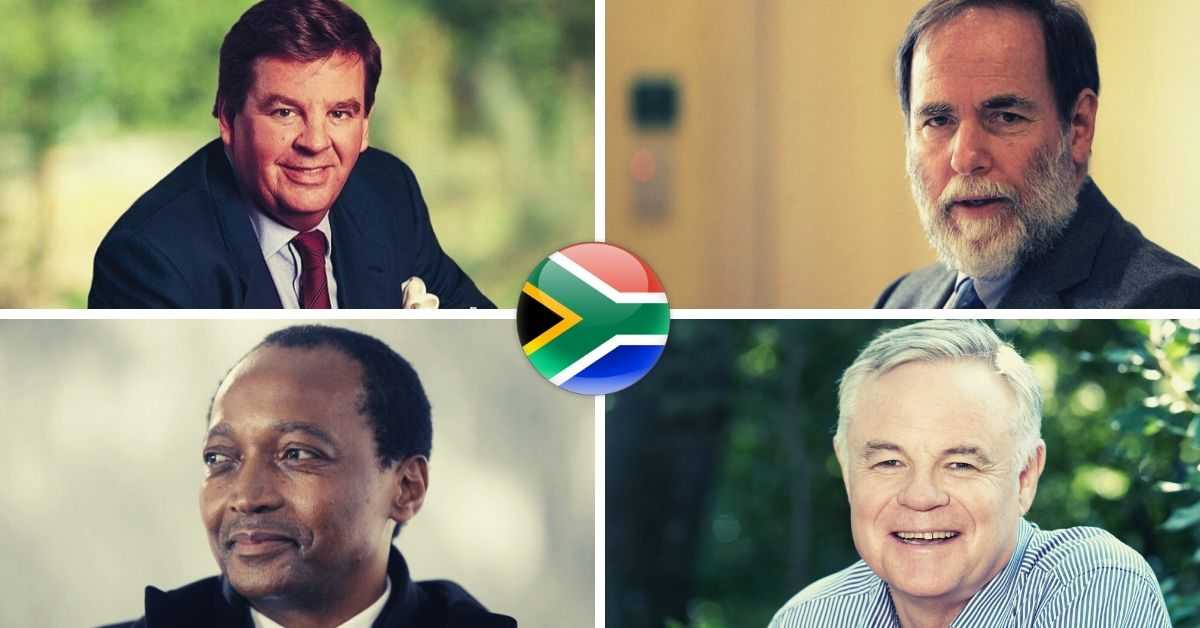 It’s the kind of money that most can only dream about. It’s so many zeroes after the digits that it’s easy to lose count. It’s incomprehensible wealth, and it’s alive and well in South Africa, of all places. Who are the richest people in South Africa? How did they make their fortunes? Let’s meet South Africa’s most inspiring millionaires.

Who are the richest people in South Africa?

One thing is for certain, South Africans really take the entrepreneurial spirit seriously. These millionaires are no strangers to hard work, and they’ve certainly put their noses to the proverbial grindstone in the accumulation of their massive wealth.

With a net worth of R1.3 billion that’s self-made, Bridgette Radebe is one of the richest people in South Africa and a force to be reckoned with. She’s the first black female South African deep-level-hard rock mining entrepreneur, and she worked her way up from rock bottom. Literally.

Starting out as a regular miner in the 1980s contracted to manage individual shaft mining operations and produce materials for larger mine operations, Radebe accumulated more than a decade of experience in contract mining, mining construction, and mergers and acquisitions, before founding Mmakau Mining; a highly-successful mining firm with assets including platinum, gold, uranium, coal and chrome.

A self-made billionaire worth R24.48 billion, Patrice Motsepe is the founder and chairman of African Rainbow Minerals. He is also the driving force behind the private equity firm that concentrates on African investment – African Rainbow Capital.

With fingers in many industry pies, Motsepe is also the president and owner of the Mamelodi Sundowns Football Club. Imagine owning a whole football club!

How did he get where he is today? He was once the first black partner at law firm Bowman Gilfillan with a side hustle: a contracting business focused on mine scut work. According to Forbes, in 1994 Motsepe purchased low-yield gold mine shafts and made them profitable, earning his fortune as one of South Africa’s richest people.

With a net worth of around R82.96 billion, the source of Johann Rupert’s wealth is inherited, but far from unearned. The chairman of Swiss luxury goods firm Compagnie Financiere Richemont, Rupert is in the retail industry and his firm is best known for luxe brands including Cartier and Montblanc.

The firm was established in the late 1990s by spinning off international assets held by Rembrandt Group Limited (now Remgro Limited), which was founded by Johann’s father in the 1940s as a tobacco manufacturing brand. Johann Rupert served his business apprenticeship in New York City in the 1970s, where he spent two years with Chase Manhattan and three years with Lazard Freres. He then returned to South Africa in 1979 to found Rand Merchant Bank of which he was CEO.

Today, Rupert chairs and holds a 7% stake in diversified investment firm Remgro, in addition to a 25% stake in Reinet, an investment holding company based in Luxembourg that has interest in British American Tobacco.

Nicky Oppenheimer: all that glitters is not gold; it’s diamonds

If you’re ready to make some international money moves of your own, FinGlobal is ready to help you make them happen. No matter what you need – retirement annuity encashment, tax clearance certificates, financial emigration, foreign exchange or exchange control advice – we’re here to help you every step of the way.

We are the cross-border financial services specialist of choice for South Africans across the globe because we promise:

With FinGlobal, you can be assured that we’re hustling every step of the way for you, which means a shorter wait for your payout. We’re also pleased to offer better exchange rates than most commercial banks. Our fees are fixed and transparent – not commission-based or dependent on the value of the transaction – so you’ll always know what it’s going to cost you, before you agree to anything. Get in touch with us for your FREE and no obligation consultation and quote.