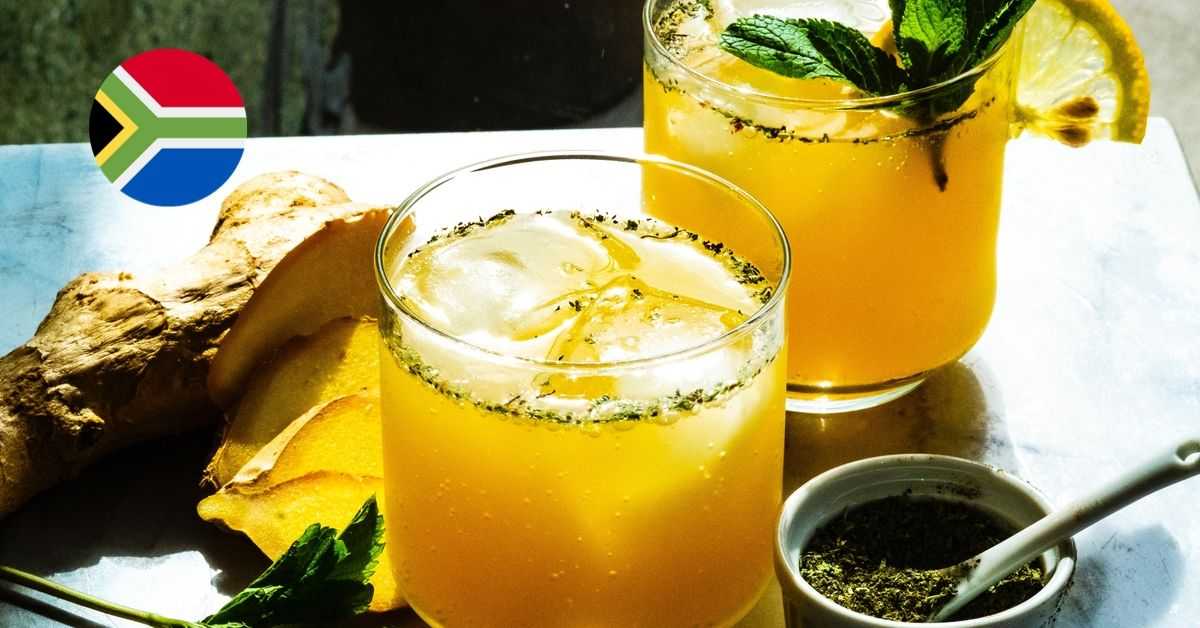 Ginger beer , you either love it or hate it. It’s impossible to be indifferent about this feisty, fiery beverage, and most South Africans generally have at least one relative who claims to have the best ginger beer recipe in the world. But where did ginger beer come from? Why is it non-alcoholic? How long have we been drinking ginger beer? Why is it such a South African thing? You’ve got questions and we’ve got answers- hopefully working up a thirst that should have you asking how to make ginger beer, next.

How would you explain ginger beer to someone who has never tried it?

First of all, ginger beer and ginger ale are not the same thing. In case things weren’t confusing enough, ginger beer doesn’t actually contain any beer, nor are the two beverages brewed in a similar fashion. That’s right! If you’ve been avoiding ginger beer because you thought it was alcoholic, you’re in for a treat.

Now that we’ve established what ginger beer is not, how would we describe what it is? Ginger beer is a bubbly, sometimes fizzy fermented drink that has a powerful ginger flavour and a spicy afterburn. Ginger beer has been traced back to England in the mid-1700s – a beverage concocted from sugar, ginger and water along with a starter culture commonly called the ginger beer plant – which is probably where the drink derives its name, not from the fact that it actually contains any beer.

Let’s take a side break to talk about the star of the show: ginger.

Ginger (Zingiber officinale) is one of the world’s most popular and widely used spices, and has been a sought after commodity as long as humans have engaged in spice trade. Its distinctive aroma and pungent taste is used in the flavouring of both savoury and sweet dishes and has long been used as a medicinal botanical in the treatment of fever, nausea, pain and stomach ailments.

It is unclear exactly where in the world ginger originated, but it is speculated that it originated from Southeast Asia. It makes sense that somewhere like modern Indonesia’s Maluku Islands — which was historically referred to as “Spice Islands” — is the idyllic botanical environment where wild ginger made its first appearance. All it took was for humans to develop an appreciation for its flavour and they soon learned how to cultivate, harvest and store ginger. This lead to the plant’s spread throughout China, India, and neighbouring countries.

You won’t need any fancy equipment to do it – making your own ginger beer at home isn’t that complicated, but you will need a little bit of patience to achieve the results you’re after. Here are two of our favourite recipes – one traditional and one with a twist – we hope you enjoy them!

So, how to make ginger beer – Pro edition.

Vuyi Qubeka’s recipe on ginger beer that appeared on the Getaway Magazine blog:

FinGlobal: Beloved by South Africans the world over

We’ve already helped more than 60 000 clients in 105 countries on different aspects of their cross-border financial portfolios, including financial emigration and retirement annuity withdrawals. FinGlobal is fully compliant and we deal directly with all South African banks, insurance and investment companies, pension funds and other related financial institutions, so you don’t have to. Contact us today!