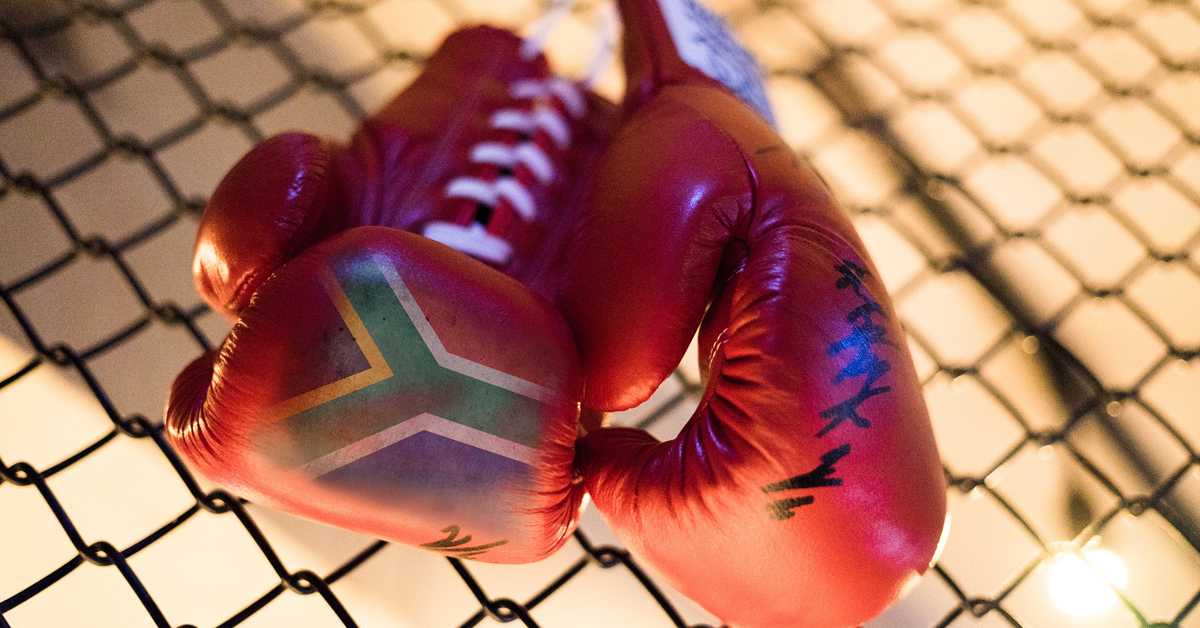 The film dedicated to the monumental achievements of Africa’s first world heavyweight champion, Gerrie Coetzee, first got the Hollywood green light in 2017 and is finally set to hit our screens sometime in 2020. Filmed in the Mother City under the watchful eye of executive producer, Kenddrie Utuk of American film company Fontabila Productions, “Gerrie” will take an intimate look at the story behind the famous South African boxer’s life and how he painstakingly earned his crown of heavyweight champion of the world in 1983.

It all started with a BBC documentary feature that caught the attention of America, the veritable world capital of heavyweight competitive heavyweight boxing, which brought Coetzee’s story under focus at the Hollywood & African Prestigious Awards in 2017 where outstanding African or American individuals are recognised for remarkable personal or professional accomplishments achieved in their lifetime.

Gerrie Coetzee was honoured for his fighting spirit and contribution to the sport and attended the glamorous L.A function with his wife Rina and Thinus Strydom, the prominent South African businessman who was his manager at the time of his famous 1983 Ohio victory. Coetzee’s way of showing his appreciation for Strydom cinching his shot at Michael Dokes’ WBA heavyweight title after intense negotiations with Don King,  the world’s top boxing promoter.

It was the night of September 23rd in 1983, at the Richfield Coliseum in Ohio. Dokes was floored by Coetzee in the 10th round of a fight that was intended to run 15 rounds. Snatching Dokes’ WBA heavyweight crown,  Coetzee received a hero’s welcome upon arrival back home with national government officials and media in attendance to mark the occasion.

His professional career as a South African boxer was off to an explosive start on the night of 14 September 1974. Beating fellow South African, Christian Roos, a veteran of 19 fights, Gerrie Coetzee topped that win with a further 21 consecutive victories, achieving a win-loss record of 22-0 before taking on the fight for the World Boxing Association heavyweight title for the first time. Although the first attempt at the world title ended in defeat, as did his second, Coetzee never gave up chasing that dream.

With two failed title attempts behind him, Coetzee had been labelled a fighter incapable of winning “The Big One”. His third world title attempt was against defending World Boxing Association champion Michael Dokes. Word on the street was that the match was intended to showcase Don King’s hottest fighter – Dokes, and ignite his rising star status, but Coetzee proved them all wrong.

The fight was held at the Richfield Coliseum in Richfield, Ohio; and Coetzee dominated Dokes after a few rounds of even fighting. The South African boxer led with a powerful combination of aggression and counter punching. It was clear that this was Coetzee’s moment, and he poured his heart and soul into the fight.

His boxing was smoother than ever, seeming to absorb any blow Dokes managed to land, which worked in his favour as he landed a knockdown. Dokes was knocked out in the tenth round, and Coetzee became the first South African to ever hold the Heavyweight title. The fight was touted as KO Magazine’s “Upset for the Year” in 1983, with Coetzee winning with all odds stacked against him.

Unfortunately for Coetzee, the punch that won him the title also did him serious physical harm. His right hand was extensively broken, requiring intense reconstructive surgery in New York City, five days after the fight.

Movies in the Making: The Boksburg Bomber

Executive producer Kenddrie Utuk has spent much of his career leading the charge in defining the boxing film genre with great success in the United States. He spent over a week in Cape Town earlier this year, securing locations and handling filming and production logistics, accompanied by fellow American, Skip Hartquist, also a producer on the film. The Americans have brought in Koos Roets, local award-winning director and cinematographer, as well as renowned filmmaker André Scholtz to ensure that the authenticity of the South African flavour in this film. The movie “Gerrie” is expected to be released in South Africa in 2020.

FinGlobal: Always in your corner

When it comes to South Africans living and working abroad, we’ve got all their cross-border financial requirements covered. We can help you with everything from exchange control advice, tax refunds, retirement annuity withdrawals and financial emigration.

No matter the transaction, you’re always guaranteed a smooth, hassle-free, compliant experience with highly-skilled financial experts to help you every step of the way. Give us a call today to see how we can help you make your next financial move.