Get ready for the Rugby World Cup 2019

Get ready for the Rugby World Cup 2019 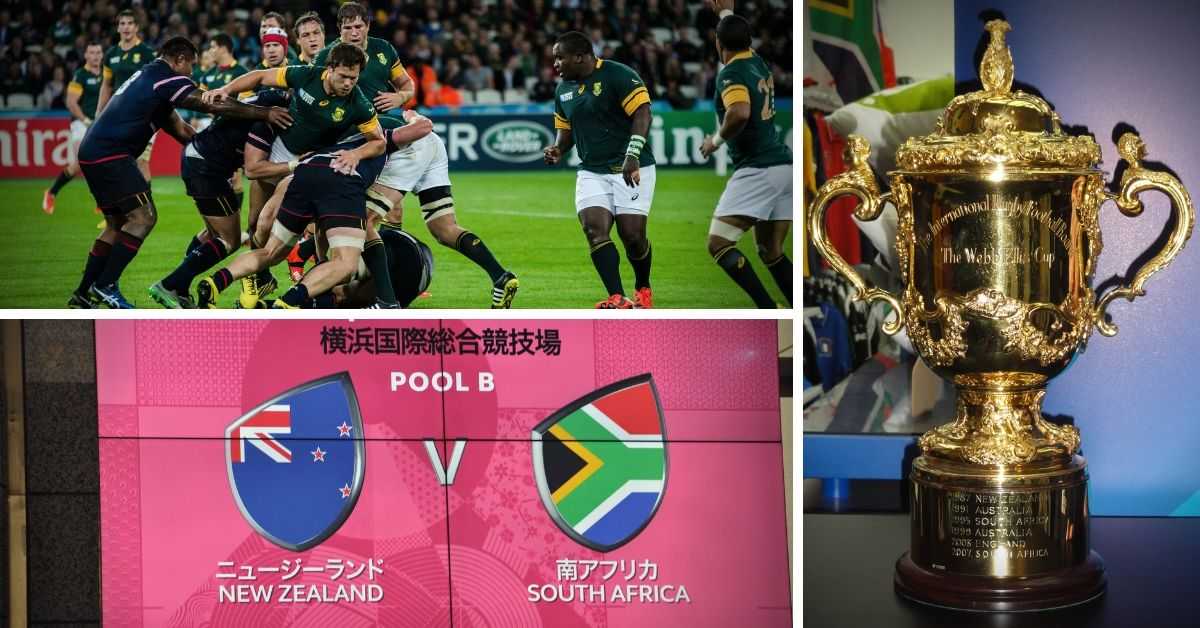 The Rugby World Cup 2019 is just around the corner and everyone is gearing up as the countdown to #RWC2019 starts gathering momentum. The Rugby World Cup match schedule has recently been announced and fans are starting to prepare to either be in Japan to watch the matches in person or are planning parties in front of the big screen to cheer their favourite teams on.

World Cup Rugby: From the past to the present

If you are not up-to-speed with everything rugby, here are some quick facts about the Rugby World Cup. The Rugby World Cup takes places every four years and is a men’s rugby union tournament consisting of the world’s top international teams. The first tournament was co-hosted by New Zealand and Australia in 1987 and the winner was New Zealand – who received the Web Ellis Cup. The cup is named after William Webb Ellis, who as the legend goes, was a school pupil who invented the game of rugby by picking up the ball during a football game.

Past winners of the Rugby World Cup:

Hosting the Rugby World Cup is an honour for any country and the selection of a host is decided by a vote of the World Rugby Council members. The entire voting procedure is highly secretive and managed by a team of independent auditors.

Today, the host nation is selected five or six years prior to the event, so they have plenty of time for the event, which attracts visitors from all over the world. In 1991 there were a series of hosts – England, Wales, France, Ireland and Scotland but since then, only one host country has been selected. South Africa hosted in 1995, Wales in 1999, Australia in 2003, France in 2007, New Zealand in 2011, England in 2015 and now Japan in 2019. France will host the next Rugby World Cup in 2023. 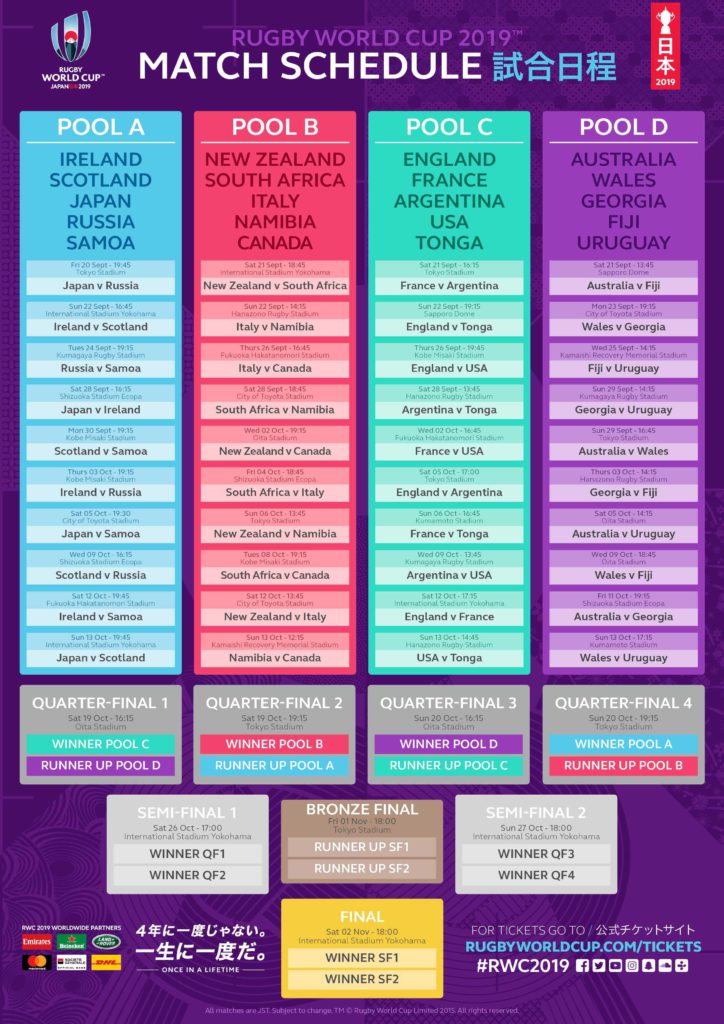 The World Cup Rugby 2019 will be hosted in Japan from 20 September and 2 November when the final is held. Kick-off times are optimised for the Japanese market and the global audience. The iconic International Stadium in Yokohama will be the tournament’s heart where New Zealand will play South Africa, Ireland will take on Scotland, England will play France and Japan will play Scotland. It will also host both semi-finals and the Rugby World Cup 2019 final on 2 November.

If you are a South African living, and watching the Rugby World Cup from abroad, and would like to know more about how you can maximise your finances through financial emigration, accessing your South African retirement annuity and our tailor-made tax solutions for South Africans around the world, contact FinGlobal today.