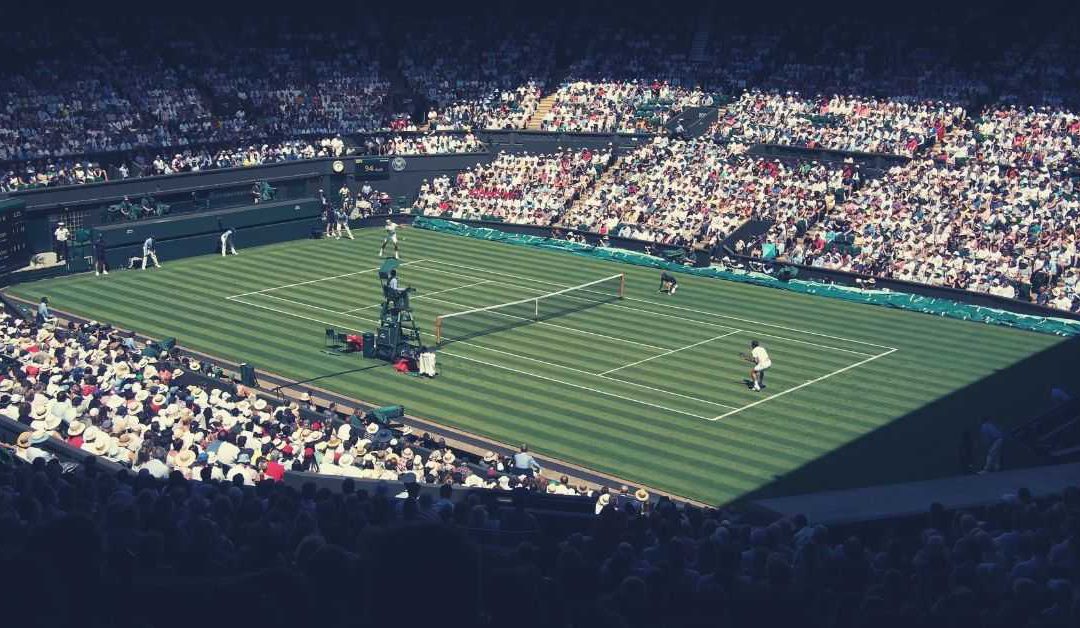 No South African will ever forget Wimbledon 2018 when South African Kevin Anderson beat John Isner in a record-breaking semi-final, winning the second-longest match in Wimbledon history – six hours and 36 minutes! So what has Wimbledon 2019 in store for us? Here are some Wimbledon facts and some changes we will see as the players arrive on centre court this year.

When it comes to tennis matches, Wimbledon is the oldest tennis event in the world and is considered by most players and spectators to be the most prestigious. The first Wimbledon championship took place in 1877. Today it is held in the first three weeks in July, every year, at the All England Lawn Tennis Club and draws crowds from all around the world. Wimbledon 2019 is also the only Grand Slam event on the annual tennis calendar that is played on grass.

The grass is tended to all year round and is cut to exactly 8mm before the event! Unlike many other tennis championships, Wimbledon has a strict dress code – the players must be dressed almost entirely in white and umpires can ask players to change if they don’t meet the dress code.

A new roof is in place at Wimbledon’s No1 court and it was recently launched in a star-studded ceremony, featuring players like Venus Williams, Pat Cash and Jamie Murray. The roof was built on a budget of 70 million pounds and took three years to complete. It is fully retractable, so if it starts to rain, tennis matches can go on uninterrupted.

The prize money has also increased by 11.8 percent, reaching $70 million. The winner of the men’s and women’s singles events will each receive $4.34 million, which is an increase of $185 000.

Changes to the game itself have also been made. This year’s championships will see all fifth sets decided by a tiebreak when the scores reach 12-all. This change has been introduced after last year’s incredible semi-final between South African Kevin Anderson and John Isner, which was won 24-26 by Anderson.

The 2019 Championships are also rumoured to be the final that Andrew Murray will take part in. Former World No. 1, Andy Murray hasn’t played a match since January after he lost to Roberto Bautista Agut in the first round of the Australian Open. He has had a resurfacing operation on his right hip and is confident he will be able to feature in the doubles at Wimbledon, but feels he needs more time before making a return to the singles game.

South Africans who have made their names at Wimbledon include:

Kevin Anderson
Whether we will see Kevin Anderson doing a repeat performance at this year’s Wimbledon is up for debate after the World Number 6 player pulled out of the Grand Slam Roland Garros in order to recover from a nagging elbow injury.
He recently wrote on Twitter, “After discussing with my doctors and team, we thought the best decision is to rest and rehab my elbow injury for a few more weeks, I will keep working hard each day to get healthy again in time for grass”.
Kevin Curren
Kevin Curren also famously made the Wimbledon finals in 1985, when he lost to Boris Becker.
Wayne Ferreira
Another well-known South African tennis player who has made the quarterfinals in the past is Wayne Ferreira in 1994.
Johan Kriek
Johan Kriek reached the quarterfinals at Wimbledon in 1981 and 1982
Liezel Huber
Liezel won the 2007 doubles at Wimbledon with her Zimbabwean partner, Cara Black.
Chanelle Scheepers

Chanelle reached the doubles semi-finals along with Japanese player, Shuko Aoyama in 2013

Sandra Reynolds
In 1960 Sandra made it to the finals and lost the championship to Brazilian player Maria Bueno.
Brian Norton
In 1921 Brian Norton made it to the finals of Wimbledon, finishing as runner up to Bill Tilden
If you are a South African watching Wimbledon from abroad and would like to know more about how you can maximise your finances through the process of financial emigration from South Africa, accessing your South African retirement annuity and our tailor-made tax solutions for South Africans around the world, contact FinGlobal today.