Home » The 10 most beautiful wineries around the world

The 10 most beautiful wineries around the world 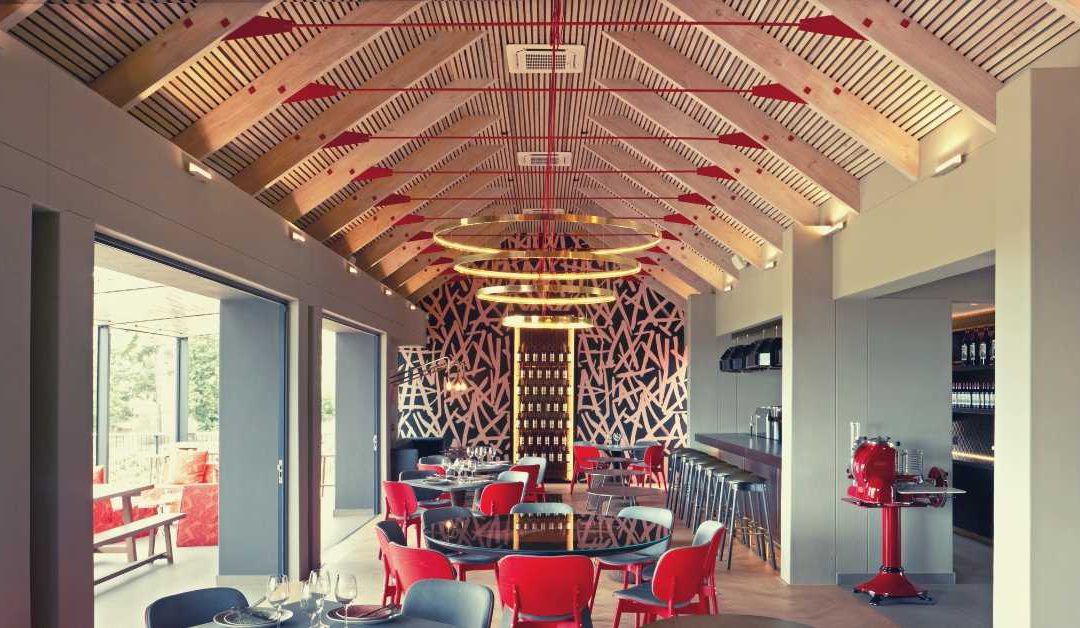 Wineries are not just wonderful to visit because of the amazing wine they produce, they are also beautifully laid out and designed – and their magnificence is appreciated around the world, with the wineries being recognised for in ‘best architectural design’ awards. These awards have nothing to do with the wine the wineries are producing but rather the visual and aesthetic experience they offer to their visitors. Here are some of the most visually striking wineries in the world.

Best wineries in the world

Kunjani is an estate on the Stellenbosch Wine Route and it has recently been recognised in the Architectural Digest’s list of the ‘Top 19 best Vineyard Designs Around the World’. Kunjani is the brain-child of a South African businesswoman and a German Entrepreneur and the result is a cross-continental brand – this is reflected in its architecture, which puts a modern twist on Cape Dutch architecture. The interior of Kunjani was created by co-owner Pia Watermeyer and the renowned designer Haldane Martin who has been responsible for the emergence of a new South African design language.

This magnificent hilltop complex was designed by Tom Kundig of Olson Kundig and consists of dramatic concrete buildings which surround a central courtyard featuring an 85-foot-tall bell tower.

This winery is situated in Elciego, Spain and the Pritzker Prize winner, Frank Gehry was specifically commissioned to create a structure that would be the centre of this new City of Wine. The result is a pink-hued, titanium exterior that evokes the sense of a beautiful ribbon wrapped around a present.

This ‘Rubik’ cube-like building is situated high on a hill overlooking McLaren Vale in South Australia. The cube is a five-storey white and green glass building that includes a wine museum, several bars, a restaurant and even a Willy Wonka-type room that has artificial flowers and fruit on the walls with aromas that match with red and white wines – like grapefruit and peach.

Mission Estates is not only New Zealand’s oldest winery but it is also its most visited. Its spectacular architecture makes the most of the magnificent views surrounding it and the elegantly restored historic seminary building is as beautiful to look at as the grounds in which it is situated.

This beautiful winery was designed by the Pritzker Prize winner Renzo Piano and was opened in 2007. It combines the traditional forms of Tuscan architecture with a modern industrial theme that maximises the light in the building’s interior.

An architectural competition was held in 1984 and the winner. Michael Graves, was commissioned to build the Clos Pegase Winery in Calistoga, California. The result was a structure that is ‘reminiscent of European agrarian buildings’ that filter light into the building and harmoniously relates to the landscape through the colours and the material it is built with.

Bosjes in the Western Cape is another South African winery that has won a myriad of architectural awards. Designed by architect Coetzee Steyn of Steyn Studio, the Bosjes chapel has a dramatically curved flowing roof that makes the entire structure appear to float on two large ponds of water.

This winery is an ode to modern architectural design and consists of modern concrete, glass and stainless steel standing out in stark relief against the lush backdrop of its vineyards and the mountains behind it. The winery was designed by Bormida & Yanzon and completed in 2007.

This magnificent winery consists of a six-level structure of wood, glass and steel and looks like an elegant bird’s nest perched on the side of a mountain. It belongs to the French wine and spirit making family that produces Grand Marnier.

If you are a South African living abroad and would like to know more about how you can maximise your finances through the process of financial emigration, accessing your South African retirement annuity and our tailor-made tax solutions for South Africans around the world, contact FinGlobal today.