Home » The new 7 wonders of Nature

The new 7 wonders of Nature 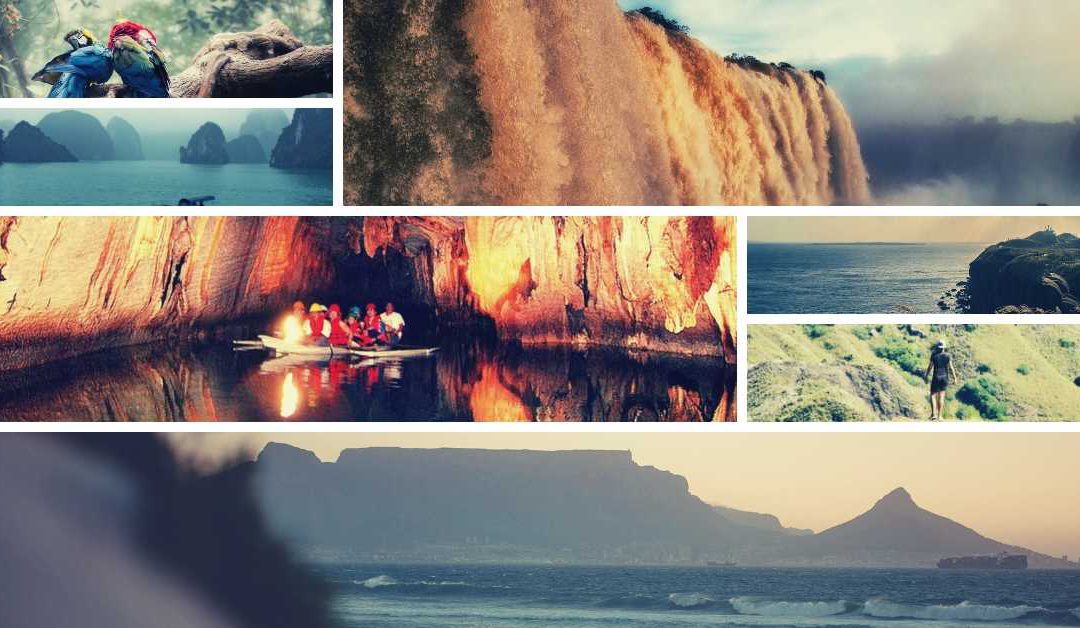 How the new 7 wonders of nature were picked

The winners were picked according to the following criteria – the unique beauty of the site, its diversity, its ecological significance, its historical legacy in relation to all human beings, its geo-location. The new 7 wonders of nature are as follows:

The Amazon is one of the world’s most diverse biological areas and is the world’s largest tropical rainforest. It covers 40% of South America and is famed for its biodiversity. The majority of the rainforest is contained within Brazil and it is often referred to as the ‘lungs of the world’ containing 390 billion individual trees, divided into 16 000 species.

Harong Bay in northeast Vietnam is famous for its emerald waters and its limestone islands topped with rainforests. The region is rich with marine life and is popular for scuba diving, rock climbing and hiking.

These magnificent falls are situated on the border of Argentina and Brazil and are famous for being one of the world’s largest waterfalls consisting of 275 cascades and being more than 7 700 ml long.

This is a volcanic island – with the largest being Hallasan – surrounded by more than 360 smaller volcanoes. The island was formed by volcanic eruptions around 2 million years ago and the entire area was uncultivated until the 21st century. Gotjawal forest on the island is considered to be an internationally important wetland because of the unique species of plants that it contains.

Komodo is one of Indonesia’s 17 508 islands and it became a national park in 1980 to protect its unusual inhabitants – the endangered Komodo dragons. It is also famous for its pink beaches.

Table Mountain is the large flat-topped mountain that protectively looks over the city of Cape Town. The mountain has existed for over six million years and is home to the richest, yet smallest floral kingdom in the whole world with over 1450 species – more plant species than the entire United Kingdom!

New 7 manmade wonders of the world

In addition to the new 7 natural wonders, 7 new manmade wonders of the world were declared after being voted for by 100 million people. They are:

If you are a South African living or moving abroad and would like to know more about how you can maximise your finances through the process of financial emigration from South Africa, accessing your South African retirement annuity and our tailor-made tax solutions for South Africans around the world, contact FinGlobal today.