Why Calgary is Canada’s top city

Why Calgary is Canada’s top city 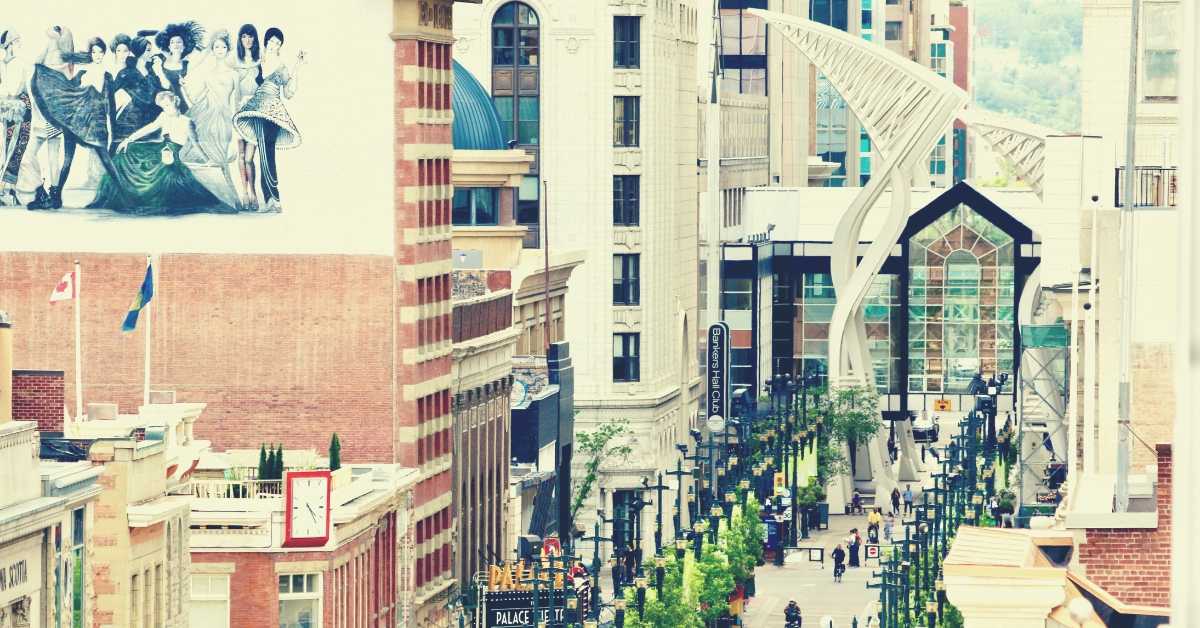 The 2018 Global Liveability Index of the Economist Unit made Calgary the fourth most viable city in the world, making it the top city in North America ahead of any other Canadian or USA city. The Global Liveability Index of the Economist Group ranks 140 cities worldwide based on infrastructure, health, culture, the environment, overall stability (including crime) and education. These are the reasons why many expatriates in Calgary live so happily:

Calgary had a perfect score in every category except culture and environment. Calgary earned an overall score of 97.5 in the 1-100 scale for 2018 and the highest grades possible for stability, healthcare, education and infrastructure. A year ago, Calgary scored 96.6. In the scale used by The Economist where the number one is considered intolerable and 100 is ideal. Vancouver was placed 6th on the list, with Toronto just 0.1 point lower at 7th place. So, let’s have a look at what makes Calgary such a wonderful city to live in.

In numerous international studies, Calgary is one of the cleanest, safest and healthiest cities in the world and a global leader in overall quality of life.

Calgary has a lifestyle centred around family, community and wellness and is rich with leisure, culture and entertainment activities, including the most extensive pathway and bikeway system in the whole of North America. Every year it hosts a multitude of festivals that attract millions of people annually. For those who are concerned about the legendary winters of Canada, you will be pleased to know that Environment Canada ranks Calgary first among the 100 largest cities in Canada for the sunniest days of the year and in winter.

The distinction between Calgary and Alberta is that they have the lowest personal and corporate tax rates in the country. This is partly because there is NO PROVINCIAL SALES TAX in Alberta and the taxation structure differs from any other province in Canada. For instance, every other province in the country uses a progressive personal income tax schedule. There is a flat 10% tax rate in Alberta regardless of the level of income.

Calgary is an education-friendly city. After all, the largest proportion of Canadians who have received post-secondary education is at is at home! Maclean’s Magazine even name it the third “most educated city in Canada.” Fortunately, this means that many educational opportunities can be chosen for anyone who moves here. Each school stands at the highest level, in particular universities and colleges. A degree of any of the many available in Canada and the rest of the world is recognized.

If you are moving here and need schools for younger children, the Calgary public education system is excellent and very high. There are also a large number of private and separate schools that are known worldwide for the quality of their education. This can make it much less stressful to move to a new place like Calgary, just knowing that you won’t have to worry about the school.

Economic activity in Calgary is centered around the oil industry with its headquarters in Calgary in all the major oil companies. In 2017, Calgary led the country with 6.9% economic expansion and it is expected that starting in 2019, the Calgary economy will grow at approximately the same rate over the next four years, with an annual average of 2.4%, which will be the highest.

The growth of the city in the past decade has led to considerable inner-city and suburban development, which has provided many opportunities for architects, urban planners, engineers and other construction and building specialists. In addition, geologists, financial service providers, and IT specialists will find plenty of job opportunities in the city.

The living standards in Calgary are high and people can find jobs much more quickly than in other areas. In fact, the employment rate of Calgary is one of the best in the country, even for immigrants who move to Canada. Mercer’s 2018 Cost of Living Survey2 placed Calgary at 154 out of 209 cities surveyed, making it the fourth most expensive Canadian city.

If you are a South African living or moving to Canada and would like to know more about how you can maximise your finances by financially emigrating from South Africa, accessing your South African retirement annuity and our tailor-made tax solutions for South Africans around the world, contact FinGlobal today.