6 insane South African national emblems that will make you proud 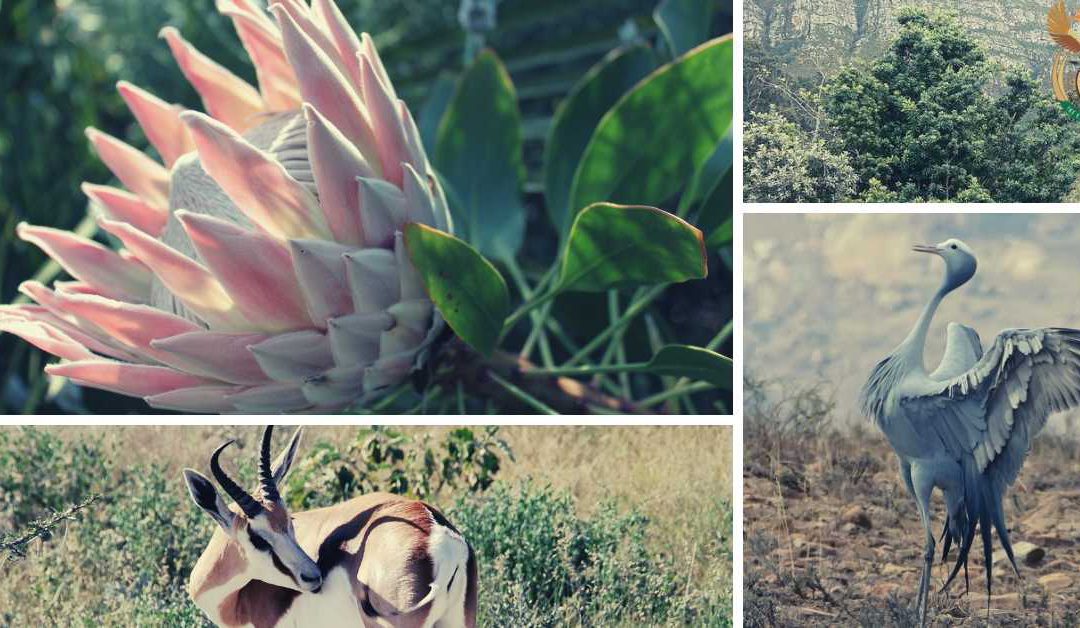 South Africa is a country filled with plenty of natural beauty, so it is not surprising that South Africa’s national emblems are often based on the beautiful countryside that surrounds us and the animals that live within it. Here is a quick round up of our favourite national emblems

The Real Yellowwood is a large evergreen tree that grows up to 30 meters in height. It is native to the moist southern and eastern areas of South Africa. It is a slow-growing tree and exceptionally long-lived with bright edible berries that attract birds. The beautiful wood of the tree is used for furniture.

The Galjoen is indigenous to the coasts of southern Africa from Angola to South Africa and is generally found around reefs at shallow depths of 10 metres, often near the shore. Due to their abundance, the Galjoen is common in South African cuisine and is served sprinkled with lemon and pepper or with melted garlic butter.

The Blue Crane is a tall ground-dwelling bird that is listed as ‘vulnerable’ by the International Union of Conservation. The crane is pale blue-grey in colour, becoming darker on the upper head, neck and nape. They are found in the dry grassy uplands in areas of low human disturbance and in the agricultural areas of the Western Cape.

South Africa’s Coat of Arms was introduced on Freedom Day, 27 April 2000, and it features a number of different symbols, each with a significant meaning: