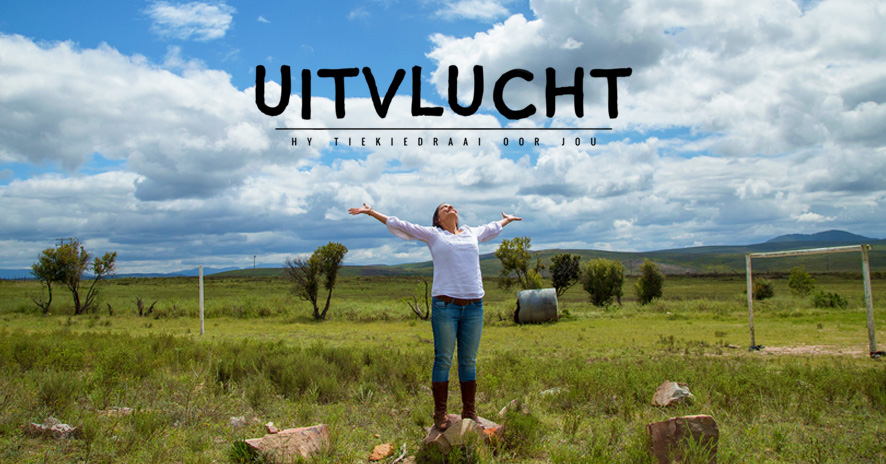 Uitvlucht is a story of hope in a hopeless situation, grace in desperation, and abiding love. The director of this film is Regardt van den Bergh, known for projects like Faith like Potatoes and Klein Karoo.

The film follows three story lines, but in the end all three carry the same message: that love can conquer anything.

One story line is concerned with Willie (Clyde Berning), a young man who is angered by the demise of his marriage. He takes temporary residence in a B&B, where the owner, oom Joshua ((Carel Trichardt), tells him the story of Anna and Dok.

This forms the second story line. Anna (Clara Joubert van den Bergh) is a conservative middle-class woman who plays with fire and loses everything she holds dear in the process. During her journey of self-discovery and forgiveness, she gets a job at a farm school called Uitvlucht. Here, the soft-hearted farmer Dok (Stian Bam), befriends her and helps her to believe in herself again.

The third storyline is focused on the education of the kids at the school and illustrates the importance of good teachers and the important part they play in helping people to escape poverty.

The movie is beautifully filmed by cinematographer Zenn van Zyl and the cast do as stellar job as ensemble.  Reviewers have only praise for the natural performances of the kids in the movie, and Margot Luyt does a stellar job as the experienced headmistress.

If you are looking for a good drama that will lift your spirits, then you’ll really enjoy Uitvlucht. If you aren’t a Showmax subscriber already, make use of the free 14-day trial and enjoy a wide variety of movies and series which you can watch whenever and wherever suits you.