Countries to avoid if you’re immigrating to improve your health

Countries to avoid if you’re immigrating to improve your health 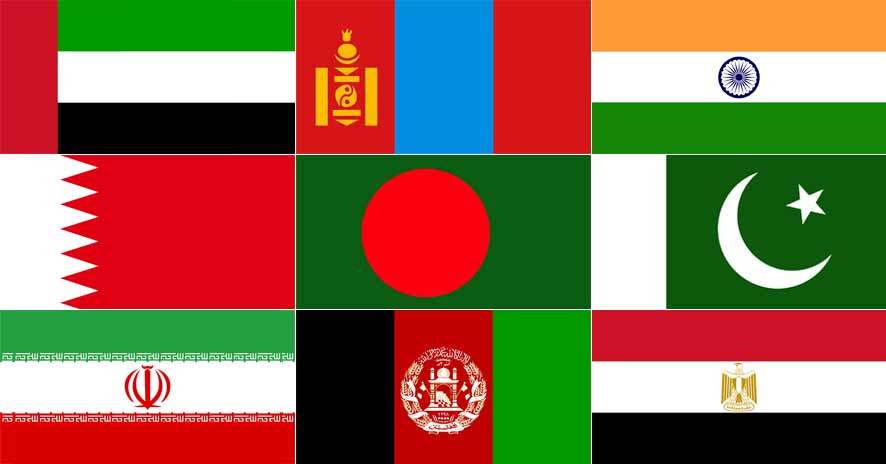 The grass is not always greener when you immigrate, as you’ll discover if you move to one of the ten most polluted countries on earth. Many articles are written about countries where you’ll enjoy a better standard of living and improved levels of health, but what about the countries that can damage your well-being? Air pollution is one of the most damaging forms of pollution, because you literally breathe it in every time you take a breath and polluted air particles accumulate in the respiratory system, causing many chronic diseases including lung cancer. Discover more about these unhealthy destinations in this blog post:

10 Countries with the highest air pollution

Pakistan has a total population of 196,17 million people and a low life expectancy at 63.6 for males and 65.4 for females. It is rated as the country with the highest levels of air pollution and the worst quality of outdoor air. The polluted air severely affects the residents’ health causing chronic respiratory problems including chronic bronchitis and is responsible for over 80 000 hospital admissions every year.

Qatar is a popular destination for expats who enjoy its high salaries and all the benefits its tax-free status brings. What many expats don’t realise is that it is ranked as the second most air polluted country in the world despite having a small population of only 2.15 million people.

Afghanistan only has an average life expectancy of 60 years of age and the most polluted capital in the country is the capital, Kabul. The Afghanistan government estimates that at least 3000 people die from diseases related to air pollution every year. A major contributor to the high level of air pollution is the use of diesel generators and the burning of plastic bags and tyres for fuel.

The high population in Bangladesh of 156.59 million people plays a major role in contributing to the extreme levels of air pollution in the country. Both males and females have a life expectancy of 70 years, with Narayonganj topping the list as the city with the worst air quality in the country.

The average life expectancy in Iran is 74 years and high levels of carbon monoxide, sulphur dioxide, asbestos and nitrogen oxide can be found in the air that’s inhaled daily by residents living in all its major cities.

Egypt is a popular destination for both travellers and expats alike but as one of the most populated countries in the world, it ranks highly on the air pollution scale. Air pollution in Egypt is largely attributed to factory and vehicle emissions and the burning of coal and wood as a source of energy and heating.

The average life expectancy in Mongolia is only 68,5 years and a large portion of the air pollution is as a direct result of burning coal as a cheap source of energy to combat the extremely cold weather.

Despite being one of the wealthiest countries in the world, the UAE only has a life expectancy of 76.7 years. With a total of 9,2 million, it continues to attract expats who are willing to deal with the high levels of air pollution in exchange for high salaries and good job opportunities.

India is the second most populated country in the world with over 1.2 billion people, who together with vehicle and industrial emissions, contribute to its high levels of air pollution. The average life expectancy for women in India is 69.6 and 67.3 for men

Bahrain has a low population of 1.3 million people but still falls into the top 10 unhealthiest countries in the world due to high levels of air pollution as a result of industrial emissions and energy production.

If you’re planning on immigrating and need advice regarding your current financial situate and your finances in your new country, contact us today.  We’re here to help you unlock your South African wealth and put you on the path to financial freedom in your new home.
[contact-form-7 id=”6581″ title=”Blog post (call me)”]