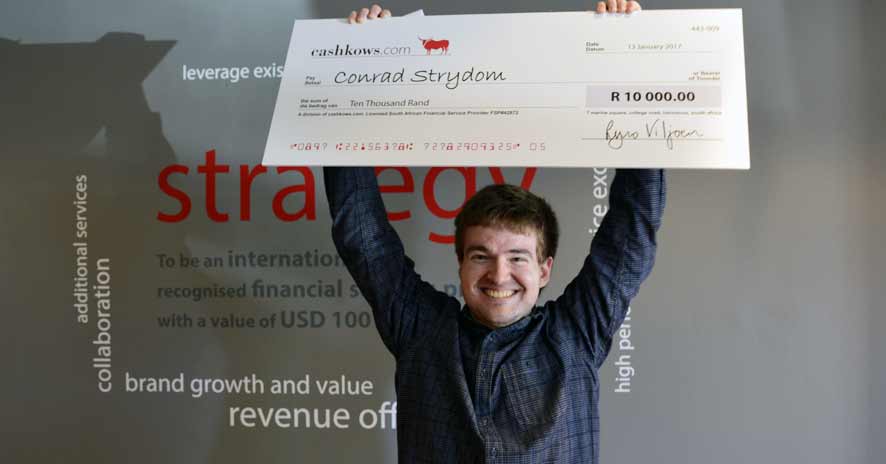 At finglobal.com we’ve always maintained that the tiny town of Hermanus has a wealth of talent to offer the world. It’s for this reason, as well as the majestic backdrop awash with natural beauty which that we set up shop in the area in 2010.

It therefore comes as no surprise that one of Hermanus’s own has taken top matriculation honours during the 2016 academic year.

Conrad Strydom: the pride of Hermanus

Not only did Conrad Strydom, a 19-year-old matriculant of Hermanus High School, obtain the highest national score in the science Olympiad in 2016, but he also received top marks in his subjects.

WATCH: Here’s the walk that made Conrad Strydom, SA’s top matriculant, a viral sensation. Click for more on the class of 2016. pic.twitter.com/BmWqJ9cmQn

With an average of 98%, Conrad managed to ace his Mathematics and Accounting subjects with full marks and obtained 98% for his Afrikaans FAL, Physical Science and Life Sciences with a 94% mark in English HL.

In a bid to encourage academic excellence, finglobal.com has awarded Conrad a financial grant of R10 000 towards his tertiary education. This award is both in acknowledgement of his determination and hard work to date as well as a show of faith in his continued dedication to academic success and leadership. 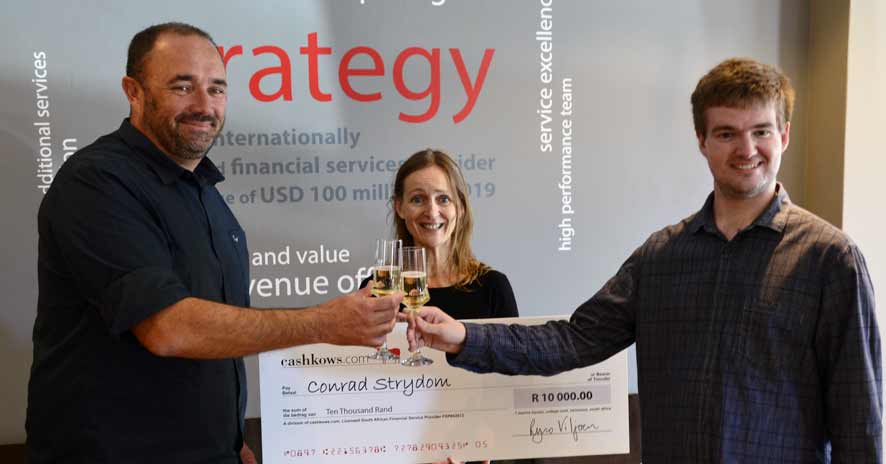 Conrad Stydom and his mother alongside finglobal.com CEO Ryno Viljoen

In addition to his academic performance, Conrad has been lauded as an exceptional leader – the epitome of accountability. And Conrad’s talents don’t stop here, as it seems he’s also stolen the hearts of South Africans with his infectious attitude and uproarious stage strut.

Conrad is not the only Hermanus High student to enter the adult world with an A-average. In addition to the top achiever award, the secondary institution boasts a 100% pass rate with a whopping 27 A scores. 79% of matriculants obtained matriculation exemption,

The top pupils are:

Congratulations to all achievers

Finglobal.com would like to congratulate all other students who matriculated throughout South Africa, in particular those who have gone above and beyond their means and circumstances to pave a way forward for a bright and promising future.

We encourage all youths to seize the day, take responsibility for their futures and the future of South Africa. 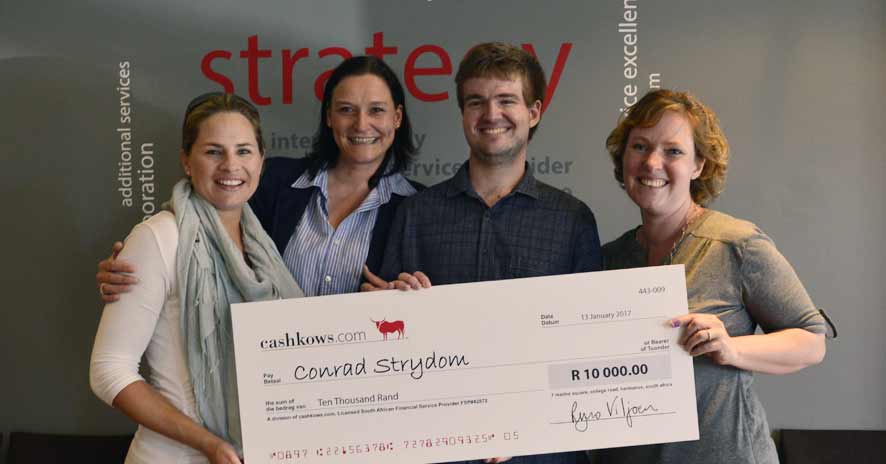