Home » 5 animals you need to be careful of in Canada

5 animals you need to be careful of in Canada

Home » 5 animals you need to be careful of in Canada

5 animals you need to be careful of in Canada 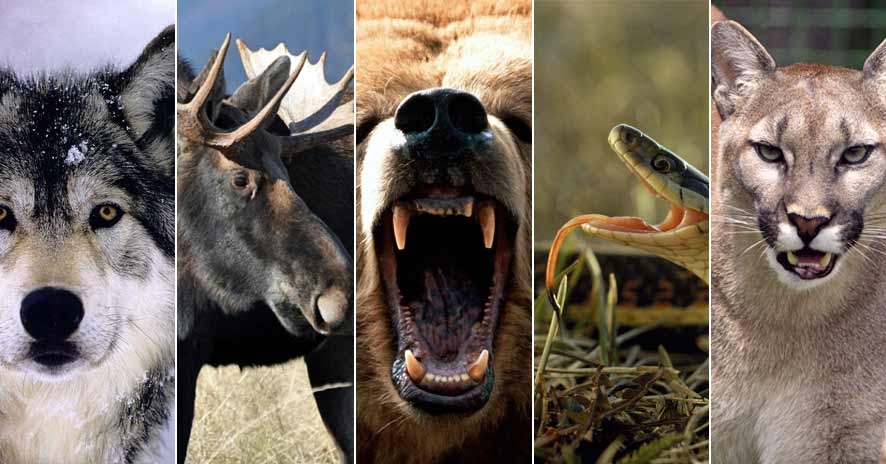 Canada is part of the British Commonwealth and is very popular with expats from the UK, France and South Africa. Its strong economy means it’s able to accept more immigrants and it is a relatively straightforward country to immigrate to if you are living in the US or the UK.

Canada is frequently ranked number one in the United Nations annual Human Development Index and it is a popular destination, allowing people to bask in natural beauty while still enjoying all the modern conveniences found in the Western world.

But Canada’s wilderness is not something to be trifled with. Breathtaking to look at, it’s home to many animals that you need to be very careful of if you encounter them. Here are 5 you need to be aware of:

Cougars fall into the top group of the most dangerous animals in Canada and the highest number of attacks tend to happen in British Columbia. Cougars will actively stalk their prey and charge at a fast pace and children can be particularly vulnerable to their attacks. Cougars are usually seen around in November and if you are ever unlucky enough to be attacked by one, the recommended advice is “don’t play dead”, but try to be as aggressive as possible and fight back.

It’s rare for a wolf to attack a human, but if you encounter one and they perceive you to be a threat, they will act aggressively. The arctic wolf and the Eastern wolf live in Canada and move and hunt in packs of three or more.

Moose are often depicted as gentle creatures in children’s cartoons, but they are one of the most dangerous animals in Canada. In Newfoundland and Labrador, moose collisions with vehicles are common. If a Moose perceives a threat it will use its antlers to defend itself and kick violently.

Rattlesnakes are found in British Columbia and can strike if they are disturbed. Although their bites are not usually fatal, it is important to be very careful around them. A highly poisonous snake is the Desert Night Snake, which lives, in southern British Columbia. Humans rarely come upon them but if you do be aware – their saliva is toxic

If you’re planning on immigrating and need any advice about your financial migration, leave your details and we’ll help you on the path to financial freedom in your new home.
[contact-form-7 id=”6581″ title=”Blog post (call me)”]