Home » Do you know this bird? A look at endemic South African species…

Do you know this bird? A look at endemic South African species… 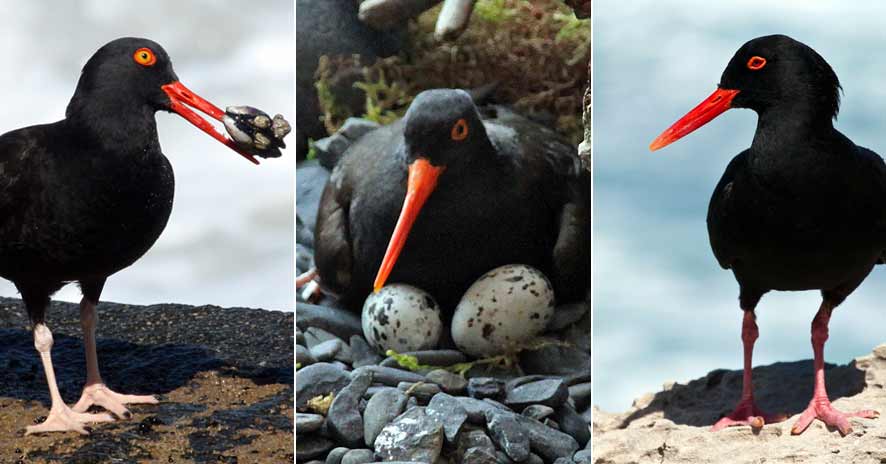 Birding is cooler than you think.  If you’re looking for the perfect excuse to wander off the beaten track and explore the world, this is it! And with the festive season coming up – it may just what the doctor ordered. Part-treasure hunt, part hiking-adventure, birding is one of the most popular outdoor activities in the world. Millions of birders of all ages and from all walks of life take delight in spotting – and sharing – with fellow enthusiasts.

Looking for something elusive and unusual? What about the African black oystercatcher (Haematopus moquini), sometimes known as simply the African oystercatcher? Native to the Southern African coastline, it sometimes travels as far as Angola and Mozambique, but their breeding range only spans from Lüderitz in Namibia to Mazeppa Bay in the Eastern Cape of South Africa. They tend not to leave their territories, making them an endemic Southern African species. Their nesting sites are often located on rocks and cliffs hugging the shore, which is their feeding ground.

Birders may not always be lucky enough to spot this striking bird, however. It is classified as “near threatened” on the IUCN Red List, with an estimated population of only 6000 adults. Recent conservation efforts have contributed to an increase in population, and this shines a bright, promising light on the future of the species. Currently, the migration of young African black oystercatchers is being researched, so if you happen to see an oystercatcher with coloured or numbered bands on their legs take note of the numbers and colours and contact the Percy FitzPatrick Institute of African Ornithology* with the information.

An African Black Oystercatcher incubates her eggs in a nest that is placed on the crest of a prominent dune and that gives her good views of the surroundings where she can watch for approaching danger. #naturesbeauty #wild #natureamazing #marineprotectedarea #birdsofinstagram #birdphotography #bird #seabird #dehoopnaturereserve #dehoop

African black oystercatchers typically feed on molluscs such as mussels and limpets, hence their name. They have also been known to feed on polychaetes (a type of marine worm), insects, and occasionally even small fish. Their beaks are adapted to be able to pry open mussels and pick limpets off of rocks, but also sift through the sand for other food. The African black oystercatcher is a large, noisy wading bird, with a weight of around 600-700 grams and a wingspan of 80 cm.

The female is larger, with a longer beak, than male African black oystercatchers, but their appearances are essentially identical. What is striking about these birds is their bright red legs, eye rings and bills. The red colouring does not develop until the birds have fledged. The juvenile African black oystercatcher has a soft grey plumage, but with the development of their red colouring on their legs and beaks, their plumage changes to a completely jet black. This makes them highly distinguishable from other Eurasian oystercatchers, and easy to spot when birdwatching.

Have any animals you’re particularly fond of? Let us know!