Home » Above board – how big data will enforce regulation

Above board – how big data will enforce regulation 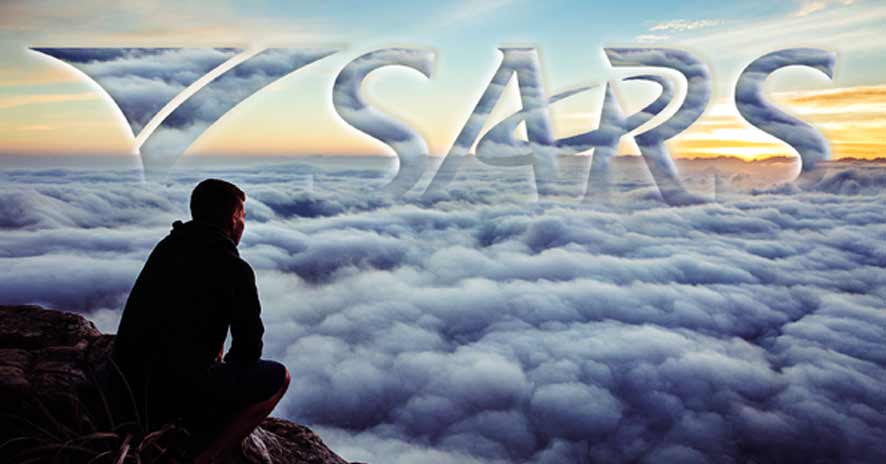 The economic world is in flux! Not only have we borne witness to a myriad of economic shakeups on South African soil, but we’ve seen a fair share of global challenges in the financial sector over the past few months; from Chinese stock market turbulence to widespread credit rating hurdles, Brexit, interest rate fluctuations and, of course, the Panama Papers.

In an era of information where data is becoming increasingly intuitive and integrated, it was only a matter of time before regulators across jurisdictions harnessed the power of big data.

Since the dawn of bartering, humans have sought opportunities to exploit the system and earn (or save) a quick buck. Though this criminal adroitness does point towards self-preservation and a certain ingenuity, the propensity for side-stepping financial drawbacks at the expense of a country’s economy, or in disdain for the authority of political regimes, clearly encumbers economic growth. Ironically it’s exactly this prevalence of fraudulent activity which forces the hands of regulators towards regulatory constraint.

The epoch of ducking tax liabilities by playing the system has, however, reached a state of rigor and the juncture now presented to us has only two roads – it certainly isn’t hard to gauge where those two roads lead. The signpost reading ‘Cross at your Peril’ is bright, bold and does not suffer ignorance.

Regulators like SARS are fast disposing of hard copy submission and repositories for cataloguing and verifying information – and this digitisation of information will be the final nail in the coffin of the tax evader. Regulators also seem to be on track with regards to the multilateral convention of mutual administrative assistance which will see to a somewhat ‘borderless’ exchange of financial information between at least 74 countries. This information sharing opens the doors for administrative transparency under the Common Reporting Standard (CRS) on the Automatic Exchange of Information (AEOI).

Although we are already well into the digital era, it has nonetheless taken some time for head honchos in financial governance to catch up. This sluggishness in data-handling permutation is most probably attributable to concerns over privacy, bureaucratic integration and the shear bulk of digital knowledge – both archaic and current – to be registered, processed, cross-referenced, maintained and safeguarded.

Fiascos like the Panama Papers are at least partially to thank for regulatory expatiation into the digital sphere – if only for further potential security risks posed by inaction or lenience on their part. Moreover, if a bunch of journalists can expose such widespread nefarious dealings, then surely lawmakers can pull up their socks?

And, of course, this is exactly what they’re doing.

The Tax Administration Act (No. 28 of 2011) has seen to the development of SARS’s Strategic Plan 2012/13 – 2016/17, which will essentially enable the regulator to become more data and information rich. Among other things, we’ll be seeing far greater data integration when it comes to our economic activity on third-party platforms. Additionally, the regulator has also hinted at cooperative compliance agreements with tax practitioners with the hopes of repairing its notoriously shaky relationship with financial services providers. These developments are undoubtedly backing tax evaders into a rather precarious corner.

The announcement of the Special Voluntary Disclosure Programme (SVDP) in Pravin Gordhan’s budget speech earlier this year therefore came as no surprise. Of course, it followed the institution of inter-government agreements (IGAs) such as the Automatic Exchange of Information (FATCA), CRS and AEOI, which in turn saw the ratification of the 2015 Tax Administration Laws Amendment Bill – the legal backing for regulatory overhaul.

The focal point of SARS’s scrutiny is, however, not necessarily the financial dealings of average South Africans on home turf. For the moment the regulator seems more concerned with regularisation of offshore assets. Gordhan’s hope is quite clearly that the SVDP would prompt transgressors to own up and profess without intervention. During this six-month window running from October 2016 to March 2017, South Africans will have the opportunity to disclose undeclared foreign funds accumulated before 29 February 2016 – disclosure which will in turn reward them with amnesty.

The carrots dangling from the proverbial SDVP stick include tax exemption on offshore investment income and interest before 1 March 2010, tax exemption on 50% of funds used for establishing offshore accounts, waiving of understatement penalties and criminal prosecution and, of course, rather lax levies on repatriated funds.

As the SDVP will apply to both tax residents and exchange control residents, South Africans abroad may be scratching heads as to the ambit of their accountability.

Though it can be argued that the bulk of tax evasion is intentional, the truth is that many individuals aren’t aware of their wrongdoings. South Africans who have relocated abroad may, for instance, consider themselves exchange control (Excon) non-residents, but should they still hold bank accounts in South Africa or not have gone through the formal emigration process they are still liable to pay taxes. The same holds true for South Africans living in non-treaty countries or in countries which exclusively tax sourced income. And those floating across borders on work permits should most definitely check their tax status.

Furthermore, South African expats who stay abroad indefinitely often dismiss their obligation to the regulators in their new countries – breezing past target dates which require conversion to the taxation protocols of their new jurisdiction. Whether this equivocation is calculated or a mere financial faux pas is immaterial – compliance is a non-negotiable.

The question remains whether individuals will buy-in to tax authorities’ appeals for disclosure given that many prominent individuals and companies are biting their thumbs at regulators. Take Apple, for instance, which is using loopholes in the US tax system to essentially ‘evade’ taxes on offshore capital in excess of $181 billion. Apple CEO Tim Cook is adamant that these funds will remain offshore until the US slackens tax rates on repatriated money – and for the moment he is well within his rights, although the ethical validity of this standpoint is debatable. If we shift our focus to South East Asia’s largest economy, Indonesia, we see a country which has missed its revenue targets for seven consecutive years; a phenomenon which has been largely attributed to perceived corruption in government ranks.

The picture is equally bleak on South African soil where tax evasion by heavyweights like Julius Malema, Dave King, Dave van Staden, Garth le Roux and Khulubuse Zuma has unmasked the pervasive disregard for regulatory authority. We’ve also borne witness to allegations of industrial espionage, fraud, racketeering and bribery implicating British American Tobacco South Africa, members of the SAPS, the State Security Agency, the Hawks and none other than SARS. It is therefore no surprise that the man on the street sees tax submissions as a bit of a joke.

The role of your financial services provider

The cynicism and naivety of your average Joe is at least to a certain extent pardonable. The same, however, cannot be said for financial services providers. Not only does misinformation and infraction hold legal implications for tax practitioners, we also have an ethical responsibility to our clients which, in simple terms, means doing what is right. With such a vast and continuous regulatory evolution, it is our duty to take information to our clients instead of waiting patiently for them to approach us. And should we have to inform them of possible financial knocks resulting from past misconduct – this is a risk we need to take in order to uphold our credibility and safeguard our clientele from future losses. In fact, we should question the integrity of any financial services provider which sees transparency as optional or whose ‘ethics’ is dependent on legislation.

As with the evolution of regulation, it seems only fitting that the role of the financial practitioner also transmutes. The big players of the future will no longer be those who merely spare their clients a quick buck through analytical and strategic dexterity – but those who can play the game out in the open. Candour, it seems, is becoming an increasingly attractive checkbox on the resume of the tax practitioner, and the deciding prerequisite for the man on the street.

As an accredited financial services company, we can assist you with any and all aspects of your cross-border financial portfolio. If you want to keep your financial dealings above board and ensure that you comply, cashkows is your best bet. We’ll also make sure that you get the highest possible returns and rebates. Leave your details and we’ll call you back!
[contact-form-7 id=”6581″ title=”Blog post (call me)”]