Home » Reasons to immigrate to England

Reasons to immigrate to England

Home » Reasons to immigrate to England

Reasons to immigrate to England 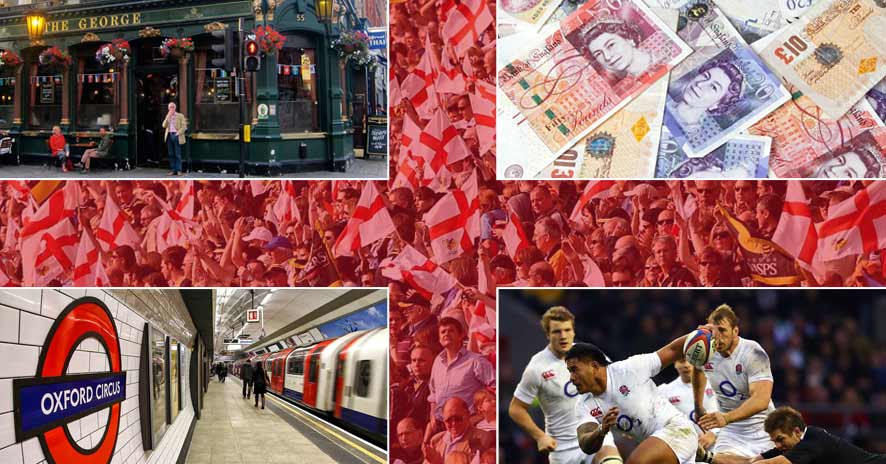 But why is it so popular? We’ll give you the low down on why the country of tea and scones measures so high on the immigration list.

Immigrating to England makes tonnes of sense for you as a South African, check out the top reasons why safas love this country so much.

The land of English

So there may be loads of English vernaculars in the world (even within English borders), but all of these languages stem from one source – England. Though English has many influences (think Gothic, Gaulish, Gaelic, Old High German, Britannic – (, Manx and Old Norse), it is a Germanic language (part of the western branch of Indo-European languages) which only blossomed on the shores of England and is a language infused with history. It’s the land of Shakespeare, Chaucer, Austen, Milton and Woolf – it’s the land of pneumonoultramicroscopicsilicovolcanoconiosis, supercalifragilisticexpialidocious and enneacontakaienneagon, and also argle-bargle, jackanapes, lickety-split and snollygoster. It’s a language which can command respect and awe in the same breath that it elicits rambunctious laughter, and for that we salute England. Just think of the word ‘dord’, for instance. What does it mean? Well, absolutely nothing – but that didn’t stop the tradition of keeping it in the dictionary for eight years, something which is just so English.

Land of the mild-mannered

Yes, yes, it’s true England has its fair share of hooligans and anarchists, but in general, the English are known to be docile and mild-mannered. This may not be the consensus when you visit your nearest pub, football field or political rally – but to be honest, those locations and events are spirited in any country. We’re talking averages here, and on average, your neighbours will not be snooping around your yard, you won’t be urged to participate in a fist-fight after a minor car accident, and you won’t find a stranger breaking through your burglar bars at three in the morning. The English are simply courteous. The lady next door’s greatest excitement may be limited to the local bake-off and the latest episode of Downton Abbey, but if you’ve been living in South Africa all your life, then this mild lifestyle and gentle temperament may be just what you’ve been looking for.

Okay, so we mentioned pubs, right? Indeed, this is the one location where ye Anglaise feel free to let the hair down and get all pompous-like. As South Africans we can totally understand that – which is why you’ll probably enjoy the atmosphere of your local pub. And where is this local pub? Well, just down the road… in any direction… because England is not England without a pub. But unlike our local bars, the English pub is also an important part of the life and culture of England. The word ‘pub’ comes from ‘public house’ and in older days it used to be simply individual homes open to the public for food and drink. These ‘public houses’ (stemming from an amalgamation of taverns and inns) offered food and drink, rest and sometimes temporary housing to travellers, visitors and neighbours alike. For this reason, pubs (unlike bars) don’t always offer elaborate mixed drinks – some of them would rather offer you a warm pot of tea than a daiquiri. But you can ask your barman and barmaid for an ale, lager, bitter, stout, whiskey, gin, vodka or rum as well as some pub grub.

Public transport is the bee’s knees!

South Africans will absolutely love this. If you know anything about N1, N3, M2, M5 and N2 traffic, hang your head when you hear Buccleuch, Malibongwe, Rigel, Koeberg, Bluff Road or Main street… then you’re probably dreaming about proper public transport. In fact, there are few forms of transport as efficient as the London Underground, not to mention the taxis and trams. Riding the tube is a mesmerising experience – with 11 train lines spread over 400 kilometres – it can take you anywhere and the next train is just a few minutes away.

You earn in pounds

Is there really anything else we need to say here? Who won’t want to give up their measly Rand earnings for a chance to earn in British Pounds? In fact, at the time of writing this article, the Rand-Pound (pound sterling) exchange rate stood at R23 to £1. Of course, this exchange rate may make your initial move rather tough, but once you’re there, you’ll start earning in one of the strongest currencies in the world – something which will also make your South African holidays much more affordable.

Saving for retirement is so easy

South Africans moving to England will be happy to know that they can actually increase the value of their pension fund by transferring their money to the UK. This is all thanks to the UK pension incentive programme which incentivises immigrants for transferring their retirement savings to their new home. Although you’ll initially need to pay compulsory SARS withdrawal tax when you withdraw your pension from South Africa, the UK’s pension incentive programme could potentially increase the value of your savings by up to 25%. Once your money is in an English retirement savings fund, you’ll also start earning interest in the British currency. And the best part? Should you choose to move back to South Africa one day you will receive your pension tax free.

According to the U.S. News in association with BAV and Wharton rankings for 2016, England scores a 10 out of 10 for its legal framework. If you happen to find yourself in a legal spat, you’ll be happy to know that this is one of the countries where your rights – and those of your fellow citizens – will be upheld with honour, respect and dignity. It’s a country with a well-debated, contested and therefore established legal system which has evolved over time to consider and uphold the rights of all individuals.

Few things are as English as the food. Think English Breakfast – which is a cooked meal which includes bacon, sausages, egg and other cooked food like hog’s pudding and Cornish potato cakes. Or how about some tea? And by tea we’re not just referring to the actual drink, but the umbrella term which may refer to your afternoon tea (a light meal served between 16:00 and 18:00), cream tea (a snack including tea, scones, strawberry jam and clotted cream), tea – as an evening meal (taken at supper or dinner), a tea break (also known as elevenses or luncheon). But there are so many other famous English dishes which are absolutely fabulous. There are things like Bedfordshire clanger, bangers and mash, Lancashire hotpot, cottage or shepherd’s pie, devilled kidneys, fish and chips, Victoria sponge cake, ploughman’s lunch, stargazy pie, stottie cake, suet pudding, toad-in-the-hole, Eton mess, banoffee pie, mince pie and pound cake to get you salivating.

Parents can rest assured that England is one of the best places to educate your children. Not only are English degrees recognised across the world, but individuals with a higher English education also tend to receive better job offers with higher salaries than people who have studied at other international institutions. With more than 3 000 educational institutions you’ll also be happy to know that your children will be able to study practically anything their hearts desire – and education is incredibly affordable, irrespective of which institution your child attends. The government offers loads of incentives and financial aid to international learners as well as residents. The University of Oxford, University of Cambridge and Imperial College London are among the top 10 universities in the world according to the Times Higher Education Rankings for 2015-2016. In addition, many schools also offer free or subsidised school meals to younger children.

If you want to feel at home, you’ll be happy to know the English are just as excited as you about their rugby, cricket, soccer (football), athletics, field hockey, swimming, tennis, golf, cycling, motorsport and horseracing. In fact, with most of their rugby and cricket teams being on par with South Africa, you’ll probably be able to attend many matches where you can see your new country competing against your home country. Of course, the local football scene may be a bit more elaborate than the ‘soccer’ you’re used to at home, and there are other sports which aren’t really such a big deal in South Africa, including bandy, hurling, badminton, boat racing, polo, bowls and darts, but this only means you have a greater variety to choose from.

The great thing about living in England is the access to travel opportunities throughout the UK and Europe. In fact, England is a mere 33.1 kilometres from France through the Strait of Dover. If you have applied for citizenship and have your British passport you’ll also be happy to know that your passport will give you visa-free access to 156 countries in the world (ranked 8th in the world). This opens so many doors for you and your family and will allow you to travel the world mostly unimpeded. In fact, the British passport is so desirable that many people choose to remain in the UK primarily for the citizenship which offers them such great travel opportunities and rights.

These are just a few reasons why England maybe calling you! Do you have any more suggestions, opinions or tips for South Africans moving abroad? Send yours to info@finglobal.com.