Home » #TravelTuesday – what does the future of travel look like?

#TravelTuesday – what does the future of travel look like?

Home » #TravelTuesday – what does the future of travel look like?

#TravelTuesday – what does the future of travel look like?

It’s Travel Tuesday again, and this week we’re looking at the future of travel. What will it look like 20, 50 or a hundred years from now? What can we look forward to in the travel industry for years to come?

Well, we’re taking a look at some outrageous and not-too-farfetched advancements in travel.

Imagine a plane that doesn’t consume fuel? No stops to refuel, no worries about taking detours or running out – as that’s all covered. Well, fuelless planes are not only in our future, the first one has already made its maiden voyage around the world.

Of course, this first trip was sans people, but with Swiss adventurer Bertrand Piccard behind the steer. The plane was co-founded by Google’s Sergey Brin, who is an avid alternative energy enthusiast.

Read more about the Solar Impulse.

There’s a lot to look forward to when it comes to payment systems in future. We’re talking mobile wallets, snapscan, Robocoin digital money transfer and payment, more Bitcoin and some other great biometric integrations which would make travelling with a wallet unnecessary.

In fact, The Street suggests that the future of mobile payment will actually move to the virtual reality sphere. President of Elavon North America, Guy Harris, suggests that although mobile platforms for iOS, Android or Windows are currently used by some of their users, they’re not as popular with the mainstream as people may think. He strongly believes the VR realm is the future of payment since, “Theoretically, using the virtual reality technology you can shop and actually pay” for items.”
Frank Green SmartCups is an amazing example of smart payment. The SmartCup is linked to your account and by simply taking your cup to your favourite linked barista, you can scan the cup on takeout and pay for it without needing your wallet. 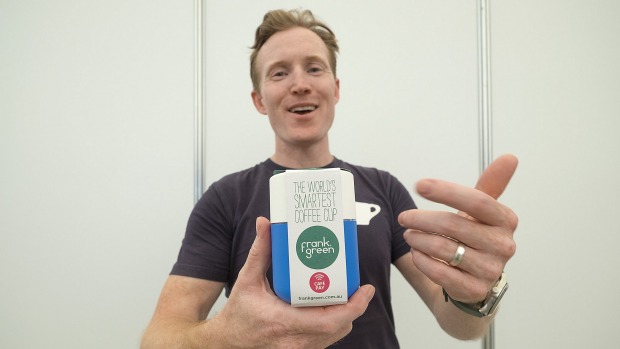 Thanks to people like Sir Richard Branson, Mark Shuttleworth and the good folks over at NASA, space travel is no longer a thing of the imagination, but an actual possibility. Yet there are many limitations to accessibility for your average Joe.

Firstly, it’s one helluva expensive way to travel. The Virgin Galactic which aims to offer space travel to ‘normal’ humans, already has a list of more than 700 celebs who’ve paid their $250 000 (R3.6 million) deposits to get shipped off into space once Galactic has passed its testing phase (which has been riddled with tragedy).

Secondly, as with most things in life, health is a major issue. Anyone travelling into space will have to undergo health testing and clearance before being okayed for flight. Some of the tests will measure pre and post-spin blood pressure, continuous heart rate, oxygen saturation in blood, motion sickness, disorientation, grayout, nervousness and psychological capacity.

But there is one silver lining for those of us who are claustrophobic, prone to motion sickness, or downright too lazy to pass any fitness exam. American astronautics engineer, Louis Friedman, believes that future physical space travel will probably stop at occupation of Mars, as any further travel will be the travel of the mind. Through marrying cosmology and virtual reality, it would be possible for us to travel way beyond physical boundaries without leaving our physical locations.

Airport security is a nightmare. Not to mention all the paperwork, checks, verification processes and what have you.

But the travel industry is rapidly changing to not only accommodate, but harness the power of real-time biometric authentication.

Biometrics has been used to a varying extent across the world to identify and authenticate individuals on different platforms and for different reasons. This includes facial recognition, fingerprint identification, retinal scanning and voice recognition. Countries like the Netherlands, Brazil and Albania already use fully ICAO9309-compliant biometric travel documents. This means that the identification cards for residents of these countries contain biometric information which uses contactless smart card technology as well as a microprocessor chip to store and verify information on the International Civil Aviation Organisation’s (ICAO) Doc 9303.

The problem, of course is in determining which regulations all countries would be willing to abide to or cede in order to make worldwide biometric travel authentication a real thing.

According to the Samsung Smart Things of the Future report, we have towering megastructures and underwater bubble cities to look forward to. Not only is global warming a real thing which is already affecting our climate and ocean levels, but the human population is also growing at such a rate that alternative structures need to be considered.

Of course, it stands to reason that the first people who will buy into this idea would be the ones who can actually afford it – which means luxury alternative hotel structures will be huge in the travel market in future years.

Take a look at the Samsung Smart Things video.

Indeed, there are already a list of underwater hotels to suit your fancy. We’re talking about Atlantis, the Palm, in Dubai, The Manta Resort in Zanzibar and the Conrad Maldives Rangali Island to name a few.

From dining beneath the sea to diving with sharks, @AskMen_UK reveals why @Conrad_Maldives is a can’t-miss destination. Tag someone you’d like to dine here with. ? #ConradMaldives #StayInspired

See through planes are, of course, also not a thing of the future, as these have already been in production for a while, but it’s still a costly affair, and one which needs to consider the ‘readiness’ of passengers to board a plane where they can see past their toes. Not only that, but there are engineering considerations which make ‘glass’ planes a bit hazardous.

That’s not stopping aeronautic innovators though. Virgin Atlantic, for instance, announced their first ever glass-bottomed plane in 2012. And the innovation doesn’t stop there when it comes to ‘transparent’ flying.

At the end of last year, Airbus also announced that transparent airplane walls will definitely be a standard by the year 2050.

But this flight innovation will not only be a standard for travellers, it’s also a reality for pilots. Consider the Striker II Helmet by BAE, which incorporates cutting-edge technology which allows pilots to not only see through their planes, but also see at night without night vision goggles.

At a SXSW presentation in March this year, Anthony Bourdain mentioned how everything we experience nowadays is so intertwined with social media. He also commented on the fact that although many people complained about the constant photographing of food, even his friends who are chefs and restaurateurs were in the habit of doing this.

But we’re not necessarily focusing on social media here. The travel innovation we are focusing on is that of culinary innovation. We’re talking about the innovation which would see our food photography and 3D-printing dreams fused into a marvellous whole. Imagine, for instance, you want to recreate a culinary adventure-on-a-plate and all you have is an Instagram reference. Well, what if we tell you that those dreams can be a reality. In 2015 the Dutch 3D printer manufacturer byFlow demonstrated the power of their Focus 3D printer which ‘prepared’ delectable desserts at the Albert Hejin (AH L) supermarket in Eindhoven. Currently, 3D printed food allows precisely shaped food which would be impossible for humans to create, but in future, the reality would be recreating whole dishes from a single snapshot.

You can read some more about 3D printed food here.

Of course there’s a host of other smart tech features which will probably come standard in future. We’re talking smart beds, smarter phones and smart suitcases.

Take the OHEA Smart Bed, for instance. This nifty invention takes the effort out of housekeeping. Though we’re not sure exactly how comfortable it is, the very idea that a bed can make itself is something to look forward to – especially for hotels and guest houses.

Then there are innovations like Shelf Pack, Blue Smart and Raden – each offering a unique solution to your packing nightmares. But what we’re really looking forward to is the Floatti case, which has 10 days to go before its crowdfunding campaign on Kickstarter ends (which they have overshot by nearly $300 000 so far).

What else do we have to look forward to? Well, virtual reality client service, speed of sound and light travel and hologram guides, smart food, uninterrupted connectivity and smart recording devices which do away with the need for selfie sticks and go-pros.

Who knows what the future holds? But we’re certainly excited to find out.