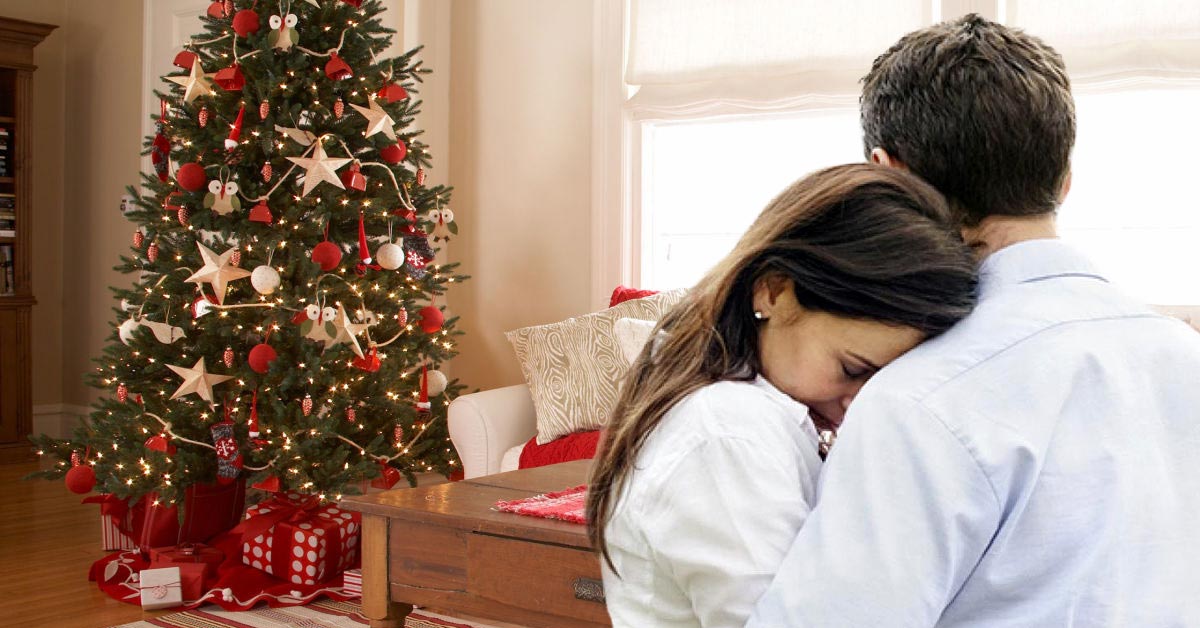 Though most of us see the festive season as a time of merriment and mirth, statistically this is also the time of year with the highest suicide rates. Unfortunately, it is the very nature of Christmas time and holidays – its focus on love, togetherness and family – which alienates the most lonely among us.

Sadly, all the celebrations only serve as a stark reminder of what they lack – the people they miss, the material possessions they don’t have and the festivities they will not get to share with anyone else.

So if you’re one of those people who’ll be spending a lonely Christmas at home, or if you know of someone who may be suffering from depression here are a few things you can do to help others survive. Please consult a medical specialist for medical advice and just use our pointers below if your doc gives you the thumbs up!

Being in a dark spot clouds your mood, your judgement and your outlook on life. In fact, it’s hard to see the silver lining when you’re standing in the storm, but an act of willful thankfulness could save you from sorrow. According to scientists, a five minute daily gratitude log can improve your long-term wellbeing by more than 10%!

A gratitude log requires that you write down something you are grateful for each day, preferably in the mornings (as this will improve your mood throughout the day). Some people go as far as to take a picture per day of something which makes them happy and which they are thankful for while others wrote about people and moments in the past which has made them happy.

Once we focus on the positive things, even if it was mere momentary blissfulness, it gears our minds towards not focusing on our troubles and helps us ‘snap out of’ bad moods and depression.

It was Charles Darwin who first theorised that free expression by outward signs of an emotions intensifies the emotion. Although Darwin didn’t focus his research efforts on this theory, many other scientists have taken up these studies and have proven that we can improve our mood by one simple gesture – smiling. In fact, it seems this most complex of all our organs, the brain, doesn’t discern between a real or fake smile.

When you smile, neurotransmitters your brain are automatically triggered to make you happy. Some neurotransmitters released include endorphins which improve your mood. And when you see yourself smiling, this effect is heightened. So even if you don’t feel like it – smile at yourself and you will feel better. Your smile will also trigger happiness in others, so put on your happy face and make the world a better place.

A whiff of happiness

Smell is one of the senses with the most instantaneous effect on mood. This is due to the fact that the olfactory bulbs relaying scent messages to our brain are, in fact, part of the brain. Since the olfactory sensory system is the only place where our central nervous system is directly exposed to the environment, and directly linked to the brain, our sense of smell is 10 000 more powerful than our other senses – especially for memory recall and brain activation. Other senses like touch or taste require travelling through the body via neurons and the spinal cord before reaching the brain – something which isn’t required by our noses.

Scientists have also found that certain smells make people happier than others. So if you’re in a sad mood, fill your home with the following aromas:

Those smart sciency guys have also found that giving significantly improves people’s happiness. So if you want to up your mood, then stop asking and give!

Behavioural therapists have long advised people suffering from mood disorders to give something away in order to feel better. In a study on charitable giving, it was found under MRI screening that the midbrain region of the brain lights up when people give. This is the same area of the brain responsible for food and sexual cravings – essentially your brain’s pleasure regions react when you give.

Some of us simply need a kickstart to feel better. And if you’re just mildly blue, there are some supplements which have been proven to help elevate mood by influencing the production or re-uptake of certain neurotransmitters in the brain.

Of course, these should not be taken without the advice of your doctor, so be a champ and ask him first.

Unfortunately, as we head into the season of overindulgence, our bodies may not cope properly with all the toxins we bombard it with. And if you’re already blue, this means you may be setting yourself up for a serious mental malfunction.

Most people associate the liver with drinking and fast food – because it is the organ that deals with processing alcohol and fats. But there’s much more to this amazing organ you know. In fact, it has over 500 functions in the body. Though it is mainly concerned with purification and providing fuel for the body, it also maintains healthy hormones and protein function (among other things).

Eating better also allows your body to release the powerful mood-boosting chemicals, concentrate harder and balance your hormones. So the trick is to eat low-GI carbs which fuel your body for longer, more essential fatty acids found in oily fish (salmon, trout and tuna) and more green vegetables and a greater variety of fruit and veg. This means you should not just stock up on quantities, but also diversify. It is also essential to eat lean protein with every meal – as protein acts as building blocks and messengers in the body. And, of course, it goes without saying that you should drink loads of water.

Foods to include in your diet are:

The link between creativity and mental health has long been established by scientists. Though they are not yet sure exactly how it works, they are sure that people become happier when they create. And, since many people who are depressed are also lonely, it’s actually an easy remedy to spend time with themselves creating something. Whether it’s making a garden, painting, writing, cooking or designing – it really doesn’t matter, as long as you’ve made it with your own mind/hands.

Get a move on

Of course, another scientifically proven remedy for the blues is exercise. Unfortunately most people feeling low do not have the energy (or time) to spend on exercise. Quite often, depression also gifts us with a mental block which leaves us actually dreading physical activity. The key here is to start with small activities. Schedule a 15 minute bike ride or walk around the block each morning before you start your day. Don’t aim too high, or you may end up feeling even worse if you don’t reach your goal. Instead – small activities and small changes could help you feel better in the long run.

And there you have it! Our tips for keeping your head above water.

Of course, there are several other things you can try to help you feel better. These include getting enough sleep, getting a change of scenery, rearranging your house and furniture, listening to music, talking to old friends or reading a good book.