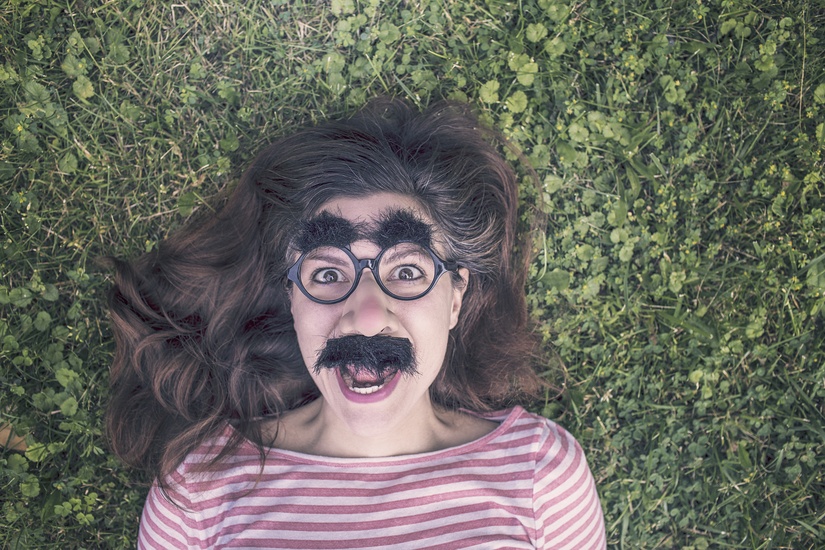 You can say a lot of things about South Africans, but one thing’s for sure – we have a wicked sense of humour. Despite our challenges as a nation, we can all have a laugh at our own expense, irrespective of our class, race or language. And this humour has kept us going through many adversities and hardships.

Some of our more popular sources of laughter include:

America has the Hoff and Chuck Norris, but neither of those characters have anything on dear Vernon, who has managed to entertain the South African world of memes and jokes for almost seven years. A bodybuilding enthusiast, Vernon (a.k.a. Cassie Booyse) shot to fame in 2008 after someone shot a picture of him in his uniquely Koekemoer attire at a rave. Vernon has since appeared in television ads and has proven to have the remarkable ability to laugh at himself.

Let’s be honest, our president has not been the most popular guy to rule a country, and his ignorant behaviour has been the source of much outrage for the South African nation. But in our passive-aggressive way of dealing with issues which we feel are out of our control, we have found that laughing is a balm for our souls. The showerhead has become a symbol of a nation’s revolt at the way it is being treated by its leaders and has been used in many cartoons along with the occasional ‘spear’.

You can hardly call yourself South African if you haven’t heard a Jan van der Merwe joke. The classic pattern of these jokes often involve Jan van der Merwe in cahoots with two other characters (a priest, a politician, a German, a woman) and ends with van der Merwe opting for a very comical and often-times ridiculous course of action.

Even people from Brakpan make fun of Brakpan! Of course, it’s not always a good thing to make fun of a particular area or group of people, but lucky for us, the people of Brakpan know how to take and make a joke. Because in Brakpan they invite you for a fight and a braai breaks out.

There are many unique things about our South African cultures, but probably the most entertaining of these, is our regional vernaculars and the way we communicate with each other. Gatiep and Meraai jokes have managed to emphasise the humour of one such group in South Africa, without being disrespectful. And the greatest part – there is no other nation in the world where Gatiep and Meraai are more welcome than the friendly rainbow nation. Although these jokes often warrant an age restriction, there is a time and place for them – usually around a braai with some good friends.

Before South Africans knew anything about getting punked or saw Jackass, we had Leon Schuster. With his unique talent at targeting average South Africans of all creeds and colours, Schuster helped us make fun of ourselves by tapping into our unique prejudices and fears. And everyone knows getting Schucksed means you’ve been had in a very South African way.

The Nando’s story started in 1987 in Rosettenville, South Africa. Although this fast food franchise could have gone the same route as all other franchises – with a simple, yet serious take on food – Nando’s has shown that you can be serious about food without being serious about business. There’s hardly a brand out there daring enough to take on serious issues like politics and still win the public’s heart – and yet Nando’s has done it and has won the public vote as most entertaining fast food outlet in the world!

Yes, yes, blonde jokes have been around in English for many years, but the Afrikaans ‘blondine’ jokes bring a uniquely South African flavour to it. To be honest, blonde jokes aren’t the most intellectual of jokes, but when it comes to having a laugh, sometimes simpler is better…

The brainchild of Kobus Galloway, idees vol vrees makes use of puns which speak clearly to a South African and Afrikaans target market. Paired with simple and witty illustrations, Galloway has stolen South Africans’ hearts and his works can be seen on social network walls, in his printed books and posted against office walls everywhere!

Although Jan Spies and PG du Plessis are not the topic of our jokes, they are definitely a source of many. The way they managed to entertain South Africans with their locally produced television show, Spies en Plessis, kept many a living room filled with laughter and introduced us to many South African comedians, like Tolla van der Merwe, Leon Schuster and more.

There are, of course, many South African comedians we could mention in this article. John Vlismas, Nataniël, Casper de Vries, riaad Moosa, Tumi Morake, Melt Sieberhagen… so many talented names come to mind. But Noah’s unique history and take on what qualifies us as being South African, has really managed to make many social issues hit home for all his viewers. An expat himself, Noah has even found his way into the homes of Americans after taking over the Daily Show from John Stewart.

If you’re having a rough day, why not rip out some great South African jokes and let the healing power of laughter get you going again. There really is no greater medicine!