South Africans’ right to Financial Freedom and their freedom to be

South Africans’ right to Financial Freedom and their freedom to be 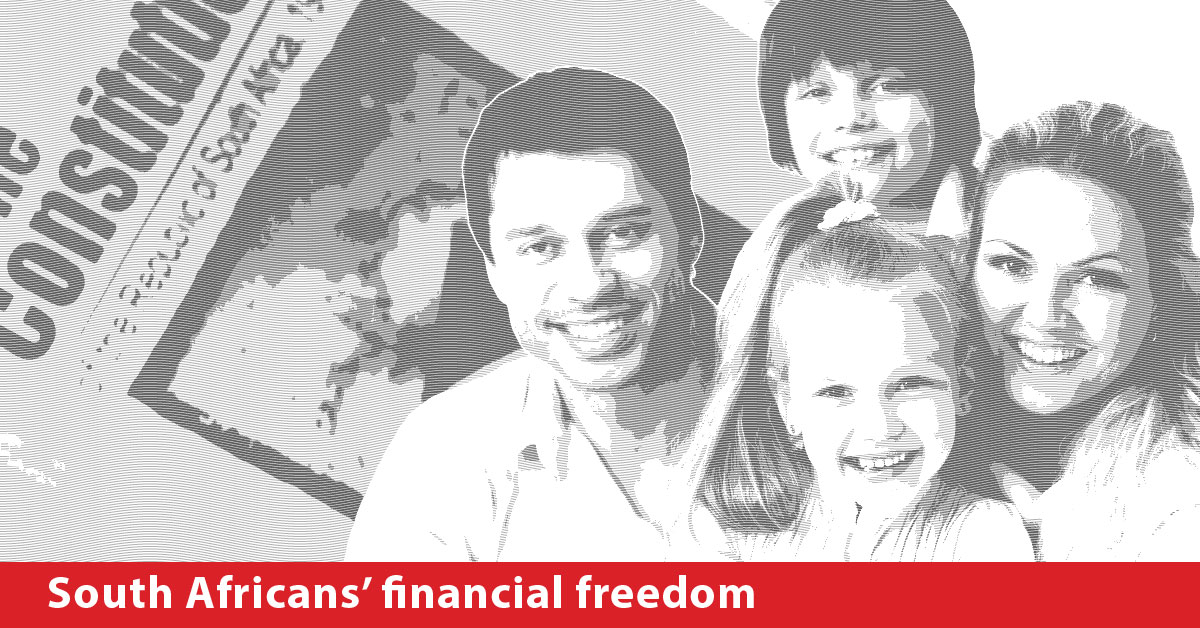 The first words recorded in the founding provisions of the 1996 Constitution of the Republic of South Africa refers to human dignity, the achievement of equality and advancement of human rights and freedoms.

From a financial point of view the expression “money makes the world go round” suddenly becomes a do-able reality in the lives of all South Africans. Irrespective whether you live in South Africa or abroad your economic freedom – to move your money as and where you please – is ratified!

The right to freedom of movement and residence means you may live and work in any country of your choosing. When coupled with the relaxation in retirement legislation of 2008 – you are fully entitled to export your wealth for safe and accessible re-investment offshore.

There is something to be said when your loved ones and everything you own are all safely tucked away under one roof. No more uncertainty or living under the outdated impression that “we had no option but to leave our money in South Africa” because times have changed.

Supporting the notion that financial freedom is not a privilege – it’s a basic human right – inspires a new sense of pride and presence when combining South African expats’ origin with their new domicile.

Birthright determines ones nationality, which means once a South African always a South African because living and working in another country will never alter a person’s origin. All humans however aspire – as Seth Godin so aptly put it – to belong to a tribe.

For decades already South Africans have been welcomed in all world countries, with a great many of them recognized as captains in their respective industries.

When delving deeper into Mr. Godin’s concept of tribes and given the impossibility of reversing one’s birthright – how then do expat communities brand themselves?

Embracing one’s roots combined with right of residence not only celebrates the best of both worlds it also confirms every South African’s most basic human right – the freedom to be – with the journey to financial freedom starting here.