Home » The smart way to move your assets abroad

The smart way to move your assets abroad

Home » The smart way to move your assets abroad

The smart way to move your assets abroad 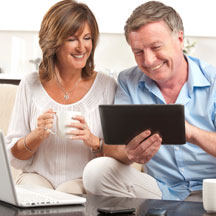 For our forefathers to have moved their assets around there was no mountain high enough…they loaded the ox wagons, gathered the herds, braved storms, rivers and the unpredictable only to end up someplace they never knew existed.

In later years the adventures would be more challenging when they’d load their possessions on a ship to brave the seven seas in search of another life.

One thing was for sure – there were no guarantees – they were out on a limb!

Over time, however, South Africans have become Global Citizens of the World what with more than a million of our countrymen living across 7 continents. We are indeed a curious, adventurous and interesting nation …

Thanks largely to the Internet the financial migration and emigration playing fields of the 21st century has levelled – to the point where people have every bit of information, about everything and everywhere, at their fingertips – making it a piece of old tacky when considering moving to another continent.

While upping and offing to go live in another jurisdiction has become a great deal easier, the exercise holds challenges all of its own. Financial emigration – as described by the South African Reserve Bank when you intend moving your investments and other financial assets abroad – is not designed with the pragmatic DIY South African in mind.

Financial migration planning is a process, which when properly executed provides South Africans the opportunity to financially exit from the country with the South African Reserve Bank’s approval.

However – where there’s money and taxation involved; national insurance and pension companies; local and international banks; tax clearances and allowances; foreign exchange rates and personal profit and loss – an aspiring emigrant inevitable gets reduced to just being a number. Understandably so …

The financial systems, processes, legislation, administration and bureaucracy a family is required to navigate is challenging, frustrating, costly and time consuming.

We found out the hard way – Impossible is Nothing. Anything is Possible.

Five years ago my expat brother asked me to lend a helping had to transfer his retirement annuity proceeds to Australia – his new hometown. The rest, I’m pleased to say, is history.

It took three of us, Steve Porter, Brennan Davis and myself, thousands of man-hours to develop the online financial migration planning system which back then we called finglobal.com and started a business in Hermanus in the Cape.

Today, four years later, we have offices in Australia and the UK and our head office still in Hermanus where there are a number of professionals … a globally experienced team of chartered accountants; Certified Financial Planners©; registered PPS advisors; cross-border tax professionals; international bankers and emigration and legal specialists to cover every aspect of the financial emigration process – all the stuff the everyday migrant cannot be blamed for not knowing about!

When it comes to offshore funds and assets transfer we would like to believe we’ve perfected the shortest distance between two points to be a straight line. It has taken time and hard yards. Given the changing and competitive world we’re living in we constantly have to deal with the new challenges the South African migrant has to face!

We’re proud of what we’ve achieved in the last four years and know that our service offering will continue to evolve to ensure every South African migrant – whether leaving or returning – will enjoy the finglobal.com service experience.

We have successfully assisted more than 60 000 clients to transfer their retirement and other financial assets abroad. A rough calculation makes it three financial migrations a day. From what was once known as a village by the sea that’s not bad doing!