Home » Where there’s a will, there’s no complication

Where there’s a will, there’s no complication

Home » Where there’s a will, there’s no complication

Where there’s a will, there’s no complication 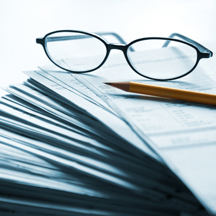 “It’s important for South African expats in Australia to have an Australian will”… is the advice of Estate Planning Specialist Shirley Tascone.

Your South African will may cause unnecessary family complications after the passing of the testator and she talks to two reasons why expats should draft an Australian will.

In the first instance you’ll want to avoid unnecessary delays when obtaining a Grant of Probate in Australia and a Letter of Executorship in South Africa.

Evidently most South African couples have one original will between them, which was prepared in accordance to South African laws. However, in Australia, the law relevant to for wills is different and it is therefore recommended that each individual have their own original will.

“Problems can arise when the Master of the High Court in South Africa needs the original will before issuing a Letter of Executorship to the Executor.”

“Apart from the complication presented by the original will being held in an Australian Supreme Court, it’s also the only original document representing the surviving spouse. Imagine – when some time later the surviving spouse passes (assuming the absence of a newly drafted will) – the potential problems the family has to face relative to the testator’s Australian and South African assets due to the absence of an original will!”

“Such complications can hold considerable legal fees for the estate, in both Australia and South Africa, before matters are resolved. Where after it can take as long as 2 years before the estate is finalised back in South Africa.”

Another compelling reason to draft an Australian will relates to Estate Duty requirements payable in South Africa.

“There are no Death Duties payable on the estate of a deceased Australian resident. There will however be some tax payable – the amount dependent on whether the income was received or as result of a transaction undertaken by the Executor or a beneficiary of the estate.”

“According to the South African Revenue Service (SARS) 20% ‘Estate Duty’ is levied on the dutiable amount exceeding R3 500 000 of the net value of the estate.”

Although, according to SARS, most expat South Africans living in another country might not qualify as South African ‘residents’ it appears that ‘the calculation of Estate Duty is the same for both South African residents and non-residents.’

Mrs Tascone concludes: “The simple solution to the issues above? To have two wills drafted – each to deal separately with ones Australian and South African assets, and to ensure the two documents are drafted in such a way that the latter will not to nullify the other.”

About Shirley Tascone: she hails from South Africa; a qualified commercial lawyer, she’s lived and worked in Perth, Australia for the past 14 years where she manages her own law practice, SBT Legal, which specialises in all types of Wills and Estate Planning.