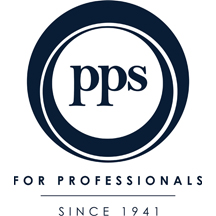 PPS Group – the largest South African company operating under the mutual model – a business owned by its members – announced a record 42% year-on-year increase in profit to R4,2 billion for distribution to its member base living all over the world.

Members, on average, received 40% of their annual premiums paid back to their PPS Profit Share Accounts. Gross benefits paid to members including life, dread and disability claims amounted to R1.5 billion while this year more than 1000 members became new millionaires, courtesy of PPS profit allocations.

In the five years ending March 2014 PPS allocated a record R13.5 billion to members’ PPS Profit Share Account – further confirmation that PPS membership is one of the most valuable investments a South African professional can make.

To be on the receiving end of PPS Group’s profit distribution you must ensure your membership is active and maintained, irrespective where in the world you live and work.

PPS members living outside of South Africa, who have not received their 2013 Profit Share Account statements can do so by contacting reviewmypps@finglobal.com