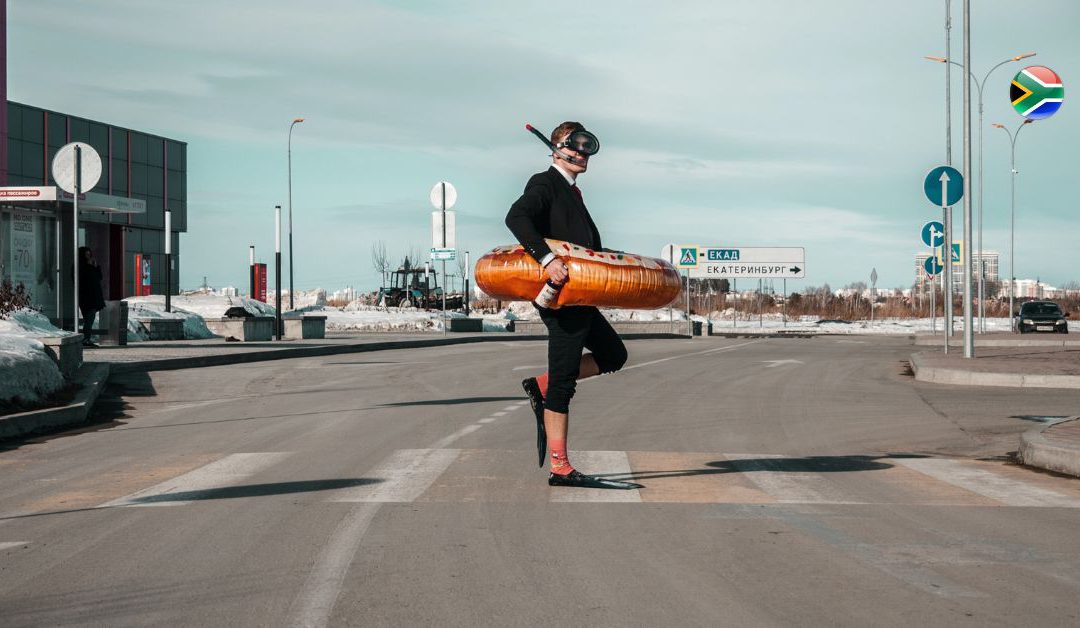 You braai, you do things now-now, and you like to bask in the glory of the South African sun with a nice cold brewski in your hand – this is what it’s like to truly be a Saffa, but if you tried to explain this to someone else in a foreign country, would they understand it? That said, you walk the walk, but do you talk to the talk? That depends on just how much South African slang you know! And we’re not only talking about the South African slang Urban Dictionary entries either! We’re talking about the slang words you use daily! South African slang is like no other. Sure, other countries and cultures have their own slang words, but none can compare to the sheer enormity of slang words that do the rounds in South Africa. And it almost seems like the list of slang words is constantly growing and expanding. Not that we’re complaining – after all, it’s moerse lekker that we have such a versatile lingo, don’t you think?

If you’ve ever watched the Aussies Guess South African Slang video by Buzzfeed, you’d know how few people understand what our slang is all about. For example, you might be calling someone “mooi” or describing something as “lekker”, and the person on the receiving (or heating) end could think you’re saying something bad or referring to something negative! Shock and horror, right? In fact, in the video, which is hilarious – you should watch it – the Aussies participating thought that “Lekker” meant “a dodgy person” and that “mooi” means “house” or “something bad!” Uh oh – just how many thousands (or millions) of people out there are getting us all wrong every day? It’s time to set them right!

That’s the thing about South African slang – we’ve become so accustomed to hearing and using it that we think it’s obvious to everyone else! And guess what? It’s not! Firstly, there are South African English slang, Afrikaans slang and Zulu slang words to differentiate between. And then, of course, some words can be used to mean more than one thing, but we won’t overcomplicate things by going down that road right now! Before we get ahead of ourselves, let’s get the low down on South African lingo!

Here are a few of the more English slang words you will hear escaping the lips of the local South African:

Afrikaans slang is undoubtedly more prevalent than South African English slang, and it’s spoken or “used” by almost every language group! What can we say, right? Speaking Afrikaans is just so satisfying! Here’s a list of top Afrikaans slang words that you’ll probably hear every day if you get out and amongst people:

Sometimes slang is about just using certain words in a specific language. All truly South African people know just how to mish-mush a variety of slang words altogether to create what we can only aptly describe as South African lingo!

The uniqueness of South African slang

What’s so unique about South African slang is that it draws from eleven official languages, thus reflecting the sheer diversity of the country. While slang is a way of life for most of us, it’s also something that makes us genuinely feel connected to those around us – talk about bonding on another level! Imagine being in a foreign country and then hearing some familiar slang – you’d be delighted, wouldn’t you? Most Saffas are! So if you’re heading abroad, it’s a great idea to brush up on some of your homegrown slang. Even better, if you have moved abroad and currently raising children in a foreign country, perhaps now is the time to get together and learn some Saffa slang! Some examples of this include:

At FinGlobal, there is nothing sub-standard about our service. In fact, we speak your lingo, whether the Queen’s English or just a little bit of Saffa slang! While piecing together a financial emigration plan that works for you, we’ll tailor-make it just to ensure that it checks all the boxes and a streamlined process is involved. We provide a range of services to South Africans abroad and those still on South African shores. Some of these services include advice on FOREX, financial emigration, tax, retirement annuities, pensions and much more. If you’re in the market for advice and guidance regarding your emigration, FinGlobal is the team for you. With over ten years of experience in the industry, our team’s goal is to provide you with the best advice they can. For a friendly discussion regarding your immigration requirements, you can contact our team today! To contact our team, call us at +27 28 312 2764 or email us at info@finglobal.com, and we will get back to you as soon as we can.