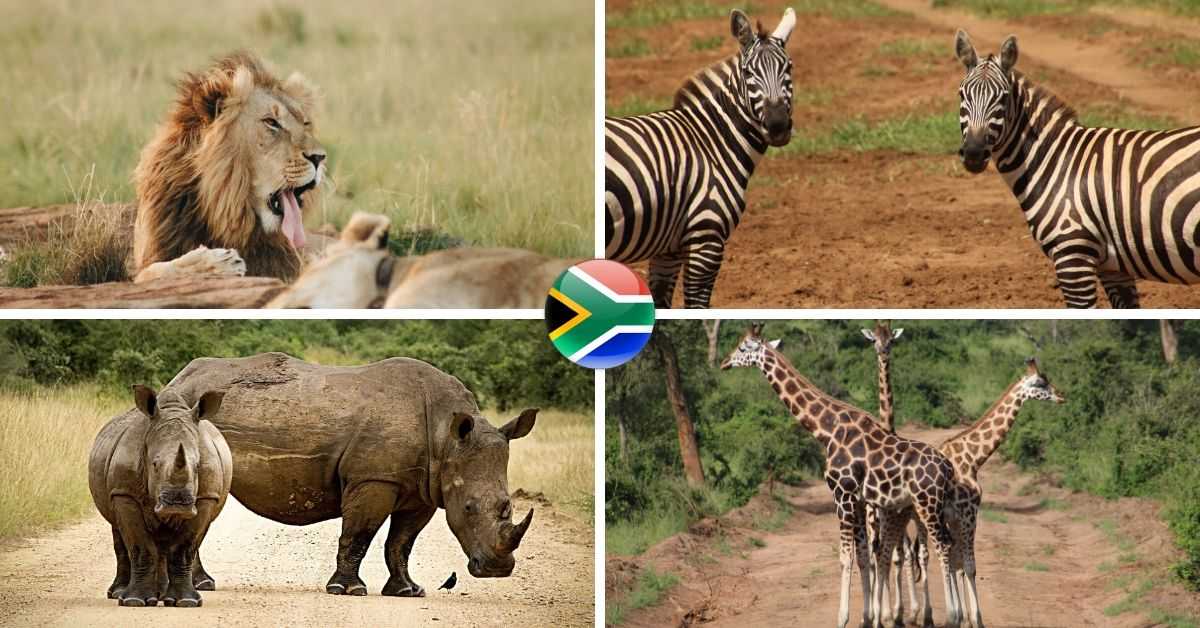 How many South African animals can you name right now? The list would be rather extensive, wouldn’t it? South Africa is blessed with a plethora of wildlife. In fact, there aren’t many places in the world with such prolific fauna and flora. When most people think of South Africa, they think of the Big 5. As a South African expat, you might even be asked if Lions roam the streets. You would think they would, right?! Once the explanations of just how civilised life really is in SA, you might be asked a few questions about the exceptional creatures that you got to share space with…and just how much do you really know? It’s about time that we paid homage to the South African animals that make the country a number one wildlife destination.

Fauna and Flora of South Africa

The reality is that we get by living in South Africa without really learning all too much about the animals that make our country so well known. Now seems to be the perfect opportunity to learn a little more. Today’s focus is on South African animal facts.

Lions are extinct in 26 countries they previously roamed in. Some of these countries might even surprise you! They include Egypt, Syria, Saudi Arabia, Iraq, Gambia, Congo, and Gabon! Something else you might find interesting is that a lion’s roar sounds very different from the sound most kids learn in school…and when a lion roars, it can be heard up to 8km away.

This one is sure to boggle your brain! The average elephant trunk weighs around 180kg, yet it can use it with great precision – and can even pick up a grain of rice. Elephants, much like humans and apes, have self-awareness, which means that they can recognise themselves in the mirror, for instance. They also have the longest gestation period of any mammal – 22 months!

You can find a gorgeous African Penguin colony to visit in the Western Cape near Boulder’s Beach. While there you would learn all about these amazing creatures. For instance, the African Penguin is also called the Jackass Penguin.  They can swim at a speed of 20km/h when hunting and can hold their breath under water for around 2.5 minutes!

The Cheetah isn’t thought to have originated from South Africa, but rather the Americas. This creature is particularly fast – it can run around 112km/h. You definitely don’t want a Cheetah chasing after you!  Something that is quite unusual is that the Cheetah uses its tail much like a boat rudder when it is running – it steers it.

Zebras are a common sighting in most nature reserves and national parks in South Africa. When zebras are chased by predators, they immediately start running in a zig-zag pattern to shake them off. And something most people don’t know, is that a group of zebra is a called a “zeal”. Zebra foals are born at a whopping 40kg!

Leopards are majestic creates that stalk the bushes of many national parks in South Africa. These animals in the wild can live up to 17 years old. They do most of their hunting at night and are actually solitary creatures. You won’t find a group of leopards all hanging out together.

Giraffes are interesting animals. They are the tallest terrestrial animals on earth and it’s quite strange that they only need to drink every few days, even though they travel long distances. Their necks, although long, are actually not long enough to reach the ground.

Everything about Meerkats is interesting! For starters, while their main meal consists of bugs, they are also known to eat more dangerous critters such as spiders, scorpions and snakes. They are quite special in that they are completely immune to the venom of certain highly poisonous snakes. Their beady little eyes are also able to spot a predator over 300m away! Now that’s a nifty trick!

What most people don’t know about crocs is that they actually can cry…and produce real tears! These cold-blooded creatures don’t chew their food and also can’t sweat. Obviously, they are good swimmers with powerful jaws and sharp claws – you don’t want to tussle with one of these in a river!

Most people aren’t aware that Rhinos are actually quite intelligent. If they weren’t so big, they would make for great, easily-trained pets! The Rhino is quite easily spooked but will charge directly at whatever has spooked it! Unfortunately, poachers are decimating the Rhino population in South Africa for its horn, which is worth a lot of money in foreign countries. A group of Rhinos is called a “crash”.

Most people assume that hyenas form part of the dog or cat family, when in reality; they do not form part of either! While the average hyena lives up to 12 years old, some can live as long as 25 years.  Most hyenas are cowardice if confronted by a group of humans. While hyenas are nocturnal, they can be seen roaming around in the early mornings. When a predator is eating its kill, hyena will hang around to scavenge any scraps left lying around.

People are considered quite lucky or privileged if they happen to see wild dogs while on a game drive in a South African national park or reserve. These animals can be quite elusive. On a kill, the pups that are old enough to eat solid food are given priority over the food, even if there is a dominant pair present. A pack of wild dogs has no permanent home, they are constant wanderers. As an expat, maybe you have felt the same from time to time.

In relation to size, the dung beetle is the world’s strongest animal! In the wild, they live for around 3 years and what’s probably the most interesting thing about them is that they are found on every continent of the world, except the Antarctica.

While we are talking about interesting facts, let’s take a look at some that relate to FinGlobal! FinGlobal is a team with 10 years of experience in the business of helping South African expats to make the most of their financial situation abroad. Whether you need assistance with financial emigration, tax emigration, or gaining access to your retirement annuity funds in South Africa, we can assist. For more information, contact us for a FREE and no obligation consultation and quote.