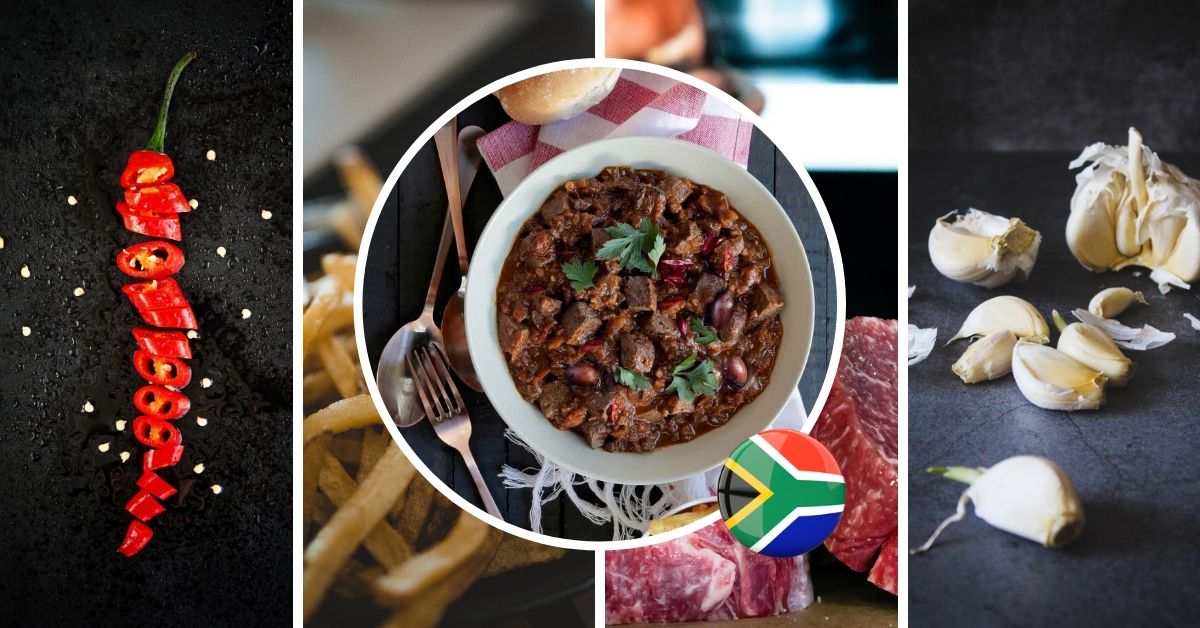 Most South Africans – probably even you – have eaten various versions of Trinchado over the years, but don’t actually know what the word “Trinchado” means. Trinchado is a Portuguese word that means “cut up” or “carved” in English. This makes perfect sense because a Trinchado recipe, when followed correctly, is a bowl of cut up or carved meat pieces braised in a spicy or mild Mozambican peri peri sauce. You’re already mouth-watering for it, aren’t you?

Before we take a look at 2 versions of this drool-worthy recipe, let’s delve into the history of the dish and why it’s now a South African favourite.

Most South African families have their own family Trinchado recipe with a twist of their own, but where does the original dish, without the personal touches come from? If you do a bit of online research, you will find it quite difficult to trace the exact origin of the dish. The general consensus is that it was served as a tapas-style bar snack along with drinks in most Mozambican bars over the years. It made its way into South Africa when Portuguese immigrants moved into the country from Angola and Mozambique. South Africa, in true SA style, fully embraced the concept.

In Mozambique, a Trinchado is a type of stew that comprises of bits and pieces of what the bar/restaurant was selling that day. This means that it could contain a variety of meat types and seafood along with a selection of spices. It is served as a spicy stew that has been cooking for the whole day, making the stew tender, saucy and absolutely delectable. This dish is much the same when made in South Africa. It is served with fresh Portuguese rolls and if you are ordering it in a restaurant, there’s often the option of having it with thick cut potato chips.

That’s enough talk about history. Let’s look at how to make your own Beef and Chicken Trinchado.

The first thing that you need to know is that while Trinchado tastes delicious, it isn’t hard to make at all.

Here’s what you will need:

To whip up a delicious South African Chicken Trinchado dish, follow this recipe.

What you will need:

Both the Chicken Trinchado and Beef Trinchado can be served with fresh rolls or chips.

At FinGlobal, we fully understand that you would rather be wowing your new friends and colleagues in your new home country with a taste of SA Trinchado, instead of wasting time worrying about your tax and financial emigration. With 10 years of experience and with a team of dedicated and highly motivated consultants, we can take care of the entire process for you. We provide premier advice and guidance to SA expats all over the world. Regardless of where you have settled; you are not too far away to get the local help that you need. If you need a helping hand, contact us today.

Transfer money from South Africa
(Free and no obligation quote)