Home » Afrikaans as a Language

Afrikaans as a Language 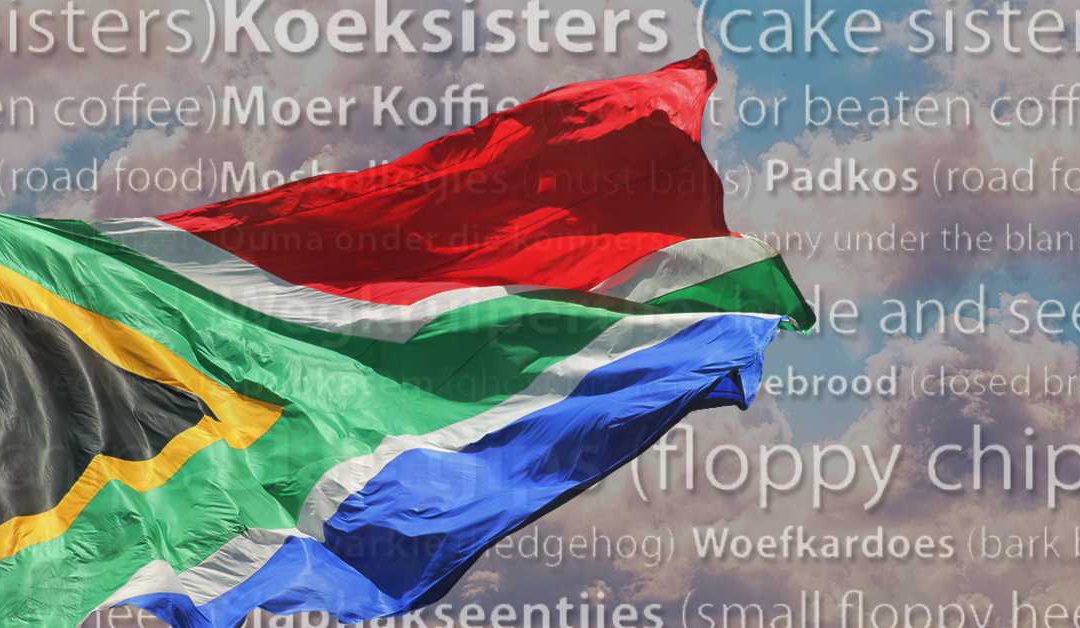 There are few languages on this planet that can be quite so satisfying or gratifying as Afrikaans – and that’s a fact! Afrikaans is a West-Germanic language most prominent in South Africa and it’s also jam-packed with “kragwoorde” that just seem to “hit the spot” when it comes to expressing yourself. What could be more satisfying than saying a good old fashioned “bliksem” or “donner” when things just aren’t going as planned? What could be more hilarious than a funny Afrikaans song – Mphe Die Hoender by Robbie Wessels comes to mind! Would this very song in any other language be the same? Definitely not!

Yup, Afrikaans is the language we love, and if you find yourself recently (or even for a long time now) an ex-pat of SA, you might miss hearing your Mother Tongue. Don’t worry, there’s a lot more where that came from. There’s an entire nation of millions of people still speaking your language and many books, movies, series, and documentaries that you can use to get your Afrikaans fix.

Where does Afrikaans come from – The History of Afrikaans

Afrikaans is an interesting language in that it did not strictly come from another country. It certainly has elements of Dutch in it as it was largely spoken by the Dutch settlers to South Africa, but over the years in the 18th Century, it changed and morphed into the beautiful language it is today from elements of the Dutch settlers and the native Africans who were working with, and communicating with, the settlers at the time. Because of this, Afrikaans is often called “a daughter language” of Dutch. That’s got a nice ring to it, doesn’t it?

An article dedicated to Afrikaans could go on and on about the history, dialects, tenses, verbs and so on, but where’s the fun in that? Without wanting to waffle on too much, let’s take a quick look at a snapshot of some of the more interesting facts surrounding Afrikaans. Here they are:

The Uniqueness of Afrikaans

Afrikaans is not just a way of communicating. It’s a language that is deeply ingrained in us as South Africans. And it really doesn’t matter where you end up; Afrikaans will always be coursing through your veins.

Our language is also vastly unique because it speaks to our culture in South Africa. Because Afrikaans is so expressive and emotive, there’s no way you can live and work in another country without taking a piece of that unique influence with you. What does that mean? The next time you plan a gathering with your new friends, are you inviting them over for a “braai” or a “barbecue”? I think we all know the answer to that one!

Afrikaans is an expressive language – there’s no denying that. Just saying simple things like “I love you” in Afrikaans (“Ek het jou lief”) is just so interestingly satisfying. That said; let’s take a quick look at some Afrikaans words and phrases that you could teach to your new circle of friends, in your new home country.

And just for fun here are a few Afrikaans words with interesting (and sometimes hilarious) English literal translations.

Of course, that’s just the tip of the iceberg when it comes to Afrikaans words and phrases.

If you really want to impress people, you could try teaching them the longest Afrikaans word, which according to the The Total Book of South African Records is “tweedehandsemotorverkoopsmannevakbondstakingsvergaderingsameroeperstoespraakskrywerspersverklaringuitreikingsmediakonferensieaankondiging”.

Yup, that’s a whopping 136 letters and translates to “issuable media conference’s announcement at a press release regarding the convener’s speech at a second-hand car dealership union’s strike meeting”. This might not have much relevance in your life, but it’s still impressive nonetheless!

At FinGlobal, we speak your language. While you’re settling into your new home country, we are standing by to help you with all those pesky tax emigrations and financial emigration processes that are often so complicated, it’s like speaking another language! We offer premier financial and emigration advice and guidance. With the help of dedicated FinGlobal consultants, your transition will be seamless and your ex-pat financial needs with be met effectively and affordably. For assistance with all things ex-pat finance-related, contact us today. Simply give us a call or send us an email so that one of our consultants can assist you further.