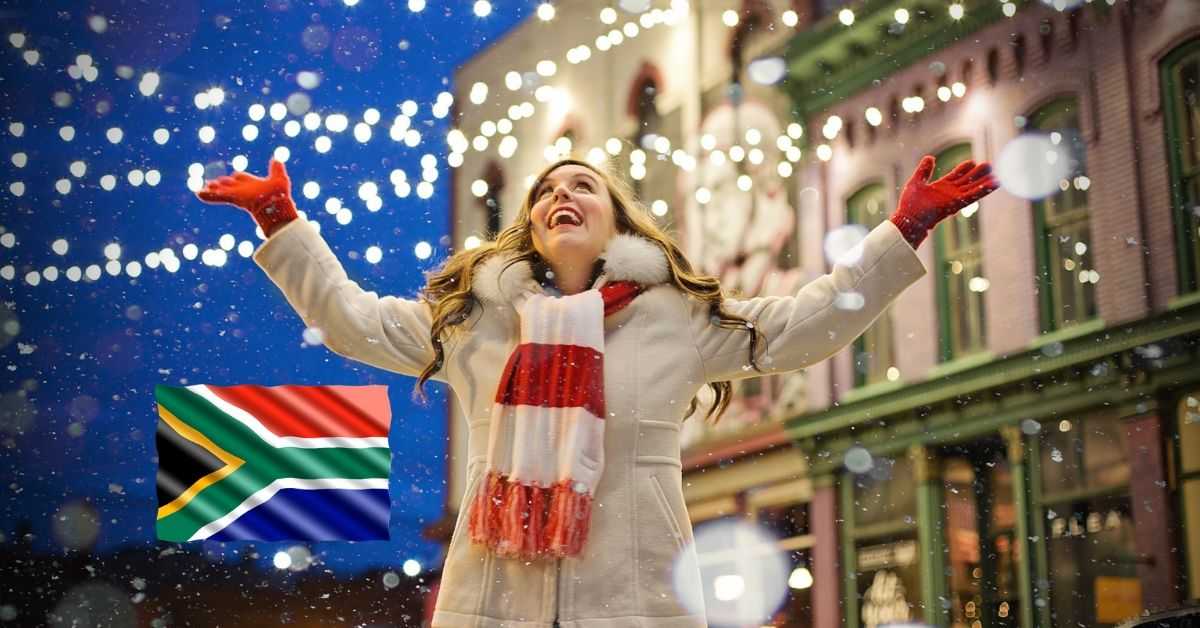 More often than not, homesickness tends to set in for South Africans living abroad during Christmas season. If you’re one of them, and you’re not going back home for the festive season this year, we’ve got just the thing to help you avoid the homesickness blues. We’ve put together a list of the best Christmas events around the world for South African expats, including a round-up of interesting holiday traditions that should make it a little easier.

Being such a large country with so many different cultural backgrounds, Canada has a large assortment of very interesting Christmas traditions. Yes, they send Christmas cards and open gifts, and Canadian people even like to decorate their houses with trees and lights and decorations. Canadian children believe in Santa Claus, and they’re fond of skating, skiing and tobogganing on snowy days. Their main Christmas meal is often roast turkey and all the usual British-inspired trimmings such as mashed potatoes, gravy and vegetables. As for Christmas desserts, we’re talking the usual Christmassy, plum puddings and fruit mince tarts.

Some of Canada’s best Christmas traditions include:

The Santa Claus Parade in Toronto is one of the oldest and largest Santa parades in the world. Dating back to 1913,  it’s now a huge event with over 25 animated floats and 2000 people taking part – check out the route and more details here. “Sinck Tuck” is an Inuit festival celebrated in some provinces of Canada, consisting of dancing and exchanging gifts.

Nova Scotia is known for its fir and pine Christmas trees, and it’s a longstanding tradition to send the biggest, best Nova Scotian fir tree to Boston in the USA, to commemorate assistance rendered during the Halifax Explosion. Bostonians place this tree in their city and light it at a ceremony that symbolises the start of their festive season.  “Belsnickeling” is a Nova Scotian tradition that sees people dress up in funny Santa costumes and go from house to house, accompanied by instruments and songs.

Canadians are also big on festivals of light:

In the land down under, Christmas is a highlight of the summer holidays. Aussies are big into hanging wreaths on their front doors and going out Christmas carol singing on Christmas Eve. Neighbourhoods can get competitive with the house decorations and lighting, and each State capital city holds a large Carols by Candlelight service.

There are also huge Christmas pageants in each state capital city, along with festivals and parades taking place in most towns and cities. Santa has been known to visit Australia to give his reindeer a break in favour of kangaroos. Gifts are normally exchanged between families on Christmas Day, while on Boxing Day people visit friends and meet for barbecues at the beach. There is also a famous yacht race, first held in 1945, that takes place from Sydney to Hobart in Tasmania on Boxing Day.

Christmas is a time for family and the main meal is normally eaten at lunch time. Traditional Christmas Puddings feature, but because it’s so hot at this time of year, most people will have a cold Christmas dinner, or a seafood barbecue, followed by cold desserts like pavlova and trifle.

Thanks to their colonial roots, Kiwis observe the British tradition of having the family meal at lunchtime on Christmas Day, which is often is a barbeque on the deck, but the traditional Christmas spread of turkey, ham, and roast potatoes still feature highly. For dessert, there’s usually plum pudding and Christmas cake served with a choice of pavlova, kiwifruit, strawberries, and cream.

People in New Zealand are also big on Christmas carols, and even have a few special carols unique to their people, including ‘Te Haranui‘, Christmas in New Zealand and A Kiwiana Christmas. These are highlights at most carol services around the country.

Kiwis even have their own special Christmas tree – the pohutukawa tree – a coastal tree flowers at this time of year. Because their bright crimson and red flowers are very much on trend with Christmas colours, many New Zealanders associate their flowers with the festive time of year.

Spending Christmas in the UK

What would Christmas be without the Queen’s Message or mince pies? Other traditions in this part of the world include Christmas trees, which were first popularised in the UK by Prince Albert, the husband of Queen Victoria. This time of the year features many nativity plays and carol services. Boxing Day is a very old custom that started in the UK and is now taken as a holiday in many countries around the world.

In the UK, the main Christmas Meal is usually eaten at lunchtime or early afternoon on Christmas Day, and it’s often roast turkey with veg and all the trimmings, although a Christmas goose is becoming increasingly popular! Another tradition that seems to be specific to the UK? Brussel sprouts! Dessert is usually Christmas pudding, eaten with mince pies and lots of chocolates. Trifle is also a seasonal favourite.

The traditional meal is turkey with all the trimmings, served with cranberry sauce. They’re big on the usual customs like Christmas cards, carol singing, and then there’s the not-so-usual tradition of the Christmas Pickle!

Americans love to decorate the outside of their houses with lights and Christmas displays. Cities often decorate the streets with lights in celebration of the season. The most famous light display in the USA? The Rockefeller Center in New York – complete with a massive Christmas tree and a public ice-skating rink.

Christmas events around the world for South Africans living abroad

No matter where you might find yourself in the world, you shouldn’t be home alone on Christmas. Take a look at events near you, on your social media networks. Get out there and celebrate the festive season!

Here are a handful of the best events we’ve pulled together for your convenience:

No matter the season or the time of year, FinGlobal provides premier financial emigration services to South Africans living across the globe. We’ve helped more than 60 000 clients living abroad with various aspects of their cross-border financial portfolios, and we’re waiting to do the same for you.

Got questions? Request a call-back and we’ll answer all your questions about exchange control, transferring money out of South Africa, converting retirement annuities to cash, financial emigration, or South African tax – you’ll access all the expertise you need with FinGlobal.