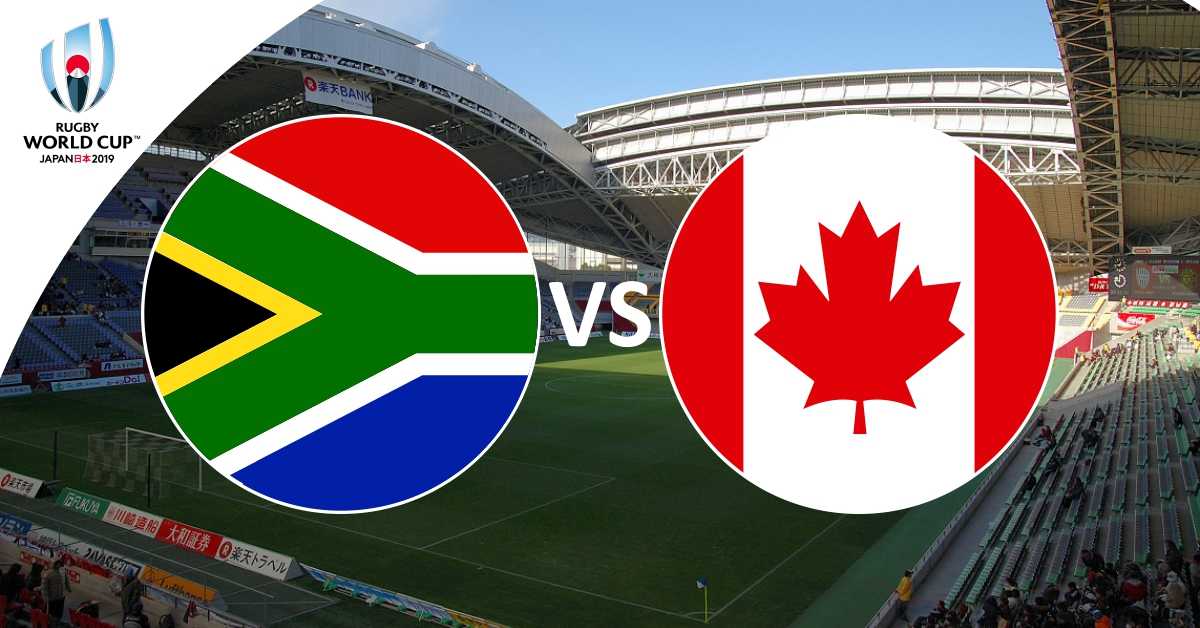 The 2019 World Cup Rugby fever is in full swing, and nothing brings South Africans across the globe closer together like a big rugby match. Braaing and shouting at the referees on television with beers in hand is a national pastime, and this World Cup offers six weeks of competitive, intense patriotic rivalry along with the opportunity to wear our Springbok rugby jerseys to work and school.

If you haven’t already been swept up by the gees, or you’re a rugby newbie, here’s what you need to know ahead of the Springbok Rugby team’s game against Canada.

Top tip: Here’s the schedule of all the matches, and where to watch them. Best of all? Game times are shown in your local times, so you don’t have to worry about figuring out any potential time zone differences!

Yes, it’s true! Although they’re best known for their aggressive love of ice hockey and lacrosse, Canadians have been hearty rugby enthusiasts since their international debut against Japan in 1932. Here’s what you need to know about their national rugby union team:

Need some cool Rugby World Cup statistics to throw into conversation the next time someone mentions the Springboks vs Canada match? We’ve got you covered.

Canada has played 31 RWC matches with a 23% win rate and has scored:

Take a look at the Canadian Rugby World Cup squad here. It’s interesting to note that the only player who scored in all four games for Canada in the last World Cup is a South African expat that moved to Canada as a teen. Wing, DTH van der Merwe will be making his fourth Rugby World Cup appearance in 2019 wearing red and white and sporting the maple leaf emblem.

We’ve played six of the eight Rugby World Cup tournaments, having been barred from the first two by an international sports boycott. Once apartheid had ended, South Africa hosted their first Rugby World Cup in 1995, winning the tournament. The Springboks were victorious again in 2007 at the World Cup in France, and with two Cup wins, they’re in the top three performing teams, along with Australia who also have two wins under their belt. No surprises that the top ranking goes to New Zealand with three World Cup victories.

Let’s review how the Springbok rugby team have performed in the Rugby World Cup:

We are currently ranked 5th in the world and we’ve played 39 matches with an 82% win rate. We’ve scored:

We know that no matter where South Africans go in the world, they’ll always be Springbok supporters at heart. Regardless of where South African expats settle, that patriotic spirit will still remain. We’re here to help Springbok supporters all over the world by offering our expertise in financial emigration. With all the financial services that expats could possibly need flying under one flag, we’ve got it all covered: from foreign exchange, to retirement annuity withdrawals, tax clearances and financial emigration – consider it sorted. Best of all?

Our team is ready to help you with a free, no-obligation telephonic personal consultation to assess your unique circumstances and determine your best path to financial freedom. All you have to do is get in touch with us today.

**All stats updated at the time the article was published.