Home » The tree of life, the Baobab tree

The tree of life, the Baobab tree 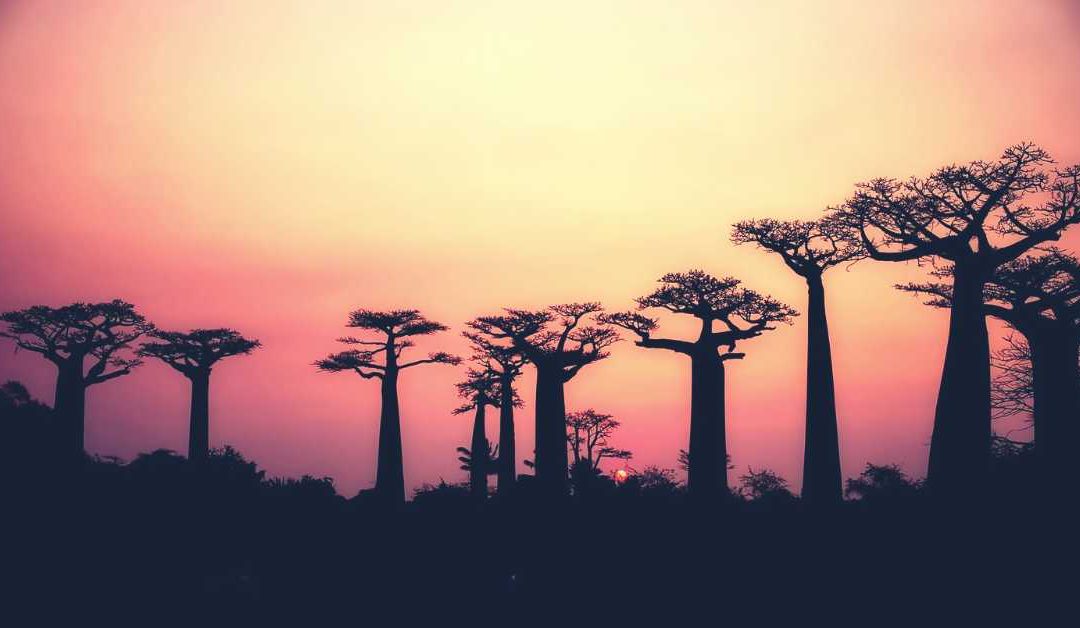 The Baobab tree is an unusual looking tree found in low-lying areas in Africa, Madagascar and Australia. The Baobab can grow to immense sizes and can live to up to 3000 years old and is often referred to as the upside-down tree as its branches look like roots.

The tree of life

The Baobab tree is scientifically known as Adansonia digitata, but is called the tree of life because it stores life-saving water in its trunk and branches. This is of immense value, as the tree grows in arid regions. When nomadic people and wild animals like giraffes and elephants can’t find water from their usual sources, they cut or chew the Baobab tree’s branches to access the water inside. The animals actually use the branches like straws to sip up the water stored inside the trunk. Large Baobab trees can contain as much as 30 000 gallons of water inside.
The Baobab tree also sustains its own ecosystem. Birds nest in its branches, Monkeys and baboons eat its fruit and elephants eat its bark. Fruit bats drink its nectar and serve as its main pollinators. Bats pollinate the Baobabs flowers at night and insects and different birds assist with pollination.

The fruit from the Baobab tree also has healing properties. It is often referred to as monkey fruit because baboons love to feast on the flesh of the fruit which tastes of cream of tartar and contains high concentrations of antioxidants including vitamin C, vitamin A, potassium, magnesium and iron. People can eat the fruit as well and use it make a wonderful salad.

Traditional medicine uses the Baobab leaves for the treatment of malaria, as an anti-asthmatic, anti-histamine and also to treat hypertension. The bark and the roots of the trees also have many medical applications including an antidote to poison. The Baobab seeds are often fermented and ground into a highly nutritious sauce and they can be roasted and brewed into a beverage similar to coffee. The oil from the seed kernels has skin-healing properties.

A source of shelter

The African Baobab’s trunk can grow up to 25m tall and 12m wide and has natural ‘cave-like’ indentations in its trunk, which animals and nomadic people use to shelter in during bad weather. The bark of the tree has adapted to assist the tree to live in extremely hot regions. Slick and shiny, the bark reflects the light, helping to keep the tree cool in the blazing sun and many scientists argue that that the reflective nature of the bark helps protect the tree from wildfires during the dry season.

Unfortunately, climate change is affecting Baobabs and 9 of the 12 of Africa’s oldest and largest Baobab trees have died in the past decade and scientists have speculated that increasingly warm temperatures have either killed the trees or made them weaker and more susceptible to fire, wind and disease.