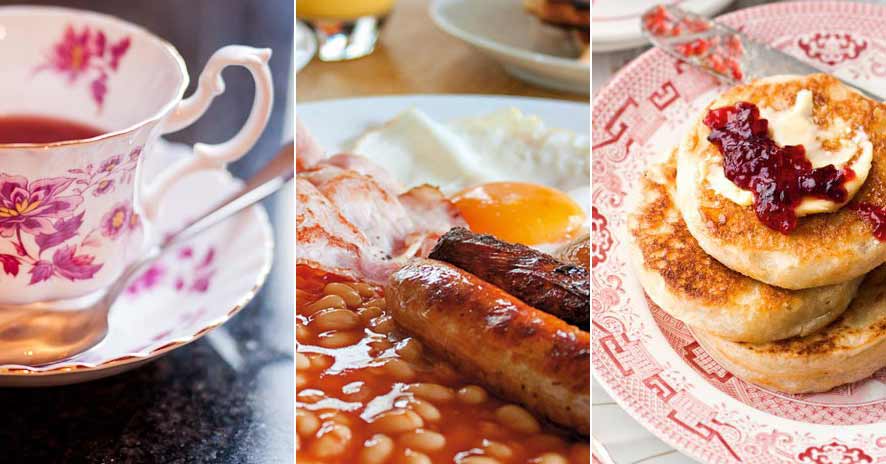 When you move to the UK, there’s a lot you need adjust to – the weather, the busy trains and tubes, the range of accents and so much more. For some people though, the biggest adjustment is getting used to British food.

The UK has never been known as a gastronomic destination although it is now achieving fame through the talents of chefs like Heston Blumenthal and Gordon Ramsay. However, day-to-day British food can be a lot plainer and if you can learn to love the following food, you’ll be well on your way to becoming a ‘pucker’ Brit:

Food expats can expect in Britian

The British love their tea and it’s drunk at anytime of the day – from first thing in the morning to last thing at night. It’s the soothing balm used at every occasion – to celebrate a great triumph or mourn a tragedy. It’s drunk during meals and is the glue that bonds friends and unites a nation.

The perfect accompaniment to tea is of course biscuits. There are wide varieties you can choose from and traditional favourites include Rich Tea Biscuits and Hobnobs. Biscuits are eaten on building sites and at fine high-tea tables, so grab a pack and start munching.

Baked Beans might have been invented in America, but the British have made the humble bean in tomato sauce their own. In fact, the UK gets through at least two thousand tonnes of baked beans every year!

Interestingly enough for South Africans, who often eat baked beans cold, the British heat their baked beans and can happily serve their beloved beans up at every meal. In fact, for many British students survive on warmed baked beans on toast!

While a full English fry-up also includes sausages and baked beans, bacon and eggs form the basis of this traditional meal. The full English breakfast is a centuries-old tradition and dates back to the thirteenth century, when the gentry on their country estates enjoyed it. A full breakfast was an opportunity for them to show off their wealth and the quality of their meats. Today however, you can get a ‘fry up’ at any ‘greasy spoon’ café in the UK.

Depending on what part of the world you come from, a crumpet can refer to very different types of cakes or scones. The British crumpet dates back to 1382 and the early crumpet was a hard pancake cooked on a griddle.

Today, the English crumpet is a fluffy little bun that is usually served slathered in butter. The have a flat top with small pores, a chewy spongy texture and are best eaten freshly toasted with some jam or honey.

After a few weeks in the UK, you’ll discover that gravy is the basic source found in any home or restaurant. Authentic British gravy is made from the drippings of joints, mixed together with a little flour and butter and then poured over anything from sausages to mashed potatoes.

No list of favourite British food is complete without Marmite – however if you are not familiar with this spread, it might be the food you find most difficult to love. Made from a yeasty substance and packed with vitamins and folic acid, it has a sharp, tangy taste and is enjoyed on sandwiches and hot buttered toast.

If you thinking of moving to the UK and need any advice about your financial migration, contact us today and we’ll help you on the path to financial freedom in your new home.