Home » Far-flung places to immigrate to: Escape to Estonia

Far-flung places to immigrate to: Escape to Estonia

Home » Far-flung places to immigrate to: Escape to Estonia

Far-flung places to immigrate to: Escape to Estonia 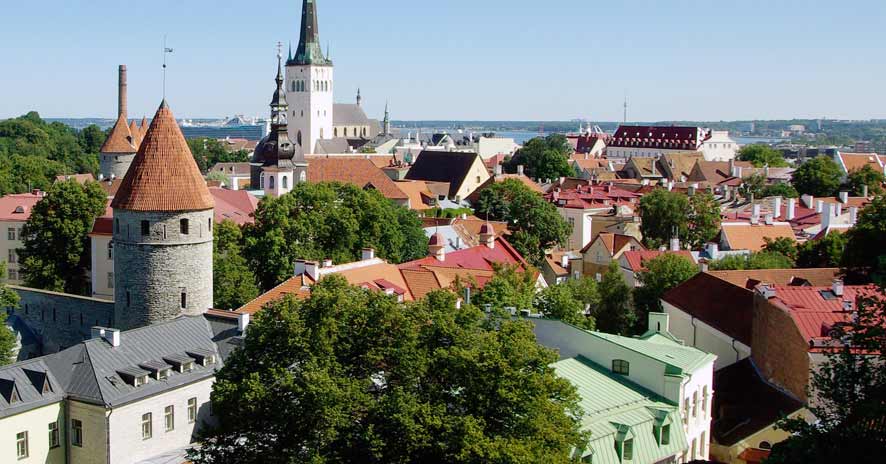 Estonia is becoming a popular expat destination – especially among expats approaching their retirement years, with Estonia appearing as one of the top places to retire to in countless surveys. The features, however, that make it a popular destination for the older generation are also attractive to the younger generation and include cleanliness, good healthcare, reasonable standards of living and an easy pace of life.

Reasons to emigrate to Estonia

A country rich in history and culture

Estonia is situated in Northern Europe and borders the Baltic Sea and the Gulf of Finland. It includes more than 1 500 islands and was formerly part of the Soviet Union. It is a historically rich nation with the first Estonian ancestors settling along the Baltic coast in 9000 B.C. You can explore the remains of this culture on the islands of Kihnu and the Setu border region in south-western Estonia. Estonia is accessible from anywhere in Europe and is a short ferry trip from Finland and Sweden.

Estonia’s capital, Tallinn is the best-preserved medieval city in Northern Europe and it has a fairy-like quality to it, filled with medieval houses, alleyways and the remnants of a city wall. Estonians speak Estonian and tend to be bilingual. Other common languages are English, Russian, Finnish and German.

Beautiful scenery and plenty of space

Estonia is one of the least densely populated countries in Europe and 50% of it is covered by large, lush forests which are home to lynxes, brown bears, wolves, foxes, rabbits and deer. Larger than Denmark and Holland, Estonia has a population of just 1.3 million and is the perfect place to enjoy a peaceful pace of life.

Property and rentals in Tallinn are reasonable compared to Europe’s other capitals, with a small 1-bedroom in the centre of the city costing about US$450.00 per month in rent. In the smaller towns, property is even cheaper and as a result more attractive to senior citizens with smaller budgets.

The best-educated 15-year-olds in Europe

The standard of education in Estonia is considered high and the Constitution of the Republic states that it is the right of every individual. The Estonian educational system consists of municipal, public and private educational institutions and there are currently around 600 schools in Estonia. According to the latest results from the Programme for International Student Assessment, a premier metric for education, Estonia’s 15-year-olds are the best in Europe and among the strongest in the entire world! They come first in Europe and third on a global scale.

The Estonian health insurance system is a solidarity-based social insurance system and provides healthcare for everyone. Treatment is available equally in all regions and the Estonian Health Insurance Fund pays your medical bills if you have an employment contract in Estonia and your employer is paying your social taxes.

If you’re a South African immigrating to Estonia or any other country and you need advice about your financial migration, contact us today and we’ll help you on the path to financial freedom in your new home.
[contact-form-7 id=”6581″ title=”Blog post (call me)”]