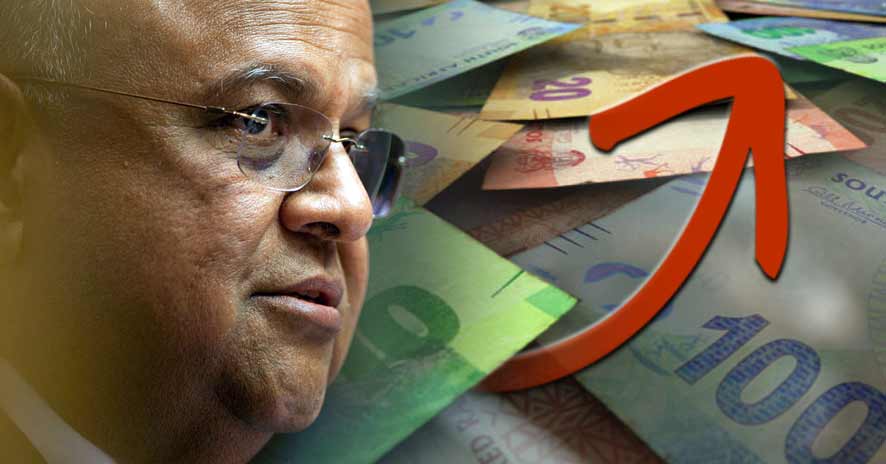 After a year of dubious teeter-tottering, the Rand managed to gain back some of its former clout following the announcement by NPA head, Shaun Abrahams, that the charges against finance minister Pravin Gordhan, former acting commissioner, Ivan Pillay and former commissioner Oupa Magashule, had been dropped.

South Africans both local and abroad welcomed the news, and for those who wish to transfer funds abroad under their annual exchange control allowances, the news could not have come at a better time.

When the Rand sees Pravin #Gordhan after #ShaunAbrahams dropped fraud charges against him. pic.twitter.com/VwUIbQjn4x

As long as you have a valid ID document or smartcard you are allowed to transfer up to R10 million from South Africa under your foreign investment allowance (FIA), and up to R1 million using your single discretionary allowance (SDA). For the FIA, you will be required to obtain a tax clearance certificate.

Although these R10 and R1 million allowances respectively give some indication as to the amounts you can take out of the country, it’s important to consider the foreign exchange rate at the time of transfer, as the amounts you essentially take home or “bank” will depend very much on the exchange rates, as we’ve mentioned.

Although the NPA is unlikely to rescind the dropped charges a second time, some may see the current exchange rate levels as the best opportunity to transfer funds to their new home, now. Although rates do look far more favourable than they did a few weeks ago, it’s important to note that international credit rating agencies have still to announce their decision for South Africa before the end of the year.

Strike while the iron is hot

Although South Africa managed to avoid a downgrade to junk rating earlier this year, analysts believe we won’t weather the next storm headed our way quite so well. The ratings agencies are set to make an announcement about South Africa’s economy before the end of the year and the general consensus seems to be… act before it happens.

It’s also important to note that many government departments operate with a skeleton staff over the festive period so timing can be critical if you want use your 2016 allowances. Our advice, if you want to transfer funds offshore, is to get the ball rolling no later than 1 December.

Finglobal.com can facilitate the whole process and offer you the most competitive exchange rates. And if you need one, we’ll also obtain your tax clearance certificate in super quick time.  Simply leave your details and we’ll get back to you!
[contact-form-7 id=”6581″ title=”Blog post (call me)”]