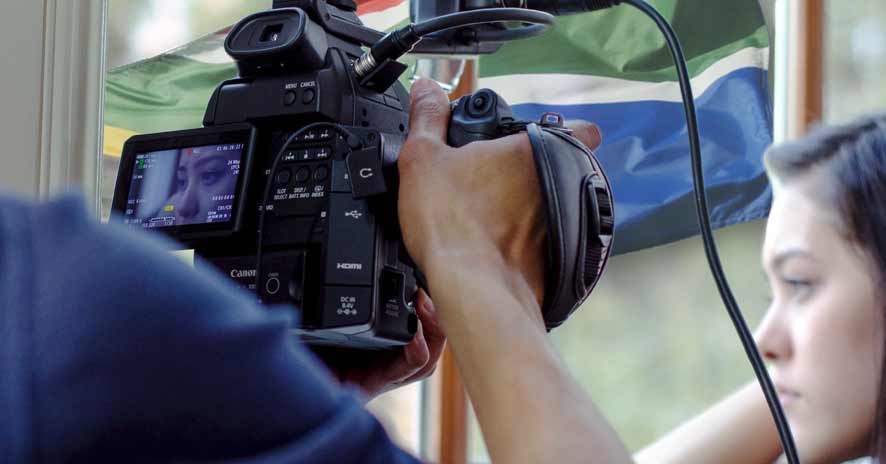 In 2011, Harold Schenk, a native South African from Gauteng and renowned music producer and sound designer, felt like a lekker braai with his friends. But on trying to invite friends over to join him, he realised how many of them had left South Africa for greener pastures elsewhere.

Schenk found this interesting and so the idea was born to trace the South African diaspora abroad and gauge their reasons for leaving, staying and making new lives abroad. Since no one had documented these stories before, Schenk set off to find these South Africans living abroad and capture their stories in a documentary series called “Expats Project”.

A story about stories – snippets of life abroad

Over a period of 52 days, Schenk took on a journey across Atlanta, Houston and Dallas in the USA. He completed 150 interviews during this time and edited large volumes to produce three 20 minute videos. He then returned to the USA in May 2015 to conduct further interviews in Florida, California, Nevada, Colorado, Tennessee, New York, New Jersey, Washington DC, Virginia and Georgia.

The result is a series detailing the unique and interesting lives of South Africans building new dreams on foreign soil.

Schenk plans to continue his project – travelling to other countries and creating an international collage of SA immigrant views and opinions. He also plans to compare data to produce immigrant and immigration statistics, as there currently isn’t a reliable and aggregate source for South African diaspora statistics.

If you’re interested in participating in his project, you can leave your details on his contact page. Questions you will be asked include your place of birth, when you arrived, why you immigrated, what you do for a living, what you’ve learnt in your new home, what you miss about SA and what your views are of both countries. He will also take video footage of anything else you’d like to share with the viewers.

We wish Schenk all the best and look forward to the rest of the project – the sneak peeks into your lives surely shrinks the distance in between.