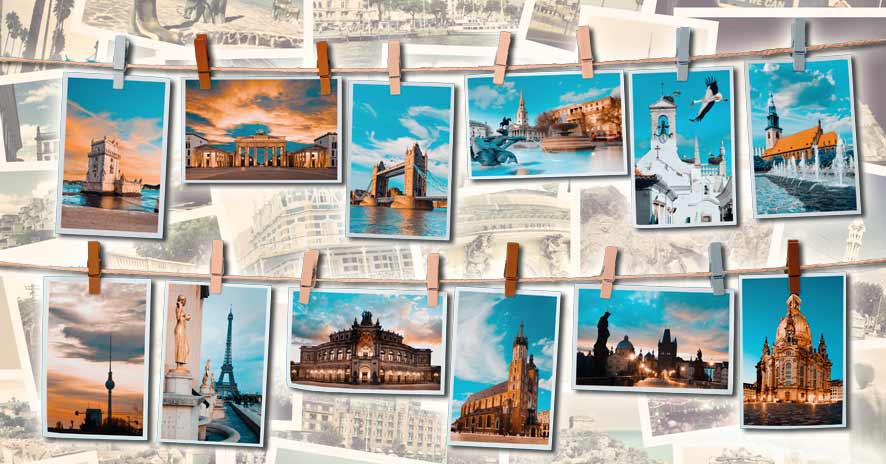 In this week’s Travel Tuesday feature, we’re continuing our trip around the globe, looking at some of the most interesting facts per country. Although there are 196 countries in the world, we’ve taken a bit of a wider look and included other independent or semi-dependent territories in the world.

So buckle up and sit tight – this is around the world in 235 facts, continuing from fact 51.

53. Democratic Republic of Congo
After Paris in France, Kinshasa, which is the capital city of the DRC, is the largest French speaking city in the world. The bloody conflict in the Congo has claimed more than 5.4 million people, making it the deadliest conflict since World War II.

54. Denmark
Denmark is one of the most low-lying countries in the world. Its average height above sea level is a mere 31 metres and its highest natural point, Møllehøj, is 170.86 metres above sea level.

55. Djibouti
Djibouti is known as the gateway to Africa for the Arabian Peninsula. The country used to be known as French Somaliland and it’s believed that cattle were first domesticated here about 3 500 years ago.

56. Dominica
Dominica is a mountainous island country which is densely forested with waterfalls and exotic birds. It is the last home of the Carib Indians, with a population of approximately 3 000 of this tribe living here. The country’s economy is dependent on banana exports.

57. Dominican Republic
Christopher Columbus, the famous explorer, found the Dominican Republic on his maiden voyage. It is therefore also the oldest country of the Americas – reached by Columbus in 1492. It is home to the first capital city of North and South America, the first cathedral, first hospital and first university.

58. East Timor
East Timor, also known as Timor-Leste, is a small country in South-East Asia which only has two seasons, wet and dry. ‘Timor’ means east, so East Timor can be translated to ‘East East’. The first democratic elections in East Timor were only held in 2001.

59. Ecuador
This country in South America was the first country ever to recognise that nature has constitutional rights. These rights include the right to exist, persist, maintain and regenerate its vital cycles. The summit of Mount Chimborazo, Ecuador’s highest point, is also the point on earth closest to the sun, due to its location on the equatorial bulge.

61. El Salvador
El Salvador, which is the third largest economy and third most populous nation in Central America, calls its rainy season winter (invierno), even though it’s known as summer in the Northern Hemisphere. It has more than 20 volcanoes, two of which are active.

62. Equatorial Guinea
Equatorial Guinea has the highest literacy rate in Sub-Saharan Africa and is the only country in Africa with Spanish as official language. Although coffee and cocoa are some of the biggest exports, residents generally don’t consume these foodstuffs.

63. Eritrea
Unlike other countries in the world, Eritrea has only one political party, the People’s Front for Democracy and Justice. Its first president, Isaias Afewerki, is also its current president. He has been in office since 24 May 1993.

64. Estonia
Estonia is an incredibly tech-savvy country, and as a country relying on technology, it is also the only one in the world which uses e-voting in its elections. In line with this tech-savvy environment, Estonians were also the first to combine file-sharing and voice calling (Kazaa) and the inventors of Skype software.

65. Ethiopia
Ethiopia is 7.5 years behind the rest of the world. This is because Ethiopia has 13 months and not twelve. They also generally use a different time system in Ethiopia where the day is divided into twelve hours which run from dusk to dawn, unlike other countries where the day runs from midnight.

66. Falkland Island
This little island located off the coast of Argentina has a high population of British decent (around 90%). It only has one town, called Stanley, with one bank. Since it is so small, there are no ATMs, no natural trees and no chain stores.

67. Faroe Islands
Although it only has a population around 48 000, the Faroe Islands has people of around 77 nationalities living on the islands, making it one of the most culturally diverse places to live. Since there is limited crime, prisoners are sent to Denmark.

68. Federal States of Micronesia
Yap, or Wa’ab, which is an island in Micronesia, is the only place in the world where you are able to pay using stone money, called Rai. This ‘currency’ is not only made of stone, but varies in size from 3.5 cm in diameter to 0.3 m.

69. Fiji
In Fijian villages, no one but the chief can wear hats and sunglasses. It’s considered sacred to touch the top of one’s head, and therefore not allowed to do this. If you are in Taveuni, you will be able to stand with one foot in one date and one in another, since the international date line runs through this island.

70. Finland
Known as the Land of a Thousand Lakes, Finland has a record-breaking 187 888 lakes within country borders, which is the most of any country in the world. It also has 179 888 Finnish islands.

71. France
King of France, Louis XIX, had the shortest reign ever. After his father was abdicated, Louis XIX was named king and apparently couldn’t handle the pressure – abdicating himself a mere 20 minutes later.

72. French Guiana
Cayenne pepper is named after Cayenne, which is the capital of French Guiana. The French territory is the primary location for France’s space activities, with several launches per year from the Guiana Space Centre each year.

73. French Polynesia (Tahiti)
In Tahiti, or French Polynesia, the location of a flower (tiare) behind your ear indicates whether or not you are available or looking for some romance. It is the only place in the world which has a museum dedicated to Pearls.

75. Gabon
Gabon has some of the most unexplored caves in the world, with hundreds of dolomite and limestone caves within the country borders. It is also home to 80% of Africa’s gorilla population.

76. Gambia
Gambia is also called ‘The Gambia’ by residents. In 1964 the prime minister clarified that this was to avoid people confusing them with Zambia. It is the smallest country in mainland Africa.

77. Georgia
Georgia is the only language to belong to its own ancient linguistic group, and therefore unlike any other in the world. It includes rare sounds which many people have never heard before and has its own 33-etter alphabet.

78. Germany
Germany was the first country in the world to adopt daylight savings time. This happened in the midst of World War One. It’s known as a country of thinkers, and it’s no surprise that they boast some of the greatest inventions of all time.

80. Gibraltar
Although many of the people living and working in Gibraltar are Spanish, most of them consider themselves to be at least partly British, and also speak mostly English. Many children cross the border from Spain on foot each day to attend school in Gibraltar.

81. Great Britain
The Queen of England (or the UK) is the legal owner of one-sixth of the earth’s land surface. Although it is considered the home of the English language, they have some of the greatest and most discernible regional dialects which change about every 40 kilometres.

82. Greece
Greece receives more tourists each year than there are residents – at approximately 16.5 million tourists each year. Tourism also constitutes about 16% of their GDP. Voting in Greece is compulsory for anyone over the age of 18.

83. Greenland
Greenland’s name means ‘Land of People’, but approximately 80% of its mass is made up of ice caps and glaciers and therefore not inhabited by people.

84. Grenada
Grenada is also known as Spice Island, due to the abundance of spices. In fact, it even smells like spice when you disembark here. It consists of the Island of Grenada and six smaller islands at the southern end of the Grenadines.

85. Guadeloupe
Although Guadeloupe is in the Caribbean, it is a region of France, but its name was taken from a Spanish monastery given to it by Columbus after he discovered the island.

86. Guam
Guam is considered America’s gateway to the Western Pacific and Asia. It’s an organised, unincorporated territory of the United States located about 1 500 miles south of Japan. The deepest part of the ocean is located in the territory of Guam.

87. Guatemala
The national bird of Guatemala, the Quetzal, is very rare, and its tail feathers used to be used as a currency, which is why its current currency is named after the bird.

88. Guinea
Only about 27% of adults in Guinea can read, which is one of the lowest literacy rates in the world.

89. Guinea-Bissau
It may sound counter-intuitive, but residents of Guinea-Bissau aren’t called Guinea-Bissauans, but Bissau-Guineans. The official language spoken in here is Portuguese.

90. Guyana
Guyana has some of the best (or highest rated) waterfalls in the world. The Kaieteur Falls is considered to have the largest single-drop waterfall by volume in the world.

That’s it for this week’s edition of around the world in 235 facts. Check in again next week where we’ll cover some more amazing facts.