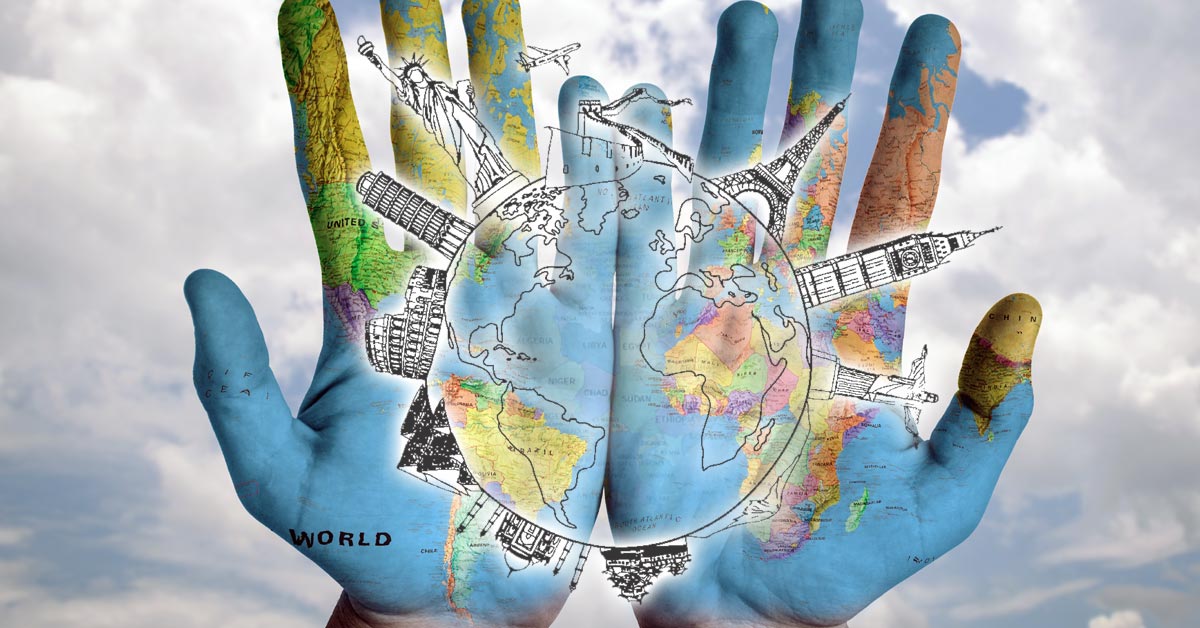 When you travel or relocate abroad, you spend most of your time getting acquainted with the basic rules, facts and figures of the country you are visiting or moving to. It’s therefore easy to overlook interesting and sometimes trivial facts about these destinations. But there’s a lot of quirky, informative and entertaining facts about the world around you that you may not be aware of.

Facts about the world

We’ve rounded up some of the most interesting facts from different countries around the globe.

Despite its relatively small size compared to the superpowers, France covers the most time zones in the world – a total of 12. The USA and Russian are close behind with 11 and 9 time zone stretches respectively.

Where France wins the prize for most time zones, Kiribati comes out tops as the nation in the most hemispheres (all four). As an island territory, the nation has islands spread throughout the Pacific Ocean in all four hemispheres.

Put your diary aside if you plan to visit Ethiopia, as you’ll be ticking off dates in the wrong year. Though Ethiopian businessmen subscribe to the worldwide Gregorian calendar, the traditional Coptic calendar in Ethiopia is on average seven years behind the rest of the world. This calendar recalculated the birth of Christ and includes a short, 13th month. Their new year falls on 12 September by Gregorian calendar standards.

If you’re a bit of a hermit, then you’d best immigrate to Mongolia. As the least densely populated country on Earth, Mongolia has a mere 4 people per 2.6 square kilometres. Making it a great destination for the overwhelmed and antisocial.

For those on the eccentric side who are tired of travelling with cash, the island state of Yap in the Federated States of Micronesia is the perfect place to vacation. In Yap you can pay in giant limestone discs. Of course, they’re a bit hard to transport, but perhaps if you can indicate the location of your ‘money’ on Google maps, your transaction will be accepted.

Stand aside Gross Domestic Produce, because Bhutan wants to know how happy you are. A policy instituted in 1973 measures the nation’s Gross Domestic Happiness to ensure  a fair life for all citizens.Though they haven’t done away with GDP measurements, the GDH is a remarkable and groundbreaking way for their government to gauge the true efficiency of all their other rights and policies.

If you want to work with children, your best bet is Niger. This country holds the record for the youngest world population (the portion of the population under the age of 15). approximately 49% of Niger’s population falls within this age group.

We  may think South Africa has a high emigration rate, but we’re nowhere near Malta. Emigration figures in Malta are so extreme, that there are more Maltese people living abroad than in in their own country.

For those still considering emigration, you either need to be highly educated or have some kids you want to enroll in varsity if you’re considering Canada. This country has the highest population of educated people at 50% on post-secondary level.

If internet connectivity is a drag in your country, consider moving to Niue. This island is dubbed the ‘WiFi nation’ as the entire island offers free WiFi to everyone.

Some people just don’t like reading, writing and talking. If you’re one of those minimalist people who also believe in brevity, then why not go to Hawaii? The Hawaiian alphabet consists of a mere 13 letters – five vowels and eight consonants. These include: A, B, D, E, H, I, K, L, M, N, O, P, R, T, U, V and W. Of course, this does make the alphabet song a bit more challenging, but we’re sure you’ll figure something out.

Asthmatics may consider moving to Siberia, home to 25% of the world’s forests which cover an area bigger than the USA. Russia, by default, is therefore the most carbon-friendly country in the world as it’s the highest ‘producer’ of oxygen – without even trying.

If you like jails, then you’ll like the USA. Of course, liking jails is a bit of a strange thing, but we’re not judging. Still, if this is something you value highly in a country, then you’ll be happy to know that the USA holds 25% of the world’s incarcerated population, even though the USA only accounts for 5% of the overall world population.

Venice is a wonderful place. You get all sorts of things in Venice – loads of bridges, gondolas, romance and blinds. Oh, wait, no that’s Japan – because Venetian blinds originated in Japan and were only introduced in Venice by international traders.

We’re thinking China and Niger should put their heads together. Indeed, China is the largest manufacturer of toys in the world – contributing an incredible 70% of the world’s toys.

South Africa has seen our fair share of postage headaches in the last few years, with our national postal system in a bit of a shambles. So if you live for writing your pen-pals, immigrating to India may be on the cards. This country has more post offices than any other country in the world – with over 100 000 offices within its borders.

The Philippines and yo-yos

You won’t necessarily think of flowers when thinking of South Africa, but you should. In fact, South Africa has the only floral kingdom of the six international floral kingdom which is contained exclusively within our borders. The Cape floral Kingdom contains 9 600 plant species of which 70% are not found anywhere else in the world, and Table Mountain alone has more plant species than the entire UK.

We hope this world trivia will set the mood for the week and help you look on the lighter side of life.