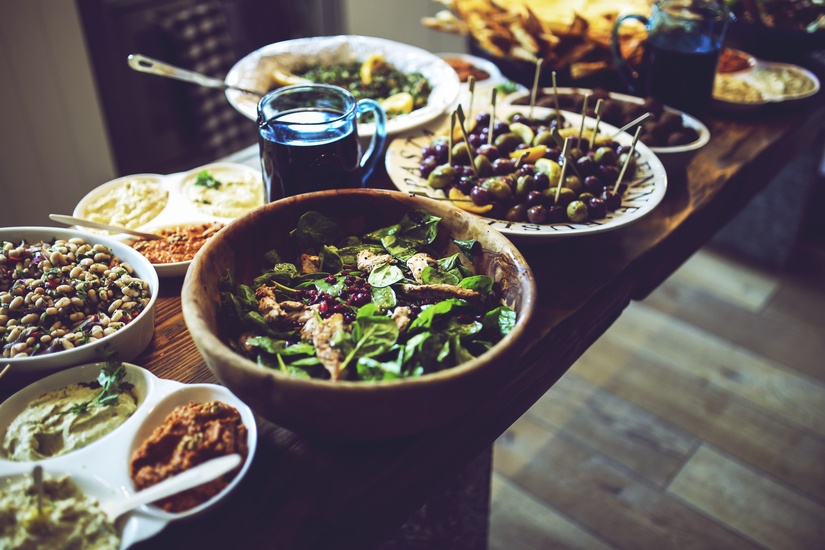 South Africans, of course, are used to our biltong, koeksisters and potjiekos. Once you’ve emigrated from South Africa, though, you’ll have to get used to the local cuisine of your area. And those edibles which initially seem completely inedible will most probably grow on you after a while.

They say the best way to face a challenge is head on. Which means you will probably learn to love your (new) local treats much faster if you sample them as soon as your ship docks on those foreign shores. (Okay, we know you’re not travelling by ship, but it just sounds way more hipster).

So, in honour of your South African tastebuds and their preconceived notions of fine dining, we’ve put together a list of the things you should try around the world.

Apparently these fine delicacies push the limits of mandibular acculturalisation further than any other cuisine. That’s because ‘1 000 year old eggs’ is not a euphemism – you are really eating eggs which have been lying around for a few years too many. Though no one’s exactly stuck around to check the shelf-life, we take the vendors at their word.

Some tourists dub this dish ‘udderly’ odd, but apparently cow’s udders are one of the local dishes you should try if you land in the land of fine dining. In the spirit of not wasting food, we’d say it would probably go down a bit better than aged eggs.

The Russians seem like an odd bunch to us safas, but we suppose we seem the same to them. When it comes to cake, though, it’s understandable that we find a combination of salted herring and cooked vegetables coated in grated beetroot and mayo rather strange. But once you look past the cake part, this dish is said to be delicious.

Americans are famous for deep frying pretty much anything they can find and combining sweet and savoury dishes – so get those Eno’s and cholesterol pills ready. Though we find a bit hard to imagine deep fried chicken with our waffles, those who have sampled this dish swear that once you’ve tried it you’ll never go back.

So us South Africans are also famous for our offal dishes – but the vote is still out on whether or not offal is something which should really be ingested. The Scotts, well, they decided it should be eaten, and even decided to put a new spin on it. Encased in the animal’s stomach, this dish combines minced sheep’s pluck (heart, liver and lungs), mixed with onion, oatmeal, suet (kidney/loin fat) with spices and stock, all served as a savoury pudding.

We feel a bit like Simba in Lion King when seeing people eat this grub. But where South Africans have mopanie worms, the Aussies have witchetty grubs – moth larvae which is said to be so nutritious, just 10 a day would supply enough nutrition to sustain an adult (this has not been scientifically proven). If you can look past the squirming, it is also said to be rather tasty; fried egg, nuts and fried chicken skin have all been used to describe the taste.

Preserved fish is not new to us (think bokkoms), but fish preserved in lye and served with honey, pea and mustard… well, that’s a bit odd. People who have tried this one swear that it is actually quite nice, once you get past the stench of old fish.

Said to be the consistency of cottage cheese and resembling overcooked rice, escamoles are the eggs of the highly venomous Liometopum ants. Though we want to screech when thinking of eating ants eggs, apparently people hardly notice when escamoles are added to their tacos.

No one wants their chef to die while preparing their food – but we’ve been told this is exactly which could happen if fugu is prepared by someone without the thorough know-how to work with the notoriously toxic putterfish. Restaurants serving this dish are actually controlled by Japanese legislation – which means you won’t find this one just anywhere.

Not as inherently strange as some of the other dishes on our list, machboos consists of rice, onions, meat, spices and dried lemon (loomy) which is cooked over a long time until tender. Not so different to some of the local South African stews.

Another treat which is said to be absolutely delectable is curanto en hoyo – a meal cooked in the ground in rhubarb leaves (nalca). After digging a hole in the ground, your chef will add red hot stones and leaves and add anything from fish, meat, mussels and vegetables inside before covering with more leaves and sand.

Oh, don’t worry, we won’t make you sample actual ivory. No, this Thai beverage is prepared with elephant dung. Elephants are fed arabica coffee beans, after which their dung is collected and the taste is unique per elephant – dependent on everything else in their diet as well. You’ll have to fork out, though, as this treat is said to cost approximately R15 800 per kilogram.

You wouldn’t really associate Canada with ‘wine country’, but the Canadians have found a way to get around the whole ‘optimal climate for wine-making’ thing. Ice wine is a dessert wine produced from frozen grapes. As the grapes freeze before they ferment, it is said to produce a far sweeter taste than normal wine.

Made from salted and cured cod or carp roe (fish eggs), taramasalata is a Greek dish people across the world have been raving about! The roe is mixed with bread crumbs or mashed potato and lemon juice, vinegar and olive oil and eaten with bread or vegetables.

Ever wondered what to do with those pesky midges swirling around your head? Wonder no more – the East Africans have sorted this problem for you! You will need quite a few midges to make a kunga cake though. To make the cake, millions of midges are caught, compressed and cooked into cakes which resemble big stones.

We’re sure there are a lot of other cuisines around the world which are highly questionable and also highly delicious. Whether you want to ascribe to the ‘when in Rome’ rules or rather want to introduce your South African treats to your new community is up to you.