Language only South Africans will understand

Language only South Africans will understand 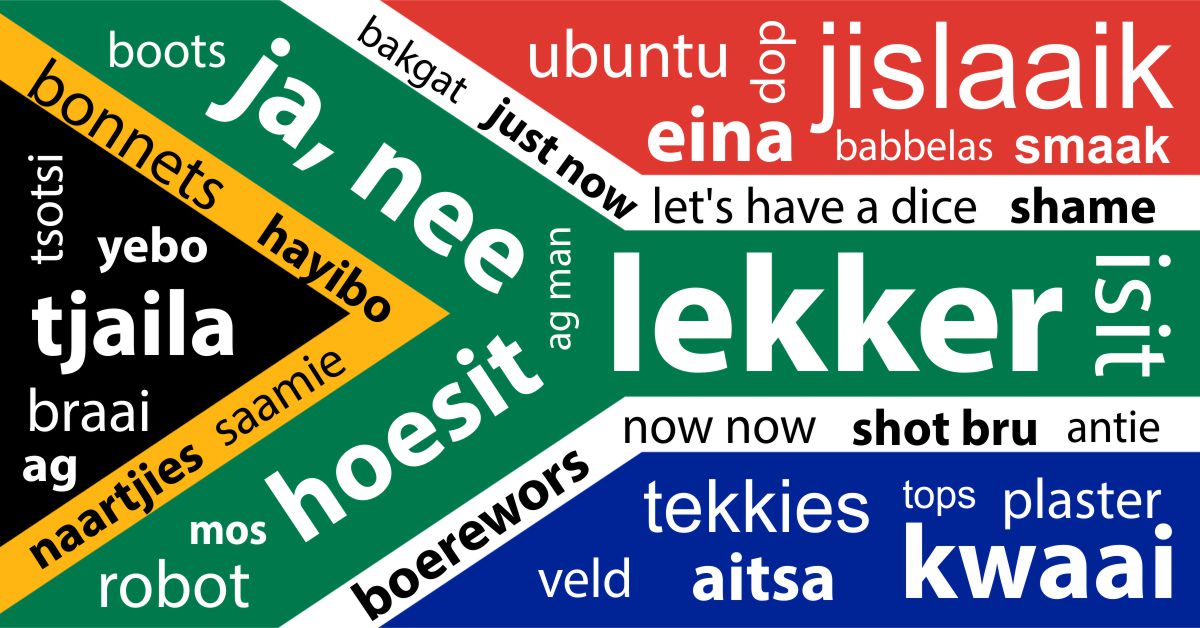 There are a lot of things that are uniquely South African – our weather, the way we drive, loadshedding, our music scene and love for rugby. But few things come close to the way we speak – something you will understand if you’ve emigrated from South Africa.

You may not be aware of this, but not everyone in the world speaks South African. And in honour of South African lingo, we’ve put together a list of slang and sayings that are only used within South African borders.

Talking about shooting may get you shot elsewhere in the globe. But if you’re South African, “shot” is pretty much a hybrid between “thank you” and “it’s all good”.

It’s such a shame the rest of the world only uses the word shame to denote something sad or negative. If you’re a South African, however, saying “ag shame” can be used to sympathise and also as a term of endearment for anything from little cuddly puppies to cute babies.

The rest of the globe also seems to have only one definition for a robot. Which, quite logically, is something robotic. Of course, in South Africa, talking about a traffic light will get you blank stares (*cricket-cricket*) because on our roads there are only robots.

No matter your mother tongue, in South Africa you will know when it’s tjaila time (especially on a Monday). This word, originating from Zulu, has been adopted into all South African languages and used to tell everyone when it’s time to go home.

Absolutely no one else in the world would even consider putting two opposites next to each other to express confirmation. But, of course, in South Africa we try to keep things exciting… by confusing the hell out of everyone. Ja, nee… that’s how we do it.

Afraid that we may succumb to that meaningless void the rest of the world refers to as ‘Africa time’, we’ve come up with an additional time marker – you know, to show how serious we are about time. So telling someone you will be there “just now” or “now now” is apparently a better indicator of when exactly this is going to occur. (We are aware of the fact that it sounds more vague than any other time indicator ever, but we’re ignoring this fact).

Nothing is as lekker as South African culture. And truly, there just isn’t a word as descriptive as “lekker” in other languages. Great, fun, exciting, delicious, pleasant, enjoyable – one word to describe it all. And you’ll only find it in South Africa.

The looks of shock and horror we awaken by telling people to put a plaster on their wounds is really quite amusing. But, of course, it’s quite understandable how this uniquely South African word for a band-aid could be misunderstood abroad. Plaster, after all, is something you put on your walls.

Once you cross South African borders, you refer to dice as something you roll when having a lekker gamble, or chopping your veg for your Jaime Oliver dinner. In South Africa, and especially in the Vaal triangle area, dices are those things okes with huge spoilers and dropped suspensions do on Friday nights.

There are loads more terms we can think of which no one else in the world will know how to use; braai, hayibo!, tsotsi, mos, yebo, veld, isit, naartjies, boots and bonnets. And if you’re feeling a little homesick, why not throw some safa slang into your daily conversation.

And of course, if you need a little more South Africa abroad, we can help you move your money offshore. Contact finglobal.com for more about our financial migration solutions.

Don’t call us, we’ll call you!