Home » The money that grew on trees…

The money that grew on trees…

Home » The money that grew on trees…

The money that grew on trees… 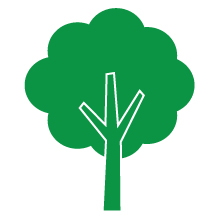 You can bet your bottom dollar that everybody you know, yourself included, has been asked the question – do you think money grows on trees? To which the answer would have been a sheepish ‘nooo!’

Remember when, in the 80’s, insurance companies like Sanlam and Old Mutual listed on the JSE all of us who had policies with these companies received our fair share of shares? And do you know how many people have forgotten about these shares?

Not to speak about the surplus funds generated in revaluation of shares that pension funds received on members’ behalf, which were to be allocated to the individuals’ pension fund accounts.

We’re talking about significant sums of money amounting to hundreds of millions of Rand! Subject to the individual pension funds’ terms and conditions, those members who resigned from its pension funds before the allocation dates, till this day, remain entitled to their fair share of these surplus funds – only thing is how does the poor fund know where to find its ex-members?

Now, this is not urban legend and nor is it a too good to be true tale. It’s fact – so much so that the Association of Savings and Investment South Africa has charged insurance companies and pension funds to trace beneficiaries of these orphan shares and policy monies and to pay out these funds as a matter of priority.

Policyholders worked hard for their money and as impossible as it may seem many have forgotten or could never have dreamt of being owed surplus funds. Collectively we’re talking about unclaimed policies in excess of One Billion Rand! That’s a lot of money …

We’ve all known since Pa fell off a bus that money doesn’t grow on trees so why not come out of the woodwork and help the insurance companies find you – because they’re ready to pay out your fair share of what’s still due and owing. For a free personal investment report start here!