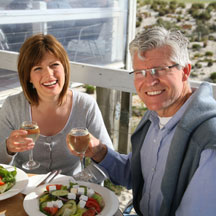 “Oorsee?” Cashkows.com is delighted to bring you our new film review feature: Popcorn & Biltong. See movie previews before they arrive on the glittering ShowMax screen. Watch the previews and then set a date in your diary to enjoy them with some popcorn, biltong and ShowMax, in the comfort of your own living room!

Vir Altyd: Hold tight to your heart, because this movie will steal it

If you want to treat yourself to a wonderful romantic adventure film that’s set in the heart of Africa, then Donnalee Roberts and Ivan Botha’s film Vir Altyd is the movie for you.

Launching on the 13th of March 2017 on ShowMax, Vir Altyd is set to charm TV watchers across the globe. Heralded as the ‘most successful’ Afrikaans film to date, it has already earned more than R15 million at the box office, and now you can watch (and re-watch) it in the comfort of your living room.

Start streaming the movie and get ready to immerse yourself in the tale of Nina and Hugo, two childhood sweethearts that drift slowly apart as life takes them in different directions, only to meet again at Nina’s fairy-tale wedding.

Fortunately for these star-crossed lovers, Nina’s wedding turns into a disaster when Nina’s fiancé abandons her at the altar. After a wild night of partying Nina persuades Hugo to join her on her honeymoon. But the story doesn’t stop there, things heat up as they arrive in Mauritius and become entangled in the lives of other couples on the island.

Set against the tropical island of Mauritius, these two leading actors and other industry veterans like Elize Cawood and Ilse Roos persuade the audience to believe in the enduring nature of true love.

Watch this space for more of our Popcorn & Biltong film reviews.

Showmax is an internet TV service. What’s that? For a single monthly fee, get all-you-can-eat access to a huge online catalogue of TV shows, movies, kids shows and documentaries. Start and stop when you want. No ads. Stream ShowMax using apps for smart TVs, smartphones, tablets, computers and media players. Manage data consumption using the bandwidth capping feature. No internet? No problems – download up to 25 shows to smartphones and tablets to watch later. ShowMax was born in 2015 and is part of the Naspers group, currently available in more than 60 countries.

Send us a message

Leave your details below including a short message and a financial consultant will contact you.

You have Successfully Subscribed!

Subscribe to the FinGlobal newsletter to receive all the latest news and information regarding our services and South African Expats.


You have Successfully Subscribed!

Subscribe to the FinGlobal newsletter to receive all the latest news and information regarding our services and South African expats.